Collaborating for Climate Conservation in California

Californians have endured a series of devastating climate disasters in the past year. In 2020, over 4.2 million acres burned across the state, 10,000 structures were destroyed, and 31 people lost their lives in the West Coast’s worst fire season on record. In September, a heat wave broke temperature records in Los Angeles County, which recorded a high of 121 degrees. Meanwhile, Southern California is 3 degrees hotter than it was a century ago, and snowpack in the Sierra Nevada, which acts as a clean water reservoir for millions of Californians, is projected to decline at least 48 percent by 2100, contributing to water shortages that experts say will be made worse by longer and more intense droughts, punctuated by stronger, more dangerous storms.

Climate change is already affecting every Californian. But from extreme heat to flooding to air pollution, the risks are higher for low-income communities and people of color. A 2020 study found that communities with a history of discriminatory housing practices have more pavement, fewer trees, and higher average temperatures, which can contribute to severe health problems.

To ensure a healthier, more resilient future for all, we must draw on the power of parks and public lands to help slow the climate crisis, while protecting people from the disasters that they’re contending with right now. 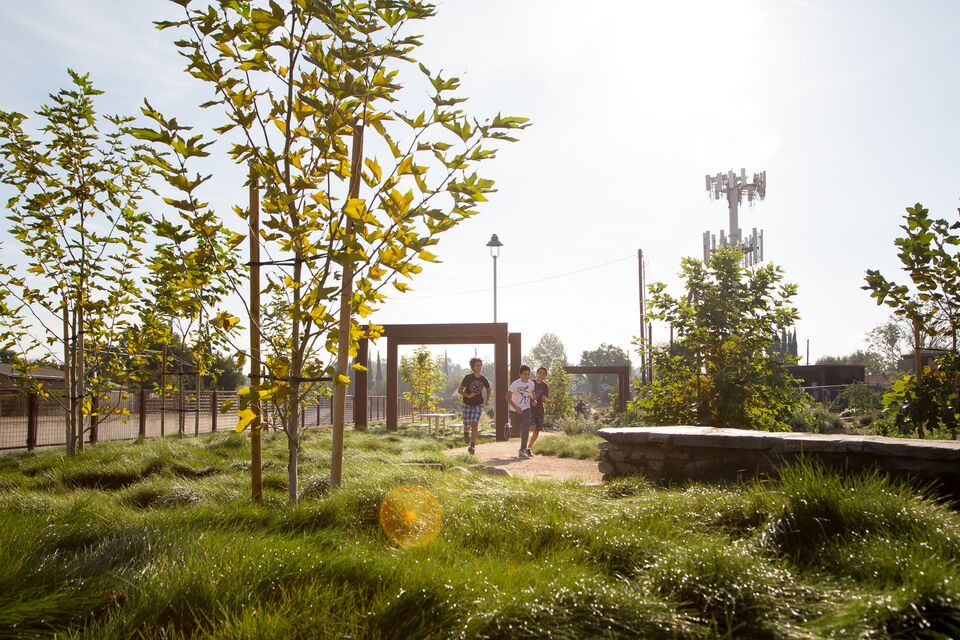 A 2020 study found that communities with a history of discriminatory housing practices have more pavement, fewer trees, and higher average temperatures, which can contribute to severe health problems.Photo credit: Annie Bang

That’s why, with support from JPMorgan Chase, we’re sharpening our focus on helping California communities plan and prioritize the park and open space investments that will make the most difference.

How parks and open space can help solve climate challenges

Healthy natural landscapes can store a lot of carbon in plants and healthy soil that would otherwise be released into the atmosphere, contributing to global warming. One recent analysis suggests that practices like reforestation and restoring coastal wetlands could absorb 21 percent of the United States’ carbon emissions.

Protecting open spaces near where people live can also make communities more resilient to the changing climate. On hot days, buildings and concrete absorb and intensify heat, meaning neighborhoods with less greenery heat up more than neighborhoods with plenty of shade trees and parks. This “urban heat island” effect explains why some parts of Los Angeles can be up to 27 degrees hotter than in nearby rural areas on hot days. But parks and open spaces in cities can help: In densely populated areas, the shade of a deep green park can be up to 17 degrees cooler than the surrounding neighborhood. 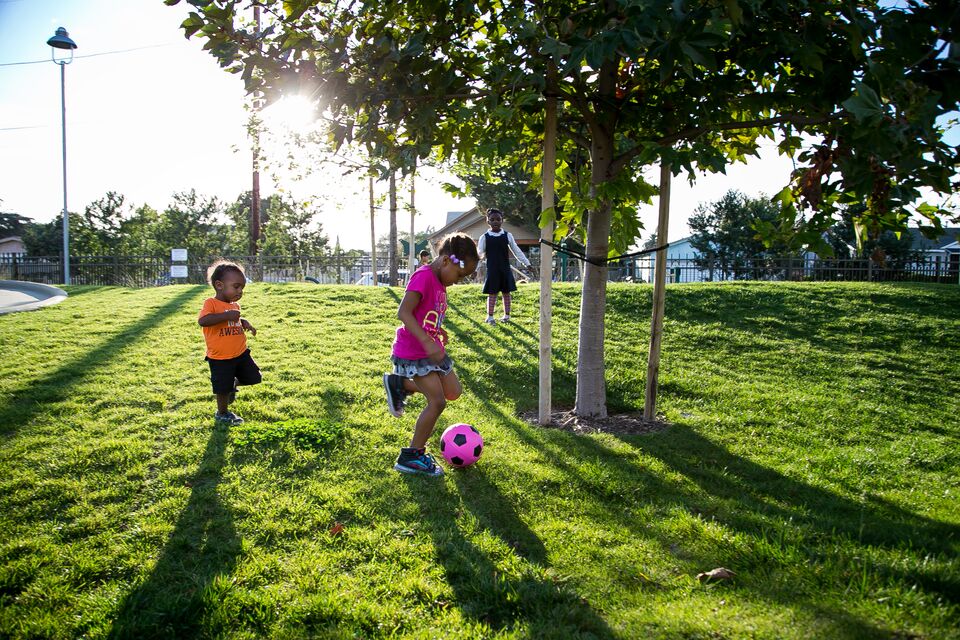 Meanwhile, climate change is worsening fire conditions, as the nation’s development patterns have put more people at risk. Development in the so-called “wildland-urban interface” increased more than 30 percent between 1990 and 2010. That’s why it’s important to conserve public land and manage it to reduce fire danger, while planning for population growth in a way that prioritizes new developments in areas with lower risk.

“We bank companies in every sector, so our business can play a unique role in addressing climate change and transitioning to a low-carbon economy,” says Mackenzie Huffman, Vice President of Sustainability at JPMorgan Chase. The company is backing climate resilience in California with a commitment to launch The Trust for Public Land’s new California Climate Conservation program.”

Thanks to collaborators like JPMorgan Chase, we’re sharpening our strategic approach to climate conservation in Central and Southern California. In the coming months, we’ll use our powerful data and analytics to help communities understand the climate threats they’re facing, and identify the park and open space investments that can help them withstand disasters. Leaning on 25 years of conservation finance expertise, we’ll identify new and existing sources of public funding for climate conservation. And we’ll strengthen and develop partnerships with communities of color and low-income communities to ensure that these nature-based climate solutions are meeting the needs of those who are the most affected by the climate crisis.

“Sometimes companies show up and want to help in the wake of a disaster, when what’s really needed most is prevention,” Huffman says, noting that investments in resiliency also make financial sense: according to FEMA, every dollar spent on disaster resiliency measures prevents six dollars in would-be recovery spending.

JPMorgan Chase is among the institutions making meaningful investments in a safer climate future. We’re encouraged by the Biden-Harris Administration’s executive orders on the climate crisis that lay out a vision to create a Civilian Climate Corps that will put a new generation of Americans to work restoring parks and public lands, and to conserve 30 percent of the United States’ lands by 2030. The scale and urgency of the climate crisis is daunting, but through strong leadership, ambitious policies, and new partnerships, together we can rise to the challenge.

Brendan Shane is The Trust for Public Land climate director.