Three hot-button issues that affect our public lands—and how you can help
By Trust for Public Land
Published May 3, 2019
Spread the Word

Public lands advocates like you helped score a big victory for parks and open space this spring, when the President signed a bill to permanently reauthorize the Land and Water Conservation Fund (LWCF). But that bill didn’t guarantee funding for this important conservation program—meaning the future of our parks and public lands is still subject to shifting political winds. And that means we still have work to do!

Next week, a group of volunteers will be gathering in Washington, DC, for The Trust for Public Land’s Day on the Hill. They’ll meet with their representatives and make the case for conservation, face-to-face. 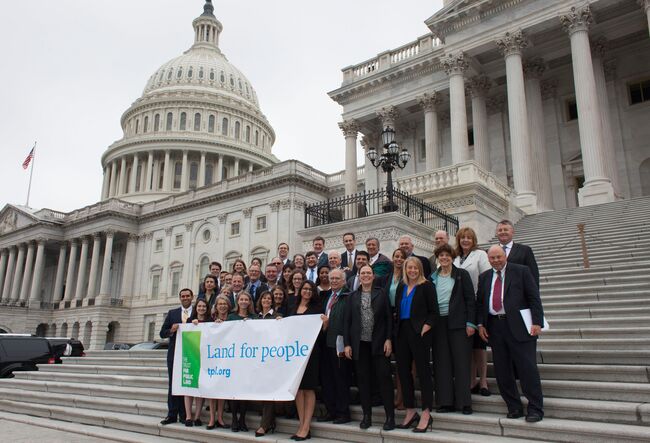 Senators and members of Congress juggle a lot of information. Our advocates help educate their representatives on the key issues that affect public lands.Photo credit: Elyse Leyenberger

But you don’t have to climb Capitol Hill to speak up for the public lands you love. Read up on these three big issues our volunteers will be tackling with members of Congress—and then contact your representative and let them know you value parks and open spaces.

Since 1965, LWCF has protected the nation’s most iconic landscapes and expanded access to outdoor recreation, without costing taxpayers a dime: the program is funded entirely by fees from offshore oil and gas drilling, meaning oil companies pay to create parks and protect open space. This ingenious solution is at the root of LWCF’s longstanding popularity with lawmakers on both sides of the aisle. (The bill to permanently reauthorize the program passed the Senate by a vote of 92-8.) 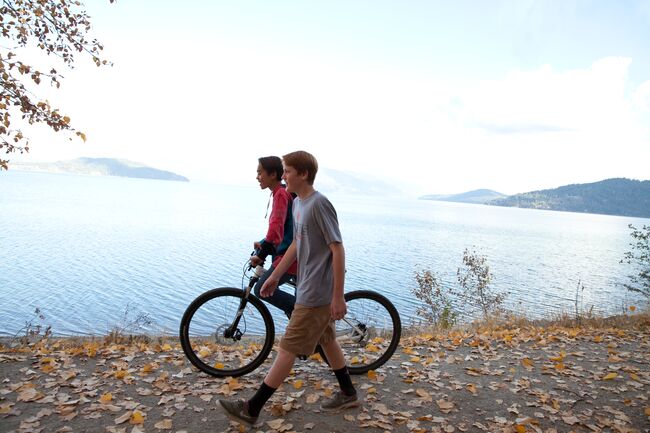 From close to home parks to faraway wilderness, LWCF helps communities protect the places they play outside. But the President’s proposed budget virtually eliminates funding for this crucial program.Photo credit: Annie Kuster

If LWCF is permanently reauthorized, then why are we still advocating for it? Imagine LWCF is a piggy bank. The bill passed this spring guarantees the piggy bank will always be there, but it doesn’t dictate how much money will go in. Congress could allocate up to $900 million for LWCF, but most years it appropriates less than half that amount, diverting funds that should go to parks and conservation to other sources. This year, the President’s proposed budget allotted just [TK million]—a fraction of the funding our parks and public lands deserve.

Next week, our volunteers will be urging their representatives to support the Land and Water Conservation Fund Permanent Funding Act. This bill would guarantee the full $900 million for LWCF every single year, ensuring Congress will never again be able to divert this needed conservation funding to other ends.

The Outdoor Industry Association reports that outdoor recreation and tourism generate 7.6 million jobs, $887 billion in consumer spending, $65.3 billion in federal tax revenue, and $59.2 billion in state and local tax revenue each year. Our 674 million acres of federal public lands in the United States are our shared heritage and source of wonder, and we have a responsibility to protect them.

But in 2017, the federal government announced it would shrink four national monuments: Bears Ears and Grand Staircase-Escalante in Utah, Cascade-Siskyou in California and Oregon, and Gold Butte in Nevada. This decision, currently being challenged in court, is an unprecedented and deeply unpopular attack on national monuments—and it undermines the Antiquities Act itself.

Our volunteers will be speaking up for two bills that can stem these attacks on the public lands we all share. The Antiquities Act of 2019 reinforces that only Congress can alter national monuments. America’s Public Lands Act prohibits selling our public lands without an act of Congress.

3. Use parks to address climate challenges

A growing body of research demonstrates how parks, nature, and open space can help cities adapt to the impacts of a changing climate while reducing carbon emissions and increasing carbon storage. Parks keep cities cooler in summer and absorb runoff when big storms hit, reducing the risk of flooding. Urban bike trails make it safer and easier for people to get around without driving. Community forests and woodlands, wetlands, and shorelines buffer people and properties from catastrophic storms, and capture and store carbon.

The Outdoor Recreation Legacy Partnership (ORLP) is a federal program that funds climate-smart parks and trails across the country. But the President’s proposed budget for 2020 eliminated funding for ORLP. So our Day on the Hill volunteers will be asking their representatives to support the Outdoor Recreation Legacy Partnership Grant Program Act, which would increase the program’s funding for the coming fiscal year, so more at-risk communities can protect themselves from the risks of climate change.

We’re standing up for the parks and open spaces that matter … but we can’t do it without your help. Sign the petition urging your representatives to support these important policies.