Saving a piece of the “old Jackson Hole” at Astoria Hot Springs Park
By Trust for Public Land
Published January 4, 2021
Spread the Word

Nikki Gill has deep roots in Jackson Hole. When her great-grandparents homesteaded in this remote mountain valley in northern Wyoming in the early 1900s, the town of Jackson was little more than a tiny village carved out of rugged territory used seasonally by the Crow, Gros Ventre, Blackfeet, Nez Perce, Bannock, Eastern Shoshone, and Sheep Eaters tribes. By the time Gill was growing up here in the 1980s and 90s, Jackson had become a gateway town welcoming visitors to Grand Teton National Park and Jackson Hole Mountain Resort. But Gill says its place on the tourist map didn’t dilute the town’s rustic, close-knit spirit.

That spirit shone at places like Astoria Hot Springs Resort, a no-frills spot on the banks of the Snake River owned and operated by Gill’s family. The main attraction was a big rectangular swimming pool, fed by mineral waters from a natural spring on the river’s edge. It was the valley’s only public pool, making it a summertime mainstay for local kids and families. “I basically grew up at Astoria,” Gill says. She helped her dad maintain the facilities, and worked the register at the snack shop, hooking her friends up with candy and soft-serve ice cream. 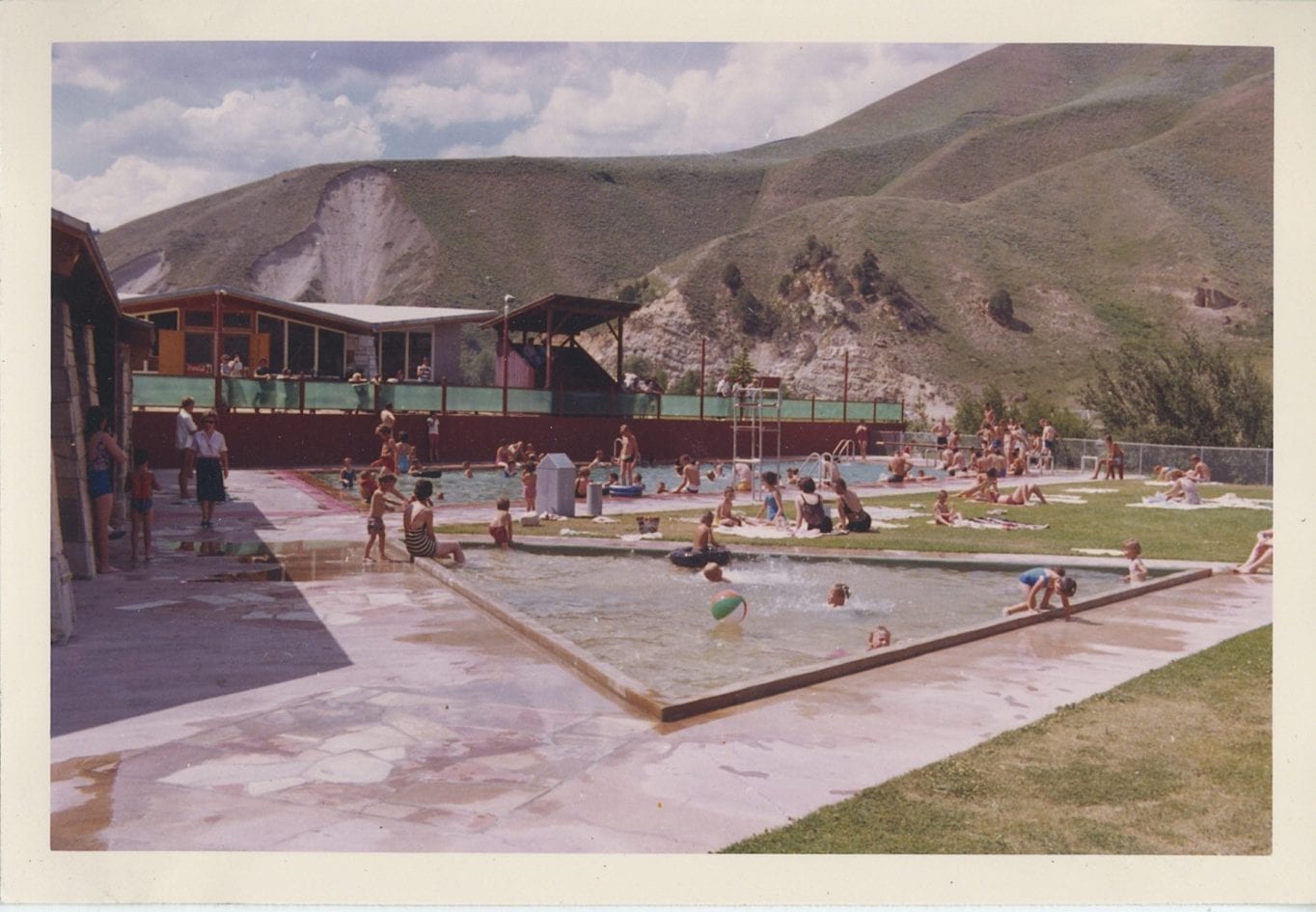 “I have these vivid memories of Astoria,” says Jim Rooks, another fifth-generation Jackson resident. His summer job growing up was helping his mom run Girl Scout camps in the field next to the springs, so he was there as often as anybody. “It had these basic locker rooms, pretty stinky if I recall, and one big pool that was almost always packed. Looking back it was pretty rough around the edges but we thought it was great,” he said.

“Astoria was a great equalizer,” Gill says. “I think a family pass for a whole summer was like $200, so it was within reach of basically the whole community.” Sadly, by the late 1990s, her family could no longer afford to operate the resort and were forced to sell the land. Rather than keep the pool open to the community, the new owner hung “No Trespassing” signs and quickly set about plans to build an exclusive, private golf course. “Practically the first thing he did was bulldoze the pool,” Gill says. Losing access to Astoria Hot Springs was a blow to long-time local families and visitors alike—and locals say it was part of a pattern of changes that have come to Jackson Hole in the past twenty years. With its low tax rates and unparalleled access to the outdoors, Jackson has emerged as an enclave for wealthy second homeowners, and property values have steadily climbed to where it’s now one of the most expensive communities in the nation. Along the way, Gill says shared places like Astoria have become increasingly scarce. “Over the years, we’ve had more and more private facilities spring up—more resorts and golf courses that have pools and amenities, but only for the select few who can afford it.” “Astoria has been a favorite local hangout for generations of Jackson residents,” says Nikki Gill. Photo credit: The Gill Family

The original buyer’s plans for the land would have put the ancient Astoria hot springs in the backyard of a private mansion. “I spent my whole life in Jackson watching more land become forever unavailable,” says Rooks, who taught high school and now serves on the town council. “That’s not just where Astoria was going. That’s where it was.” But Jackson residents weren’t ready to let it go without a fight.  A coalition of citizens and conservation groups organized to oppose the development on environmental grounds. “Throughout the process, the land changed hands a few times, and out of that crisis came the opportunity for the public to reclaim ownership of Astoria,” says Rooks.

“We had 20 years of wishing and hoping we could return Astoria to the community,” says Paige Byron Curry, a longtime local who worked at The Trust for Public Land in 2012 when the organization joined the effort to save Astoria. The Trust for Public Land began working with Jackson residents on plans for what a new Astoria Hot Springs could look like, with soaking pools and 100-acre riverfront park. We also helped raise money to purchase the property and transfer it to a newly created local nonprofit, the Astoria Park Conservancy. “When we started the community outreach process, we heard over and over from residents, ‘I don’t want you to bring Astoria back if it’s just going to become another resort that’s too expensive for all families to enjoy.’ That’s why we came up with this nonprofit model, to ensure it remains affordable for everyday working families in the valley,” says Curry, who’s now the executive director of Astoria Park Conservancy.

Jim Rooks and Nikki Gill were among the dozens of residents who gave their time, ideas, and money to the effort to save Astoria. “It was years and years of work. It was a long process with a lot of hours put in by The Trust for Public Land to get this wonderful piece of history back to our locals,” says Gill. At last, in early 2020, The Trust for Public Land transferred the property to the Astoria Park Conservancy. This fall, Jackson residents gathered to celebrate the grand reopened of a beautifully redesigned Astoria Hot Springs Park, with several different soaking pools for people of all ages. Rooks says the result is a fun, affordable, family-friendly spot, and it’s especially meaningful because it’s “a total community endeavor. So many people were included in the concept, design, and construction, that we all feel like it belongs to all of us. Inclusivity doesn’t happen by itself—you have to make a concerted effort, and I’m so proud of everyone who helped make Astoria what it is.”

Gill says she’s looking forward to hanging out at Astoria again with her family and friends. But the new park means even more than that. “There have been so many changes that have happened in our community in the last ten or twenty years. Some have been positive, and some, from a local perspective, have been really sad,” says Gill, thinking of the families and local businesses that have been unable to make ends meet. “Reopening Astoria has provided a lot of hope for our community: that there’s still some good here, and that we can hang on to the community-oriented places and the small-town feel that we’re trying really hard not to lose.” 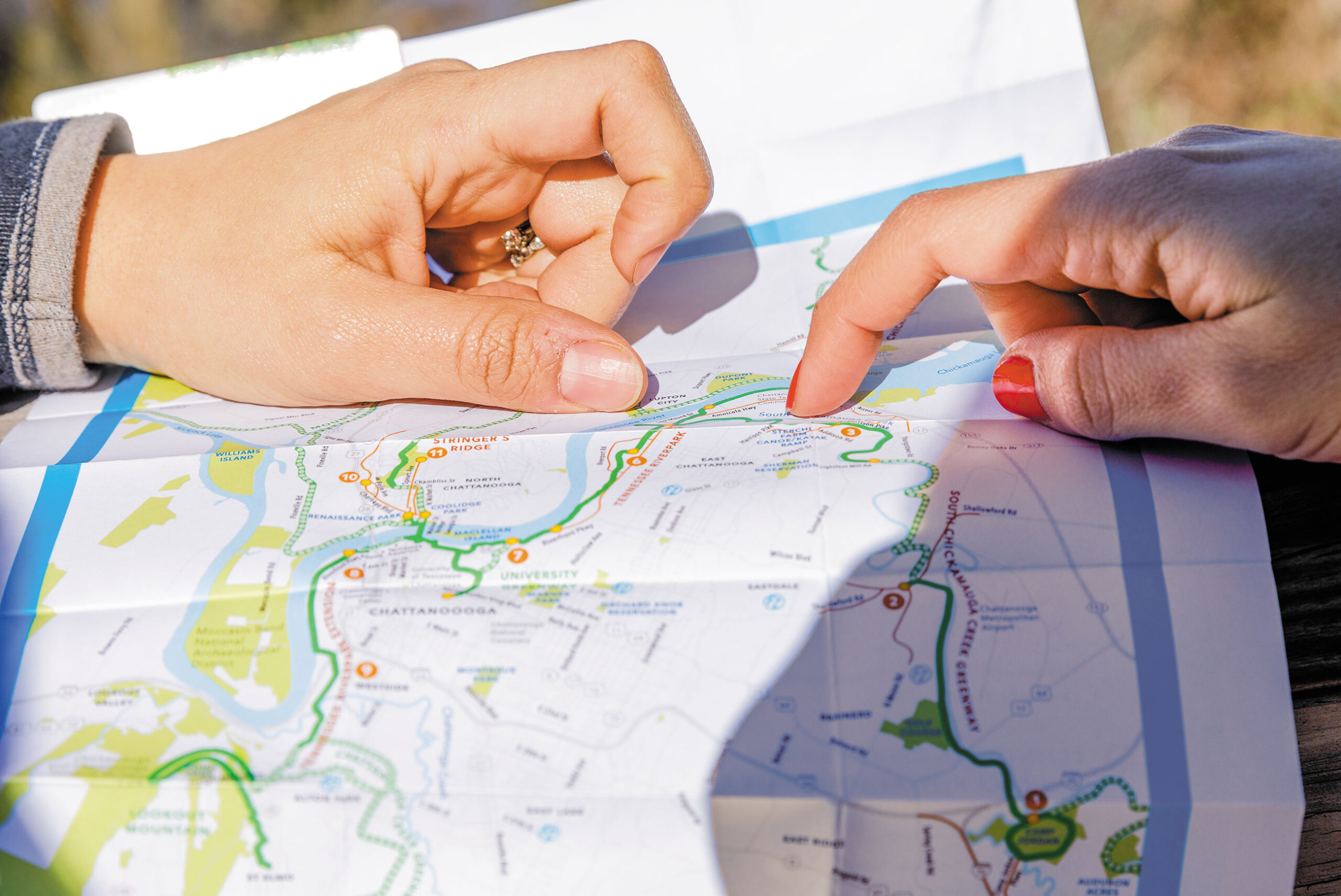