In New Hampshire, forest conservation pays for itself—and then some
By Trust for Public Land
Published October 14, 2019
Spread the Word

In New Hampshire, forest conservation pays for itself—and then some

There are a few reasons Bill Freedman likes fishing the Androscoggin River this time of year. “The bugs are down, the air is crisp, and the fall leaves are coming on,” he says. “And when I’m out in the stream, all I can see is trees—no sign of development.”

The first three he can’t control—they’re just the perks of life in Errol, a small town in the big woods of far northern New Hampshire. But the last of these, Freedman had a big role in making happen. He was part of the force behind the creation of the 13 Mile Woods, 7,100 acres of working forest that we helped the Town of Errol acquire starting in the early 2000s. This fall, Freedman and his neighbors are celebrating a milestone: 14 years after signing the deed on the first property, the town made its final mortgage payment on their community-owned forest. And thanks to smart timber management, creative financing, and diligent citizen oversight, they’ve cleared their debt six years ahead of schedule. 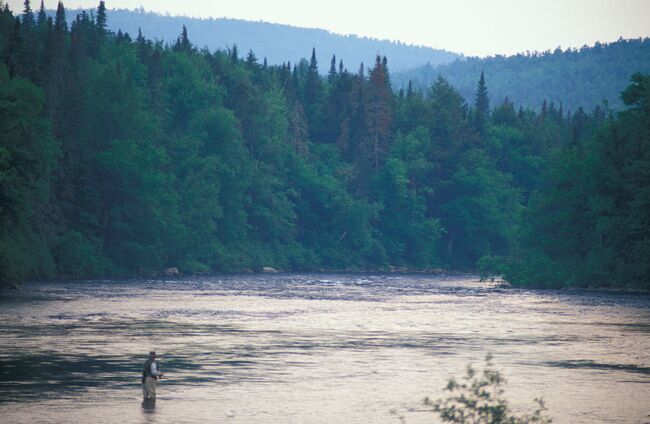 The Androscoggin River flows through 13 Mile Wood in the town of Errol, New Hampshire. At 7,100 acres, this conserved forest protects clean water and boosts the local economy.Photo credit: Jerry and Marcy Monkman

“All that’s left to do,” says Freedman, “Is figure out how we’re going to spend all this newfound wealth that the forest will now start bringing in.”

Errol residents were spurred to conserve their working forests by the expansion of a nearby federal wildlife refuge and shifts in land ownership away from local timber companies into the hands of corporate interests with few ties to local communities. “We were concerned that if these outside interests bought up enough land, Errol would have too much of its future in the hands of others, and not in control of the townspeople.”

Of particular concern was a big expanse of forest along Highway 16, a scenic route that follows the twists and turns of the Androscoggin River. It’s the main route into and out of Errol, a beautiful gateway beloved by locals and visitors alike. When the land went up for sale, a long-time resident named Fran Coffin pitched an idea at the annual Town Meeting: what if Errol bought the land?

“This land was important to us because forest products and tourism are the two economic driving forces for us up here in the boonies,” Freedman says. “We wanted to make sure we could practice sustainable timber harvest, so local loggers could harvest this crop. And we wanted to maintain the character of the land for tourism, and make sure there was game in the woods and fish in the water.” 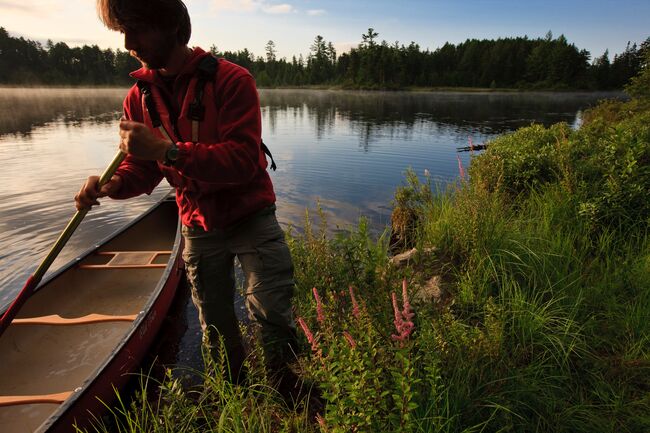 “This land was important to us because forest products and tourism are the two economic driving forces for us up here in the boonies,” Freedman says.Photo credit: Jerry and Marcy Monkman

These days, small towns in New England are familiar with the contemporary community forest movement—which is fast becoming a powerful tool to protect land, ensure local control, and strengthen the economy through timber harvest and outdoor recreation spending. Since the early 2000s, we’ve helped more than 25 towns establish community forests.

But back in 2004, says Freedman, “Nobody was thinking this way. Fran was one of the first to figure out how to make this work, and we’ve become the model for many other communities.”

Sadly, Fran Coffin passed away before the project was complete. Freedman was one of the people who carried this idea through, forming the Errol Town Forest Commission to figure out how a rural, working-class town of 300 people, with an annual budget of about $800,000, could afford to buy what would eventually come to $4 million worth of land, with a valuable crop of mature timber.

“People were generally in support of this idea,” says Freedman. “But this being New Hampshire, I’m not sure we would have gotten this done if we’d have had to raise our taxes to do it.”

So working with The Northern Forest Center, we helped Errol residents apply for tax credit programs, create a conservation easement to lower the land’s value (and ensure it will never be developed nor over-harvested), and secure funding from the federal Land and Water Conservation Fund. The remainder—$1.3 million—the community covered by doing what it does best: smart, sustainable timber harvest carried out year after year by small local logging outfits, generating just enough revenue to cover the mortgage payments. 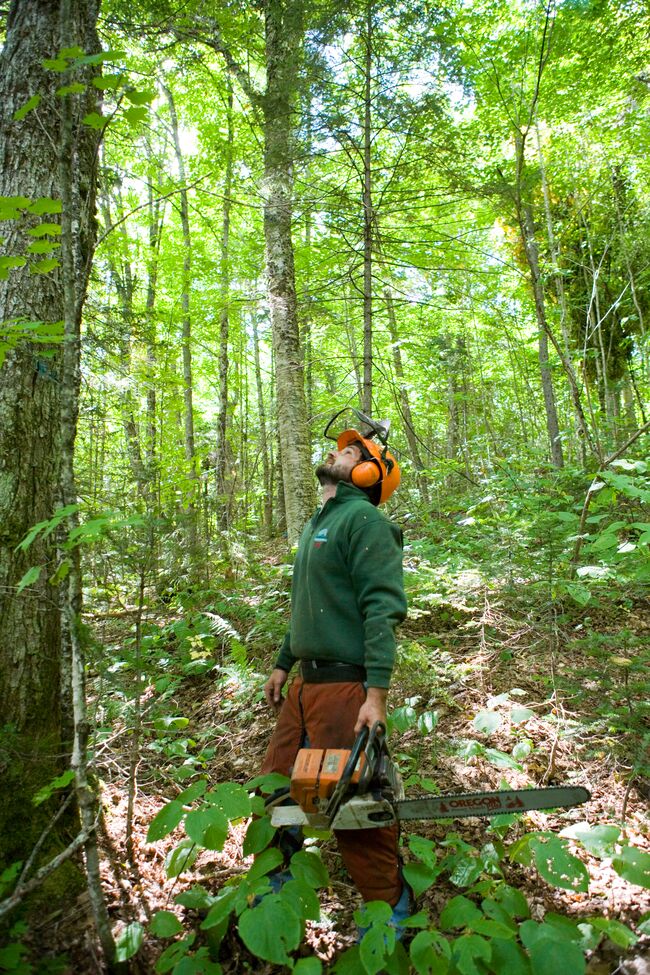 “When it came clear that we could use conservation as a tool to get $4 million worth of timber for $1.4 million? I like that deal,” Freedman says. Photo credit: Jerry and Marcy Monkman

Going forward, foresters anticipate being able to harvest over $100,000 of timber each year, and—with the mortgage paid off—it’s up to the townsfolk to figure out how to spend it. Freedman looking forward to the next annual Town Meeting, when residents will get together to debate and decide how to direct these funds. Freedman is partial to  exploring the option of using income from the community forest to develop a recreation management plan, to expand and improve the ways people can make the most of the 13 Mile Woods. Some folks have expressed interest in putting it toward the town’s general fund, lowering everyone’s overall tax burden.

“Now, as a town forest commission, we get to work out a plan, saying what we’d like to see happen with these funds for the next several years,” he says. “I’m sure we’ll have people who don’t like our vision, but we’re in the enviable position of being able to debate and decide together how to spend this money.”

It’s what the town has been looking forward to since 2004. “When it came clear that we could use conservation as a tool to get $4 million worth of timber for $1.4 million, and conserve our open space for people to enjoy? I like that deal,” he says. “We fell into the best possible situation.” 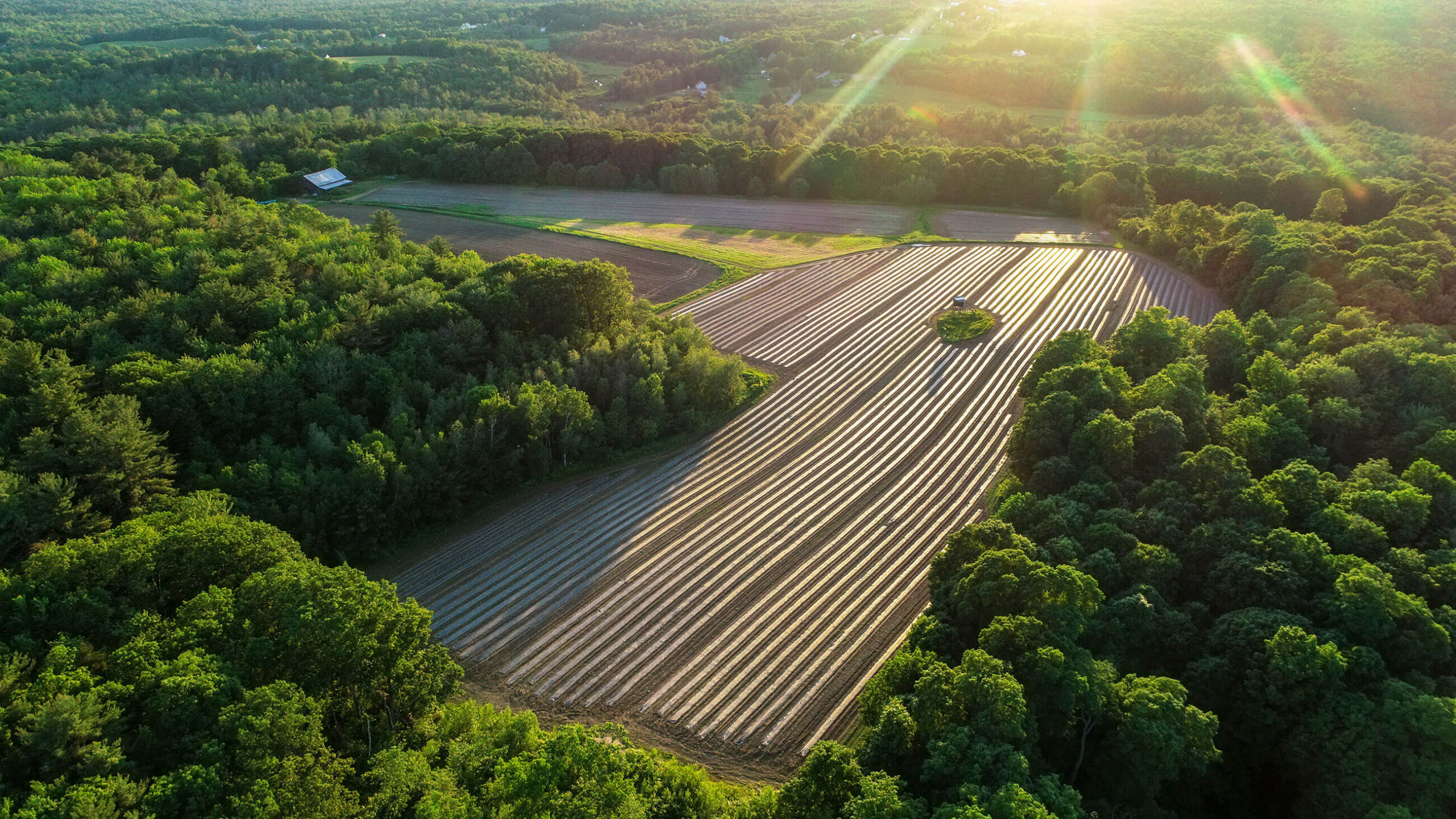 06 / 10
In New Hampshire, forest conservation pays for itself—and then some

07 / 10
For a struggling timber town, the way out of the woods is through the forest