Up for a challenge? Consider the Continental Divide—the over, around, and thru-hike
By Trust for Public Land
Published February 23, 2017
Spread the Word

Up for a challenge? Consider the Continental Divide—the over, around, and thru-hike

Thanks in part to movies Wild and A Walk in the Woods, the Pacific Crest Trail and Appalachian Trail are more popular than ever. The nation’s two most famous footpaths lure thousands of people each summer—so many, in recent seasons, that permits are sold out for months at a time, and trail stewards are debating how to manage the impact of the increased traffic on wildlife and plants.

It’s something to keep in mind as you plan your upcoming summer adventures. If you’re looking for the challenge of a lifetime –but hoping to skip the crowds—consider a trek along the Continental Divide Trail. A lesser-known cousin to the Appalachian Trail and Pacific Crest Trail, the Continental Divide Trail is a 3,100-mile route from southern New Mexico to the Canadian border, traversing some of the highest, loneliest, most rugged places in America. Most hikers consider it the toughest of the three.

“That trail kicked my butt,” says Myla Fay, a long-distance hiker who completed the trail a few years ago. Fay set her sights on the Continental Divide shortly after completing the 2,600-mile Pacific Crest Trail the summer before. “Don’t get me wrong—the PCT is a huge undertaking, and I’m not saying it’s easy in any way. Still, the Continental Divide Trail was way harder,” she says.

Fay started long-distance hiking after a long stretch of juggling three part-time jobs brought her to the brink of burnout. “I wasn’t sure what to do next, but I knew I wouldn’t regret spending a couple months in the woods first,” she says. In fact, she got hooked. “I loved the structure and simplicity of life on the trail, and I loved the physical focus and gaining strength. I got used to being outside almost all of the time. So after the PCT, the Continental Divide Trail seemed like the next logical step.” 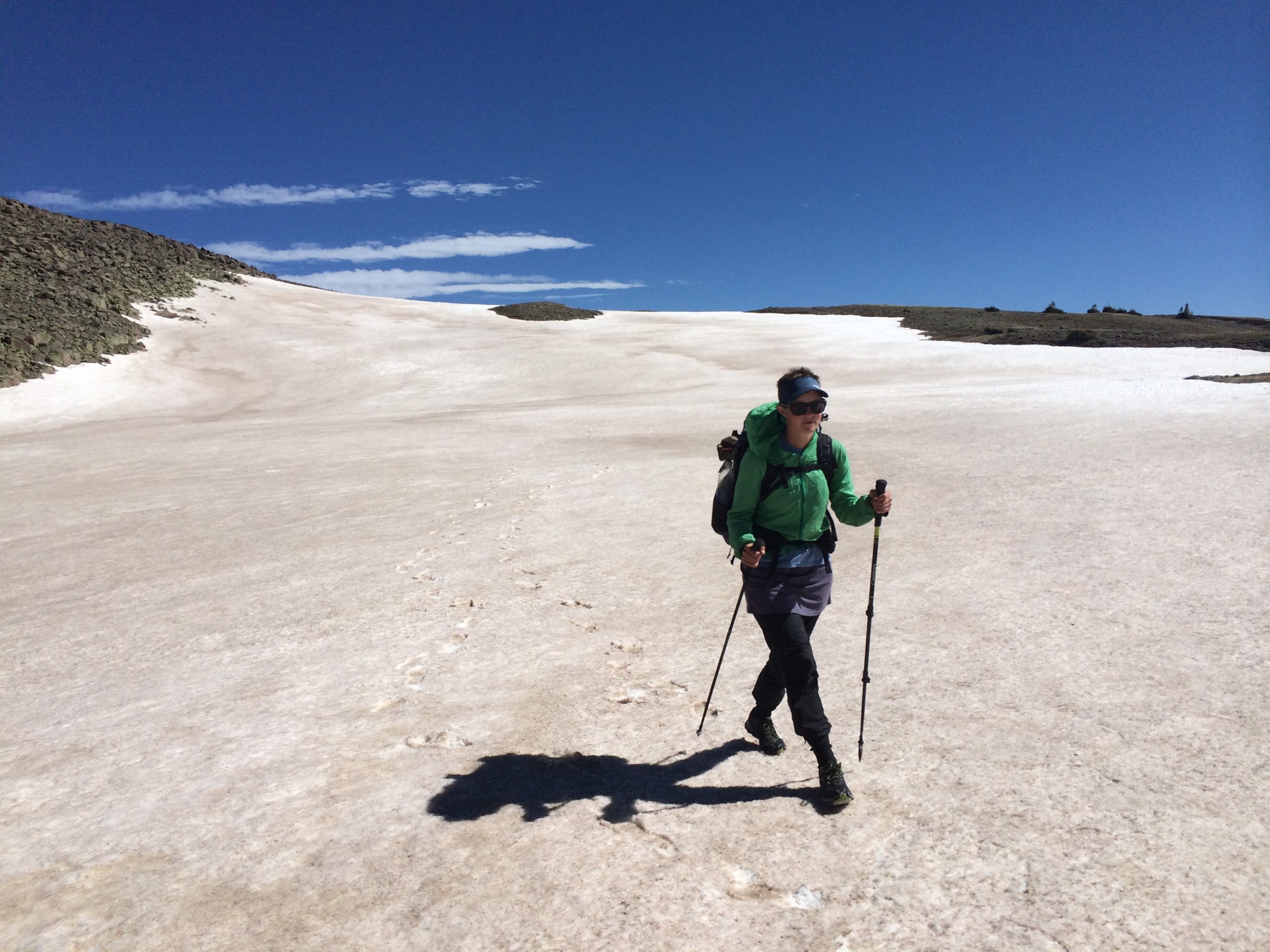 The summer that Fay hiked the Continental Divide Trail was one of Colorado’s snowiest in memory. She spent much of the trek through the state’s high country navigating over snowfields, and saw just two or three other thru-hikers the whole time.Photo credit: Myla Fay

The Continental Divide Trail has long been the ultimate challenge for ambitious hikers like Fay, says Teresa Martinez. She’s executive director of the Continental Divide Trail Coalition, a group that supports stewardship and hiker education. Martinez says folks typically don’t attempt it until after they’ve finished the Appalachian Trail or the Pacific Crest Trail, or both. “But lately there’s been this surge in interest in thru-hiking, and that has brought a wider range of experience levels and abilities to the Continental Divide,” she says. “We’re happy to see this trail get the attention we know it deserves.”

Fay said she used what she learned on the PCT to prepare for the Continental Divide—gathering maps, reading trail reports on sites like Backpacking Light, repairing gear on the cheap, and shipping boxes of trail-ready food and supplies to small-town post offices and resorts along the route. Even so, once actually underway, she found the Continental Divide Trail was a constant test of endurance, resourcefulness, skill, and judgment.

That’s because in a lot of places the Continental Divide isn’t a traditional trail so much as a vague route, says Fay. “On a given day you’ll know you’re going from point A to point B, but it’s pretty much up to you how you’re going to get there,” she says. Along the way, you might encounter a hillside of trees blown down in a winter storm, stacked like a giant’s jungle gym as far as the eye can see. Or the trail might fade out in a field of dense brush or a band of eroding cliffs, sending you back to your map and compass to find the safest way forward. “I was constantly checking maps and making decisions on the fly about where to take my next step,” Fay says.

Martinez agrees. “The Continental Divide Trail has always been a little different. It requires a particular mindset—even more so than with other long trails, you have to stay flexible and know your own abilities,” she says. 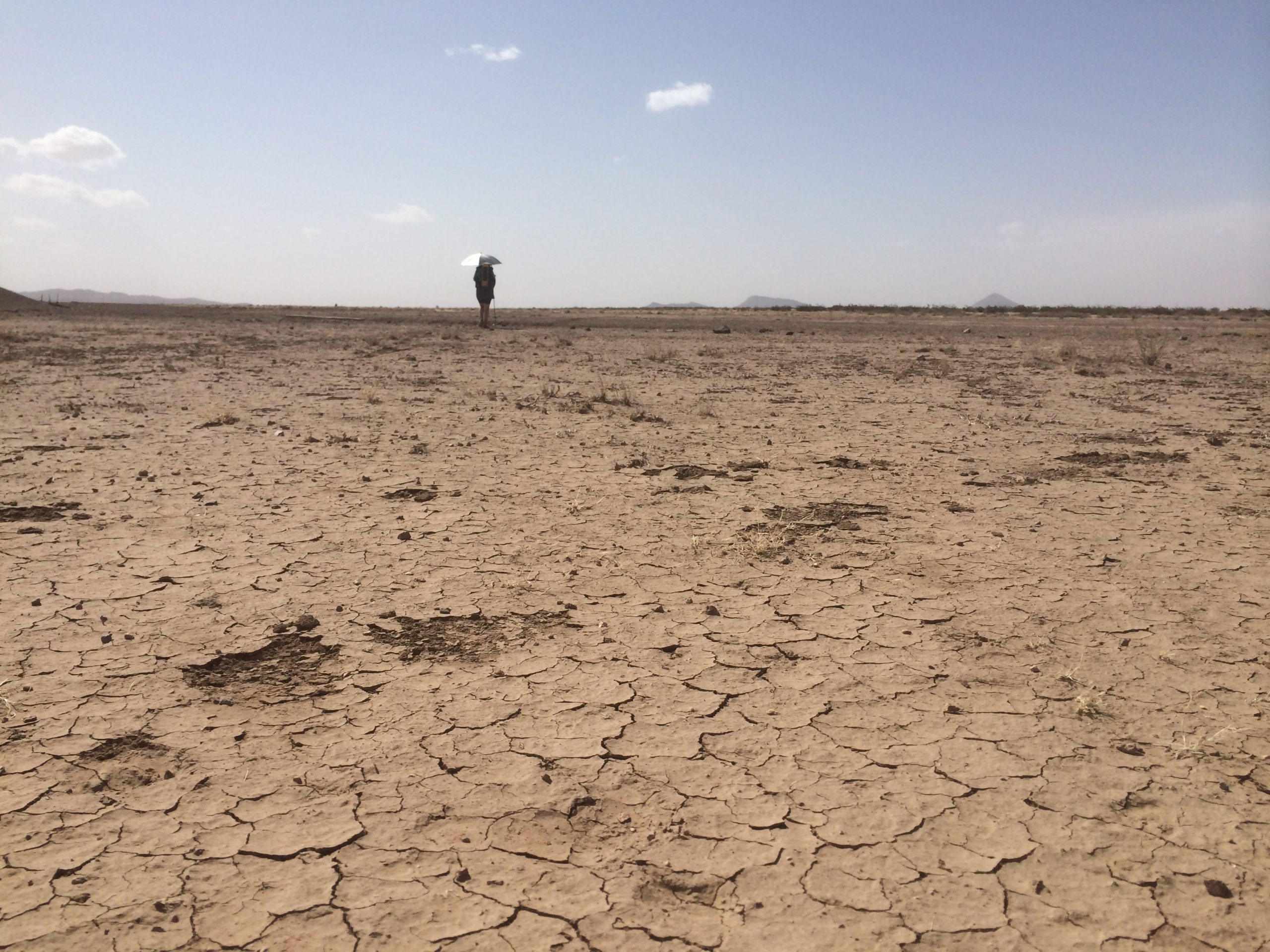 Tall peaks and snowfields weren’t the only challenges. The southern portion of the trail passes through remote desert-like areas, meaning hikers must arrange a water drop and ration it carefully.Photo credit: Myla Fay

When the trail was first established in 1978, more than 400 miles of the planned corridor was off-limits to the public. In some places, hikers must still detour onto logging roads, or even narrow highway shoulders. In others, they contend with locked gates, “no trespassing” signs, and time-consuming route finding around fenced-off property. “You’re trucking along, maybe it’s late in the day, and you know you need to go another couple miles before you can set up camp—and then you hit a locked gate and have to find a way around? That can be pretty demoralizing,” says Fay.

For decades, Continental Divide supporters have been working to protect land along the trail and open it to public. One example: The Trust for Public Land recently completed an effort to add 1,900 acres—including a mile of the Continental Divide route—to the Gila National Forest. Made possible in part by the Land and Water Conservation Fund, the project protects Bear Creek, a lush, forested haven in this otherwise arid region outside of Silver City, New Mexico. And where hikers are currently routed onto a dirt road, the Forest Service now plans to build a trail.

Today, thanks to efforts like this, public access on the Continental Divide is secure for all but about 200 miles of the 3,100-mile corridor, and hikers can travel on a dedicated footpath for 2,200 of those miles. Completing the route will make more of the rugged Rocky Mountains accessible to the public, and reduce its long-term environmental effects by concentrating hikers on a well-designed and resilient trail. “We are working to lower some of the barriers to people immersing themselves in the wilderness along the divide,” says Martinez. 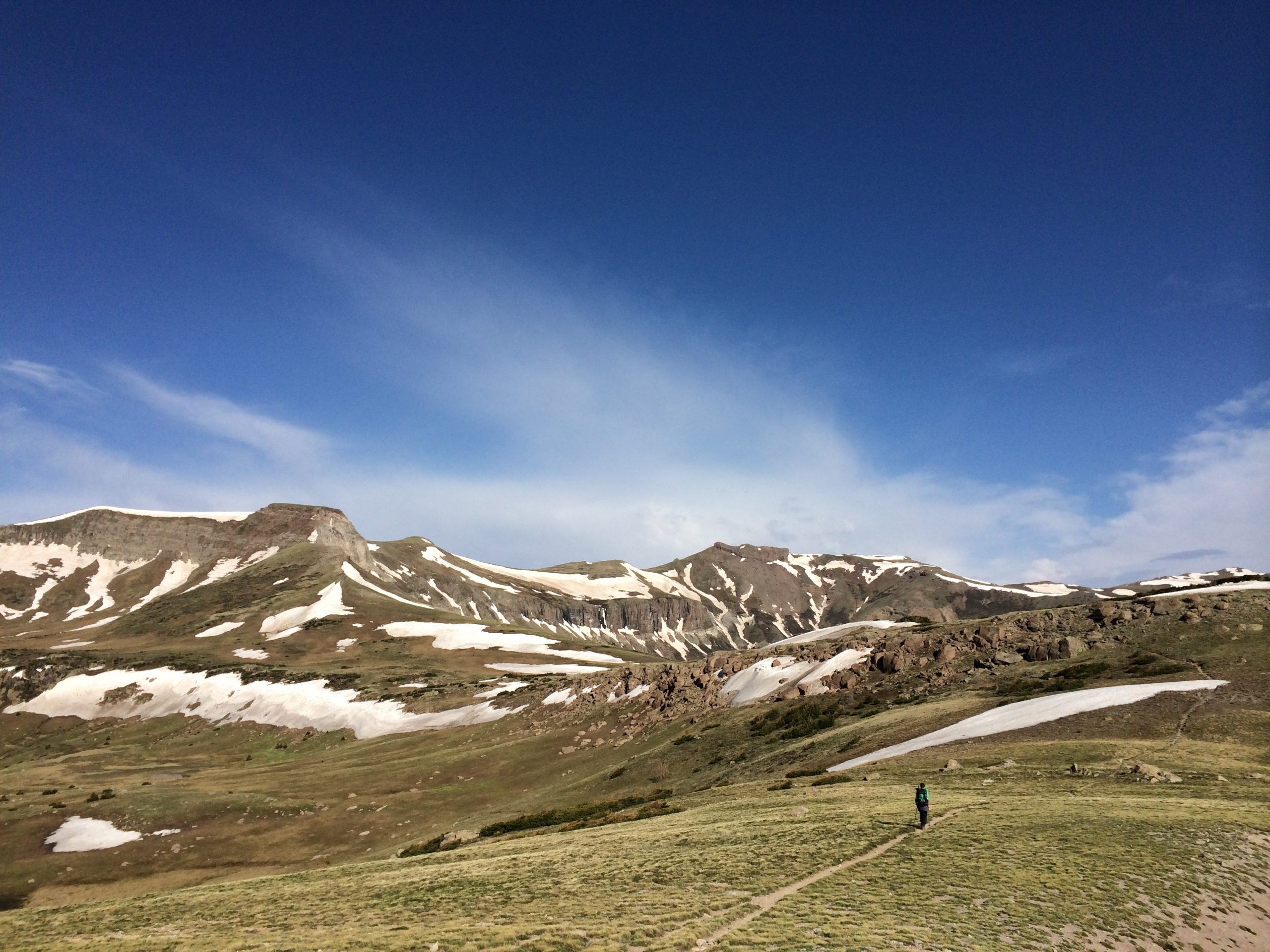 Just another day at the office for thru-hikers on the Continental Divide.Photo credit: Myla Fay

That said, many people are drawn to the Continental Divide in part because of its raw, unfinished edge. “The need to be constantly aware and making important decisions was taxing at times,” says Fay. “But that made every day that I moved forward and stayed on course feel like a huge accomplishment.”

“We’re working toward a distant goal of a complete Continental Divide Trail, but that doesn’t mean we’re trying to build a totally buffed-out experience with marking blazes on every other tree,” says Martinez. “Hikers will still need to make their own decisions. We want to protect that aspect of the trail’s character. Where else in life do we have those experiences—where  you have to find the answers for yourself?”

Planning your own thru-hike? Share your tips and stories with us in the comments section below. If you’re fired up about protecting public land for your adventures, help us defend the Land and Water Conservation Fund—the makes projects like this one possible.