The archaeological mystery in the ruins of a Southwestern pueblo
By Trust for Public Land
Published July 11, 2017
Spread the Word

The archaeological mystery in the ruins of a Southwestern pueblo

Imagine you lived early in the 14th century, in what we now call New Mexico. Long before Europeans ever set foot here, you might have made your home among sparse pinyon pine and fragrant juniper, in a landscape cut by a maze of dusty arroyos. Imagine gathering corn, drying it on your rooftop and stockpiling it in a storeroom built from earth and timber. You would have relied on this harvest to survive lean times. What would make you burn the whole thing down?

That’s the mystery facing archaeologists at the aptly named Burnt Corn Pueblo, south of Santa Fe. To the untrained eye, it doesn’t look like much: a few low mounds, some shards of stone and pottery, and chunks of charcoal scattered on the ground. But for James Snead, a professor at California State University, Northridge, the site holds clues about what life was like here more than 700 years ago. 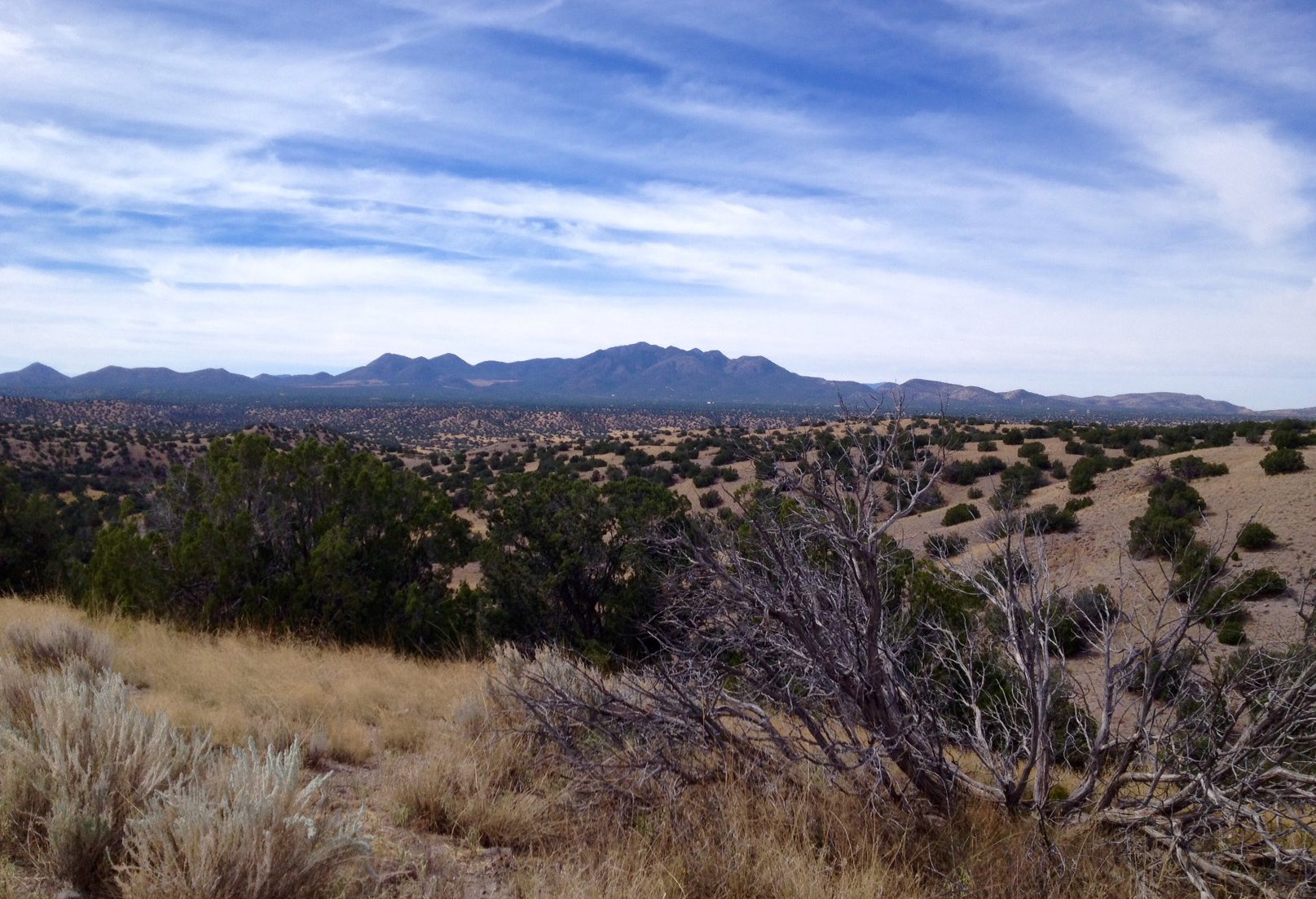 700 years ago, a pueblo village stood on this site in the Galisteo Basin southwest of Santa Fe. Photo credit: The Trust for Public Land

Snead was captivated by the ruins of the pueblo from the first time he saw it, back in 1999. “There are thousands and thousands of archaeological sites in Northern New Mexico, but this one grabbed me,” he recalls. “Right away the burnt corn scattered on the ground indicated something out of the ordinary.”

Snead collected pieces of burned wood—the remnants of roof supports on adobe dwellings—and sent samples to the University of Arizona. Using tree-ring dating, or dendrochronology, experts were able to determine that the trees cut down to build the pueblo were felled between 1290 and 1302. The fact that the samples were all the same age indicates that the timbers were never replaced, which in turn suggests that the village was occupied for less than 20 years. Based on this evidence, Snead concluded that it was sometime between 1302 and 1310 when the village was destroyed by fire.

“We think it burned in autumn,” Snead adds, “because the corn we found was still green enough to bubble a bit, but dry enough to burn. In archaeology, that’s incredibly precise. You do not get any better than that.” 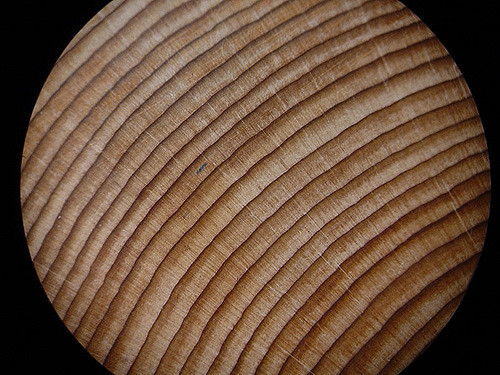 By cross-dating samples of charred roof timbers found at Burnt Corn Pueblo with the established dendrochronological record of the greater Southwest, Snead’s team determined when the trees were cut to build the village.Photo credit: Flickr user lynx81

Dendrochronology can tell archaeologists when the pueblo burned, but it can’t tell them why.

Wildfire is a possibility, but Snead thinks it’s unlikely. The area near the village would have been stripped of fuel by people gathering firewood. Plus, archaeologists have built and burned replica pueblos—and they’re actually pretty hard to destroy. “For the roofs to burn like they did here, you’d probably have to light them from the inside,” Snead says. “So it seems likelier that this village was burned intentionally,”

Was it an act of war? Petroglyphs in the area depict violence, weaponry, and shields. But other indications of a battle are absent. “The site has a neatness to it,” Snead says. “The fireplaces had been sealed up. Storerooms were empty. It’s possible—and again, every bit of this is arguable, but it’s possible—that the people of Burnt Corn did this deliberately.”

“Whether it was open warfare or not, this seems to have been a stressful time,” says Snead. “In some interpretations of a traditional Pueblo worldview, if bad things were happening—strife, drought, you name it—a change was needed. The people who lived here might have decided to decommission their village and start over elsewhere.” 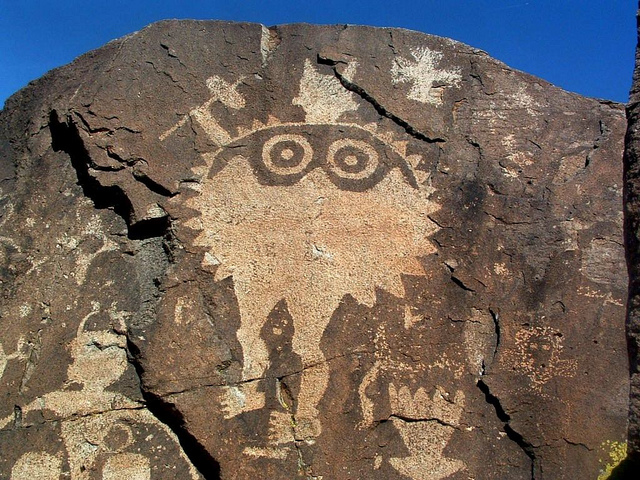 Rock art found elsewhere in the Galisteo Basin—like this shield-wielding figure on a private ranch nearby—depicts scenes of aggression, but Snead says Burnt Corn Pueblo may not have been a casualty of war.Photo credit: Flickr user glyphwalker

Snead says he favors this explanation, but, “if you ask ten archaeologists about this, you’ll find five who disagree with you.” More interesting than the answer, to Snead, is the opportunity—rare, in the field of archaeology—to question a single moment in time.

Another turning point in the long history of the Burnt Corn Pueblo history came this year, when The Trust for Public Land helped transfer an unprotected portion of the site to the Bureau of Land Management. Widely supported by pueblo tribal governments in the region, the move clears the way for future access to adjacent public land for hikers, bikers, and horseback riders from the growing Santa Fe metro. A watch group made up of volunteers and retired archaeologists will work to keep the site secure.

“Sites like this are vulnerable,” Snead says. “All it takes is someone with 15 minutes and a shovel to do tremendous damage to sites like this that help us understand the past. Public ownership, management, and protections tend to be a pretty good solution for caring for our archaeological resources.”