Pave paradise? Not on her watch
By Trust for Public Land
Published January 10, 2018
Spread the Word

Pave paradise? Not on her watch

Two-dozen shouting children helped cut the ribbon at the grand opening of the White Oak Savanna, a new park in West Linn, Oregon, in September. The event drew hundreds of people, in fact, including staff for U.S. senators and congress members, city officials, and the mayor.

But if you’d asked a neighbor in the crowd how the new park came to be—who was behind the years of door-knocking, fundraising, and weed-pulling that led the community to that day—odds are they wouldn’t name any official or visiting dignitary. They’d point instead to the indefatigable Roberta Schwarz. 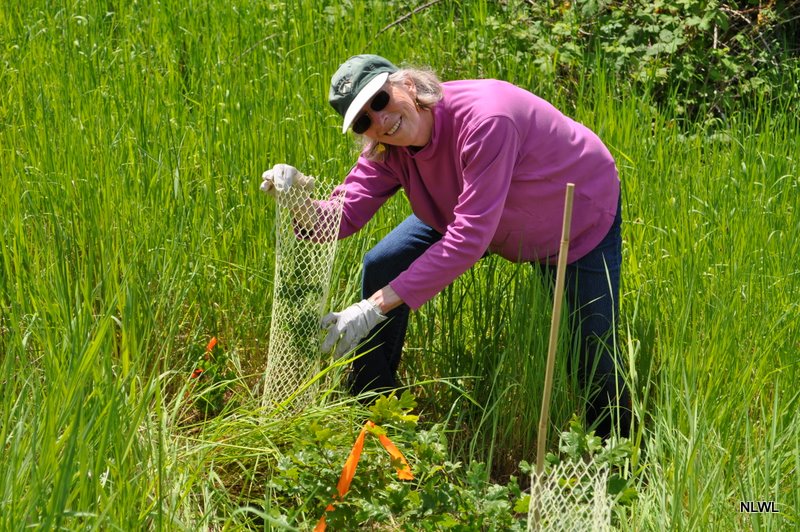 A retired teacher and social worker, Roberta first laid eyes on the land that would become the White Oak Savanna 14 years ago, as a newcomer to this quiet suburb south of Portland. She and her husband, Ed, were taking a morningstroll—getting acquainted with their new neighborhood—when they noticed a steep hillside surrounded by houses.

The hill was choked with invasive blackberry thickets, but something about it called to them. “Once we got in off the road a little ways, it was like we’d discovered a secret garden,” says Roberta. “It was a beautiful, mature white oak savanna, and from the top of the hillside you get this outstanding view of the Willamette River Valley.” 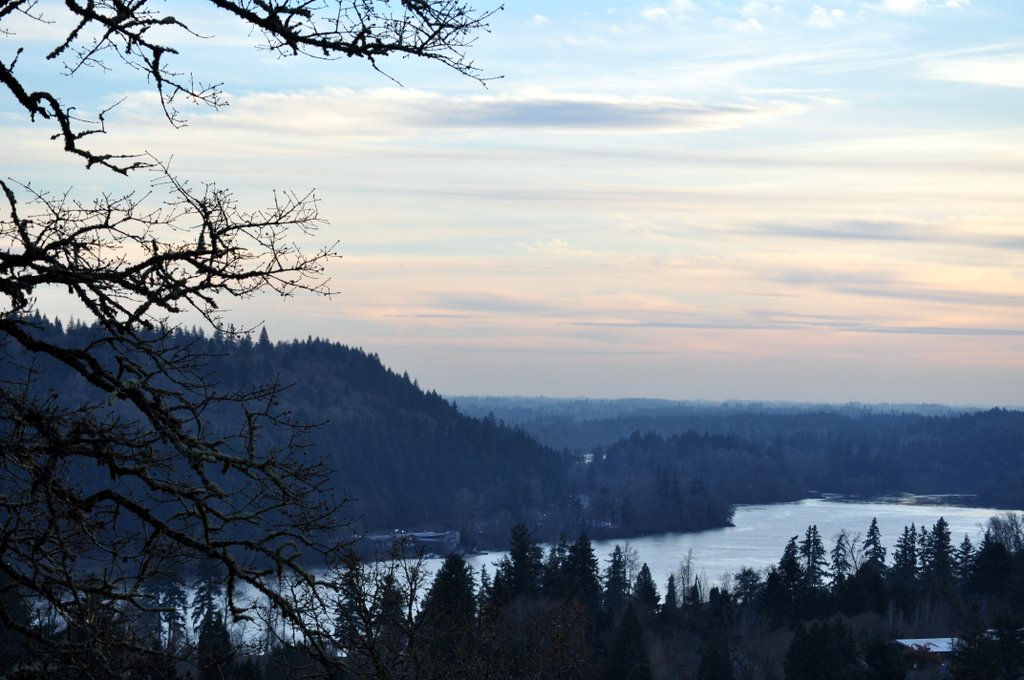 The Willamette River Valley from the top of the White Oak Savanna.Photo credit: Roberta Schwarz

The potential was obvious to Roberta: she wanted the land restored and opened to the public. But where she envisioned a park, most people—understandably—saw only weed-infested hillside. Not long after that evening walk, the Schwarzes noticed red flagging on trees near the road: the 20-acre property was slated to become a 280,000-square-foot commercial development.

Undeterred, Roberta contacted Owen Wozniak at The Trust for Public Land. “When Roberta first called me, there were some big hurdles in the way of this project,” says Owen. “The property was expensive, there wasn’t any public funding lined up, and habitat-wise, it was fairly degraded. Not to mention, plans for the new development were well underway.”

None of it could shake Roberta, who began to build a coalition of supporters for the park. Park supporters appealed to the city, worked with grant writers to scrape together funding, and kept the project in the papers with community events. Roberta even got permission directly from the songwriter Joni Mitchell to use her song, “Big Yellow Taxi,” at presentations and at events. 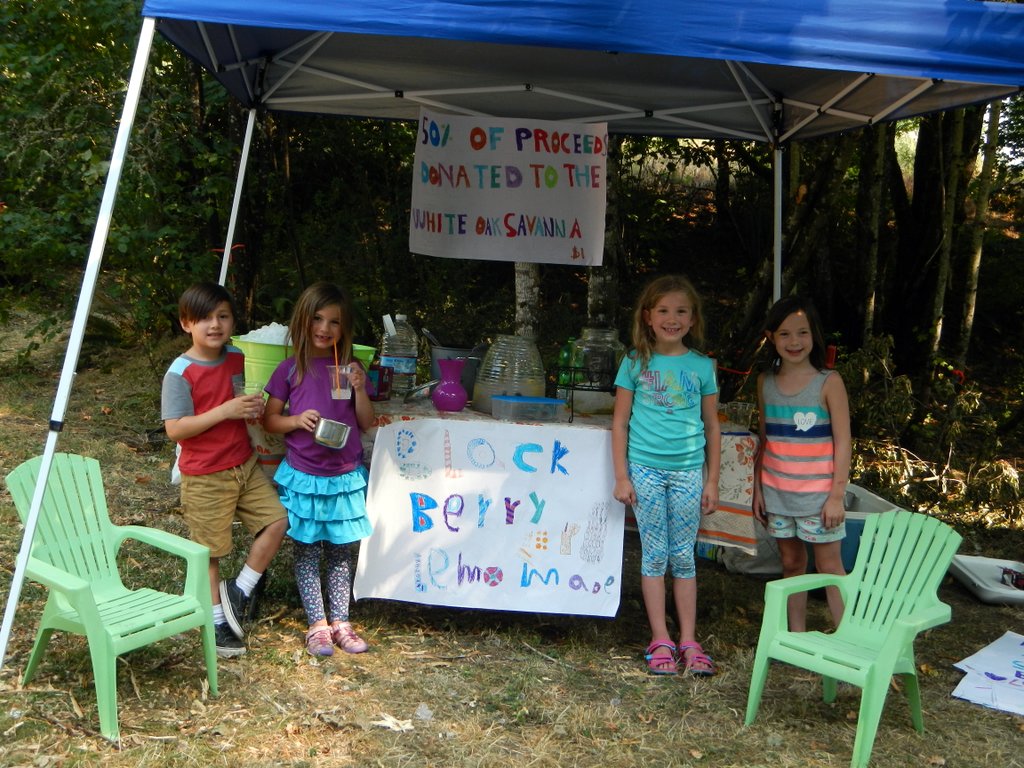 The park’s backers raised hundreds of thousands of dollars over the years, much of it through grassroots community events and fundraisers like these.Photo credit: Roberta Schwarz

By 2009, the park’s backers had made enough headway—and cash—to purchase 14 of the 20 acres, an unlikely and hard-fought success by any standard. “We felt pretty good about it,” says Wozniak, but there remained six acres still vulnerable to development—and Roberta wasn’t finished.

All the while, Roberta was rallying volunteers to rehabilitate the white oak savanna habitat. By the day of the ribbon-cutting, more than 2,000 people—from preschoolers to retirees, neighbors, exchange students, members of nearby tribes, and politicians—had put in 14,000 volunteer hours to remove blackberry vines, improve trails, and give native species a chance to recover and thrive.

“That just goes to show you how many people believed in this place, wanted to see it saved, and were happy to get their hands dirty to help,” says Roberta. 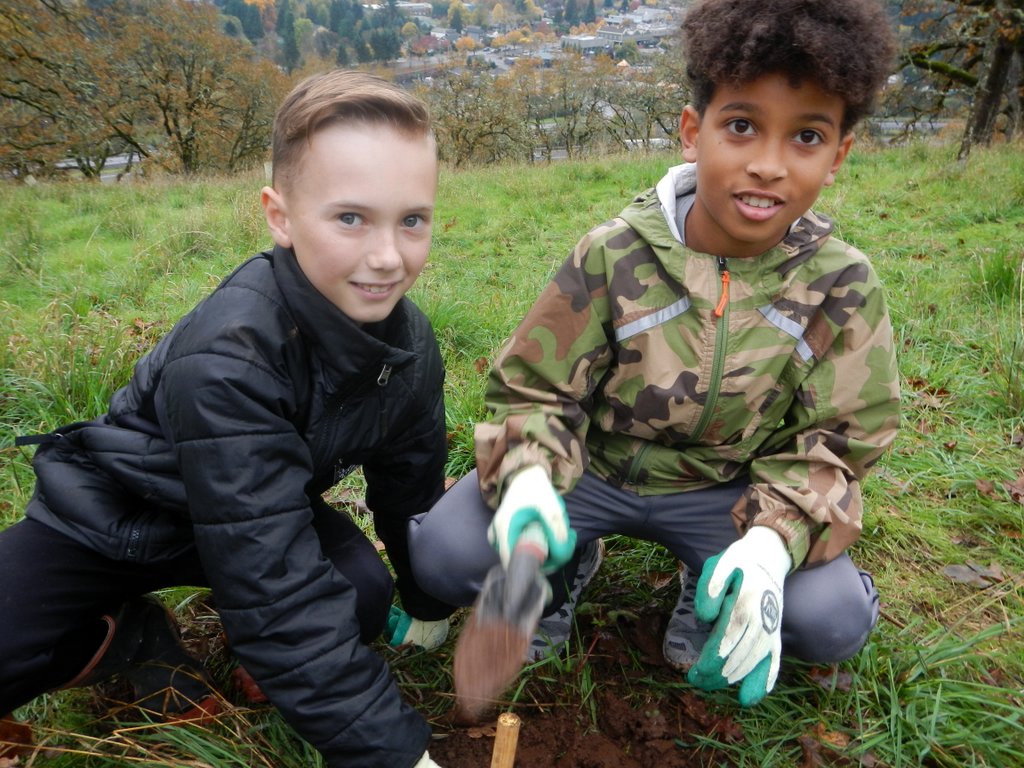 Hundreds of volunteers, from preschoolers to retirees, neighbors to exchange students, pitched in more than 14,000 hours of hard work to restore the White Oak Savanna.Photo credit: Roberta Schwarz

“There’s emerged a better understanding of how rare and valuable this sort of forest is in our area,” Wozniak says. “The habitat at this site has come a long way thanks to all the volunteer work. People who were skeptics about the ecological value of this site when we began are now talking about what a great place it is.”

The land isn’t all that’s changed over the long journey to the White Oak Savanna. “I didn’t know anything about creating a park when I started,” Roberta says. “We had a lot to learn, and a lot of people’s minds to change—and there were times over the years when it looked like the whole thing was going to fall through. But each time we encountered a challenge, we’d sit down, think it out, and find a way to keep moving forward. We just took it one step at a time.”

Wozniak puts it this way: “Roberta Schwarz does not give up.”

08 / 10
Staying close to home this spring? Plant a pollinator garden.