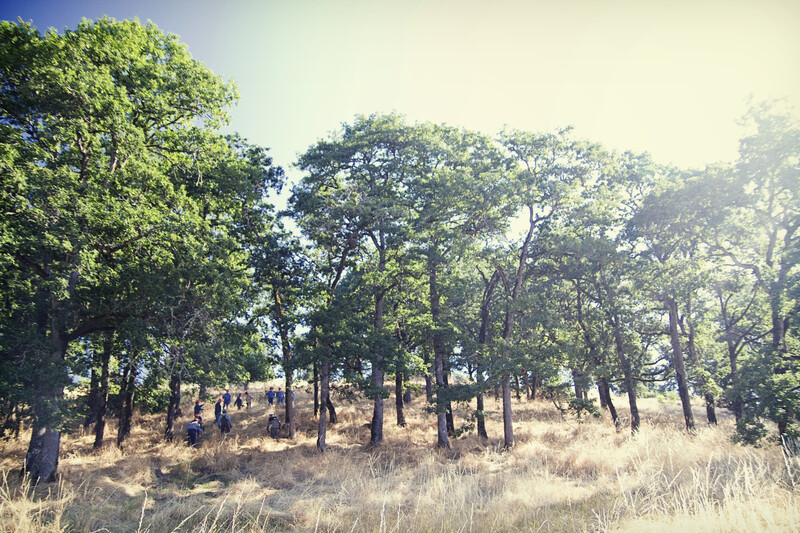 The oak savannas found in Oregon’s Portland Metro region were created by native peoples using fire as a management tool. When pioneers began to settle here in the mid 1800’s, the oaks were removed for agriculture, and faster-growing firs began to dominate the landscape. Researchers estimate that only about eight percent of the oak savanna remains in the valley today.

After nearly a decade of effort, The Trust for Public Land and partners have protected what remains of the White Oak Savanna, a scenic hillside dotted with native oaks in West Linn, Oregon. Where once an office park was planned, instead one of the Portland metro area’s last and best groves of oaks will be preserved.

In 2009, with help and funding from Oregon Parks and Recreation, Metro, and the City of West Linn, The Trust for Public Land worked to save 14 acres of this rare and beautiful woodland to create the White Oak Savanna nature park. Since then, community members led by Neighbors for a Livable West Linn, have invested thousands of hours into the restoration, improvement, and care of the park.

Since then, The Trust for Public Land and the determined citizens of West Linn have worked diligently to protect the remaining 6 acres from development. Thanks to a patient landowner, determined citizens, and the technical and financial support of The Trust for Public Land, we are now able to celebrate the fulfillment of the community’s vision for the site: a restored native habitat, protected forever and accessible to the public. Future plans call for construction of a nature play area, designed in partnership with local children.