Portraits put the human side of public lands policy in focus
By Trust for Public Land
Published March 21, 2017
Spread the Word

Portraits put the human side of public lands policy in focus

If you’ve been following the news, you know that public lands are facing unprecedented threats. But the great outdoors also has strong defenders: they come from all walks of life and across the political spectrum, and they’re ready to speak out.

In Boise, for example, thousands of Idahoans shrugged off a chilly rain to rally at the capitol building earlier this month in support of their public lands. Photographers Peter Lovera and Matthew Wordell were among the crowd.

“Energy was really high and positive,” says Wordell. “We got the sense that people are motivated now more than ever to show up for the things they believe in. And by ‘show up’ I mean really show up in person, not just on social media.” 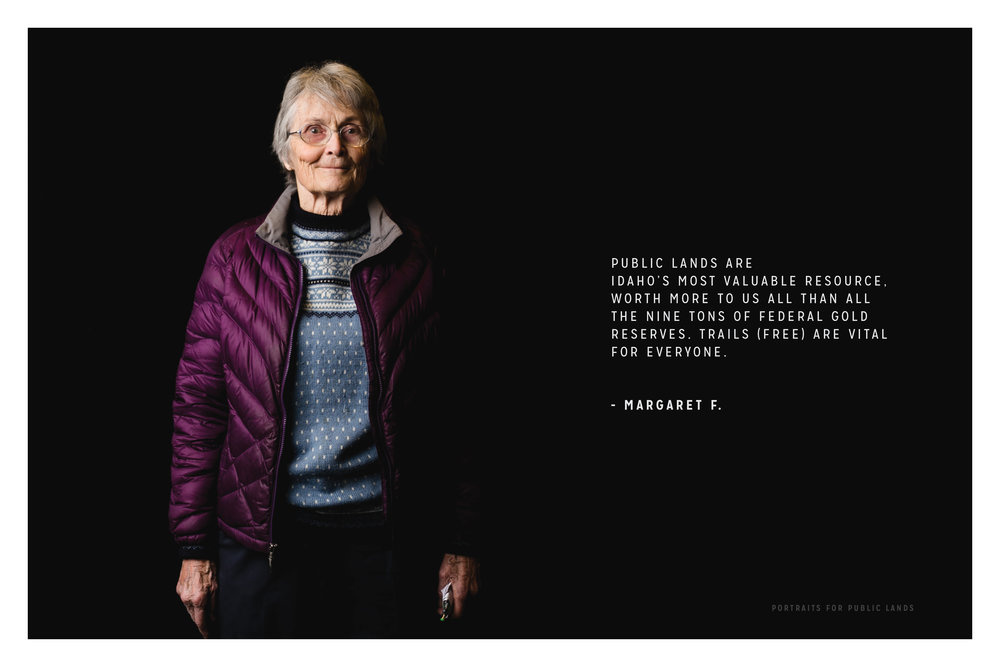 To capture the energy of the day, Wordell and Lovera teamed up with Jenny Estes of the Idaho Conservation League to create a pop-up photography studio. Their project, Portraits for Public Lands, aims to put the focus on people—not politics.

“We talked to a lot of people who were wary of potential moves in our legislature to bring federal lands under state control,” says Estes. “The people that came to this rally are aware of that threat. But a lot of them weren’t there in reaction to any specific piece of legislation—they just wanted to say, ‘Our land matters to us.’” 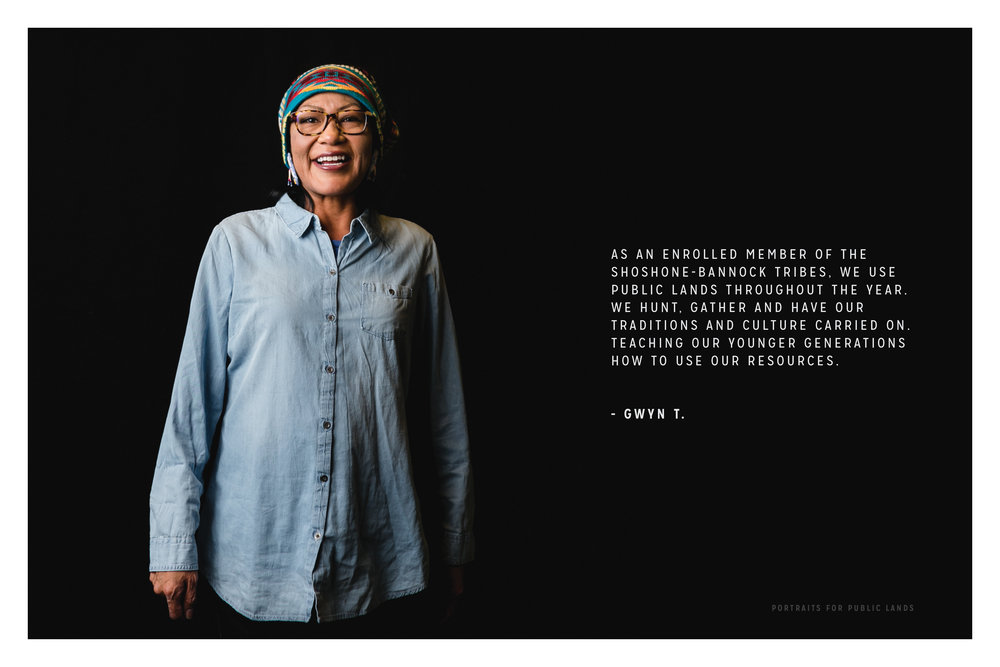 The trio hoped to illustrate the diversity of support for public lands in Idaho, so they stuck with an open-ended prompt that asked participants to finish the sentence, “Public lands are … .” The answers varied, but they reflected a near-universal desire to see Idaho’s mountains, forests, and rivers protected and cared for.

“We wanted it to be open to interpretation rather than trying to guide the conversation in any particular way,” says Lovera. “In Idaho, public lands are a common rallying point. I’m grateful that our wild places are still something that people can get together on, considering how divided so many other parts of our national conversation feel. 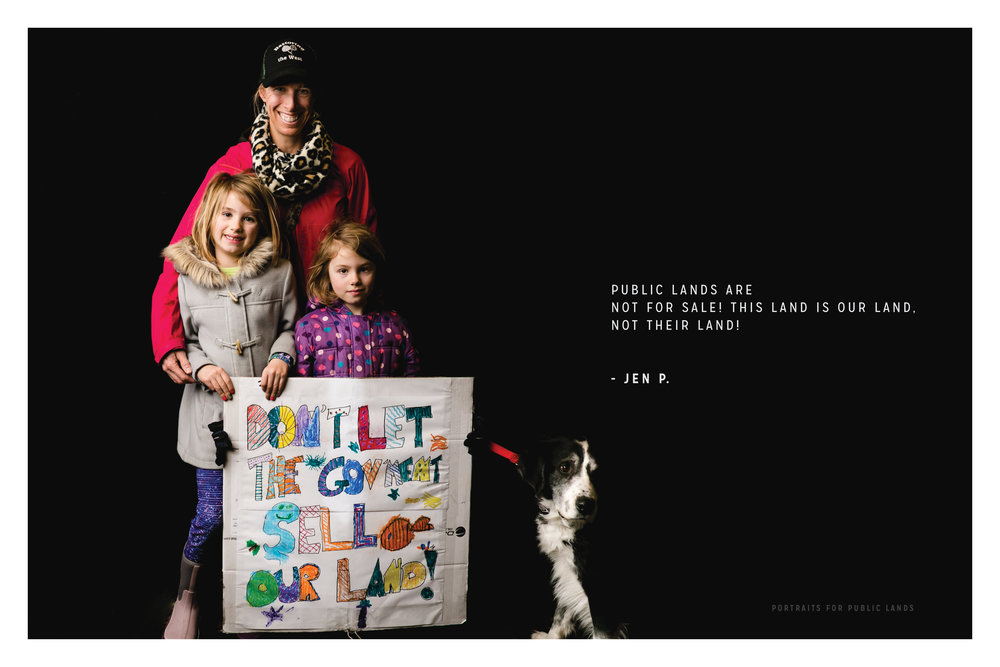 Estes agrees. “These photographs show what we’ve always believed. People care about public land for a million different reasons. I think it’s a really beautiful thing to see that expressed in so many ways. 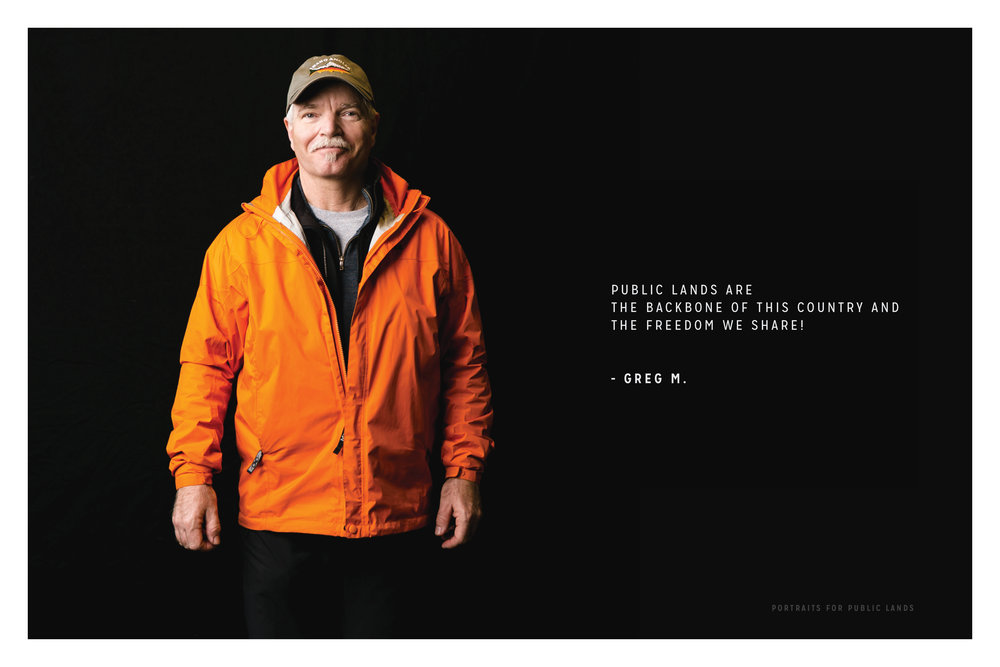 To see the rest of the images from the Boise public lands rally, visit Portraits for Public Lands. If you’ve taken action for public lands in your state, we want to hear about it! Leave us a comment, or join us on Facebook.

02 / 02
The risks and rewards of raising a young explorer