The Perseid meteor shower in mid-August is among the most anticipated astronomical events of the year. During its peak, skywatchers can expect to see 50 or more shooting stars per hour.

Of course, how much of that display you can actually see depends on where you are. For the best chance of a spectacular show, you’ll need to escape light pollution: the cumulative effect of artificial lighting like street lamps and headlights, which disrupts nocturnal wildlife and drowns out the night sky. 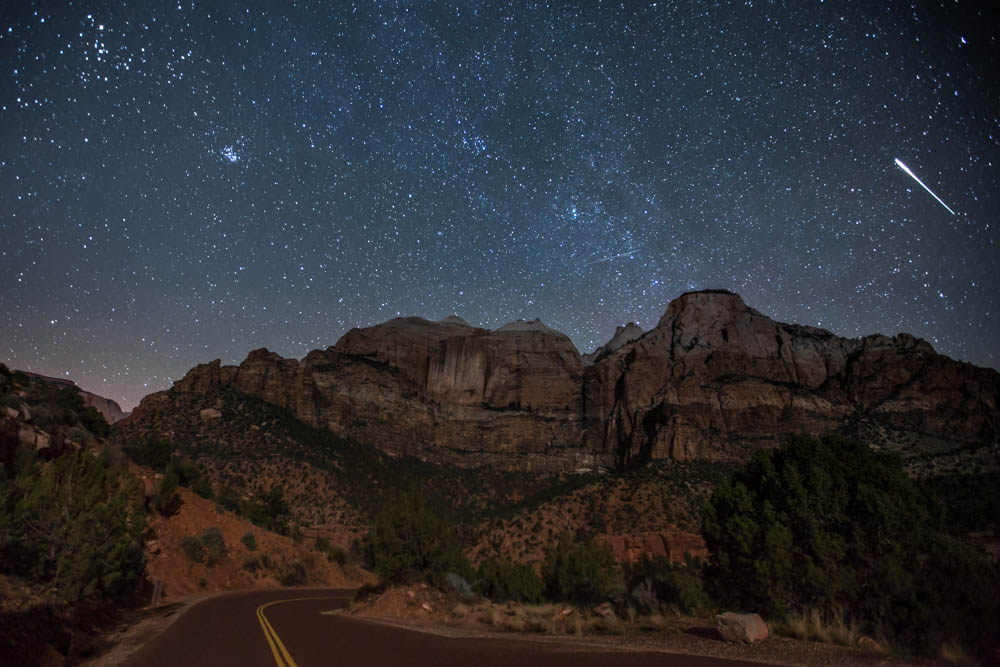 California’s largest state park is about a two-hour drive from any big city. The typically arid, clear weather in this wild expanse of the Colorado Desert makes it an outstanding spot for stargazing—or meteor chasing. By day, visitors can roam 500 miles of dirt roads and 110 miles of hiking trails. After sunset, rangers host occasional star talks. We protected 360 acres here, including the site of rock formations used by Native Americans to trap fish back when much of the region was submerged by Lake Cahuilla.

The Gunnison River cuts a steep gorge through the Western Slope of the Rocky Mountains outside the small city of Montrose. The National Park Service has installed special outdoor lighting fixtures that reduce the effects of light pollution, a local astronomy club hosts regular telescope nights, and rangers talk to visitors about the importance of dark skies, for wildlife and human health. We protected 557 acres adjacent to the canyon and transferred the land to the National Park Service, forestalling development that could have obstructed scenic views and contributed to light pollution. 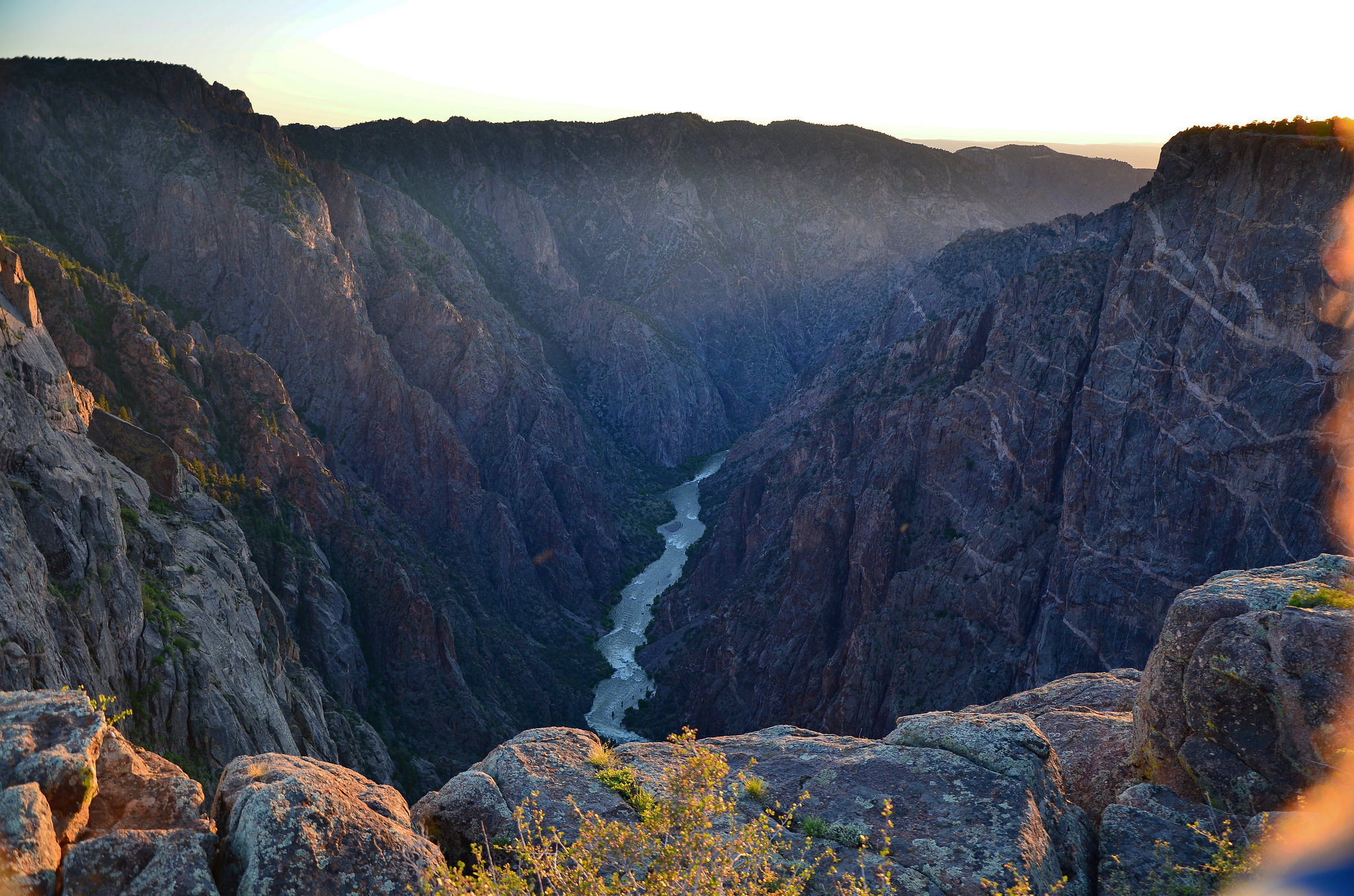 Cedar Breaks National Monument protects a collection of colorful, sculpted rock formations known as “hoodoos,” the eroded remnants of a long-evaporated lakebed. This remote desert landscape is in the middle of one of the darkest regions of the U.S., and it’s developing a reputation among astrotourists (yep, that’s a thing) who travel to the Colorado Plateau especially to stargaze. We protected a 1,855-acre ranch next door to the national monument to help ensure these dark skies stay that way.

We helped conserve an 1800s-era homestead within Glacier National Park, a popular stopover with rafters on the Middle Fork Flathead River. Today, rangers host star talks like “Half the Park Happens After Dark” and “Here Comes the Sun,” giving visitors the chance to peek through sophisticated telescopes and make the most of the park’s remote, dark skies. 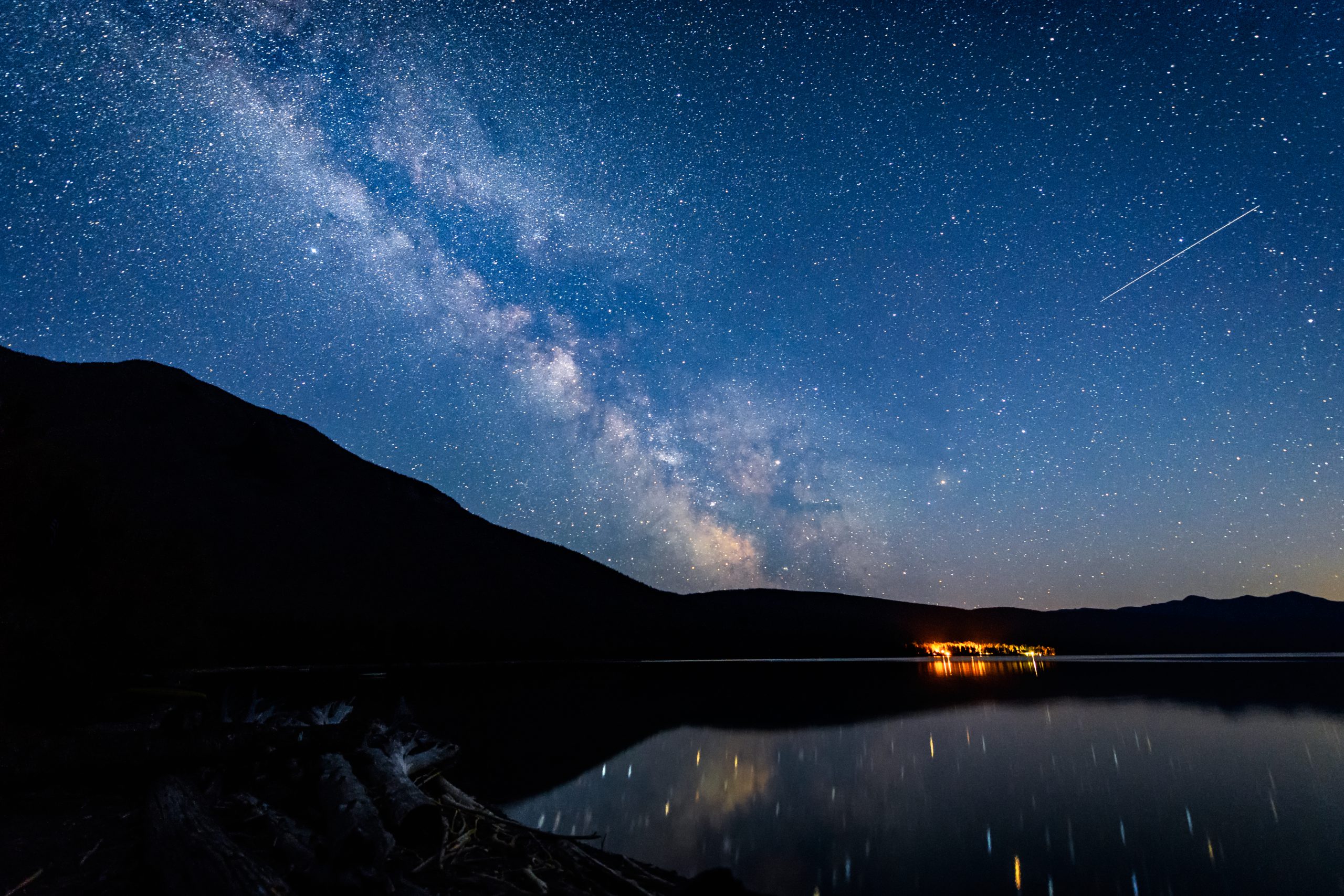 Most meteors, like this one streaking over Glacier National Park, are no larger than a grain of sand—no match for Earth’s atmosphere.Photo credit: Flickr user Diana Robinson

Can’t escape to darker skies this weekend? Not to worry! With so many meteors streaking overhead, you’ll likely catch sight of the brighter ones even in the heart of a big city—especially if you can find a darker area and shield your eyes from street lights. Check out our tips for city stargazing to make the most of your night sky, wherever you are.