Astronomer Joe Guzman wants to make one point clear—even if your view of the stars isn’t.

“It’s a misconception that living in the big city means the night sky isn’t available to you,” he says, and he should know. As the Chicago Park District’s resident astronomer, Guzman is all about teaching city dwellers how to take to the sky from their own backyards, front stoops, or neighborhood parks. “You can see wondrous things in the night sky over the city, if you know how to look.” 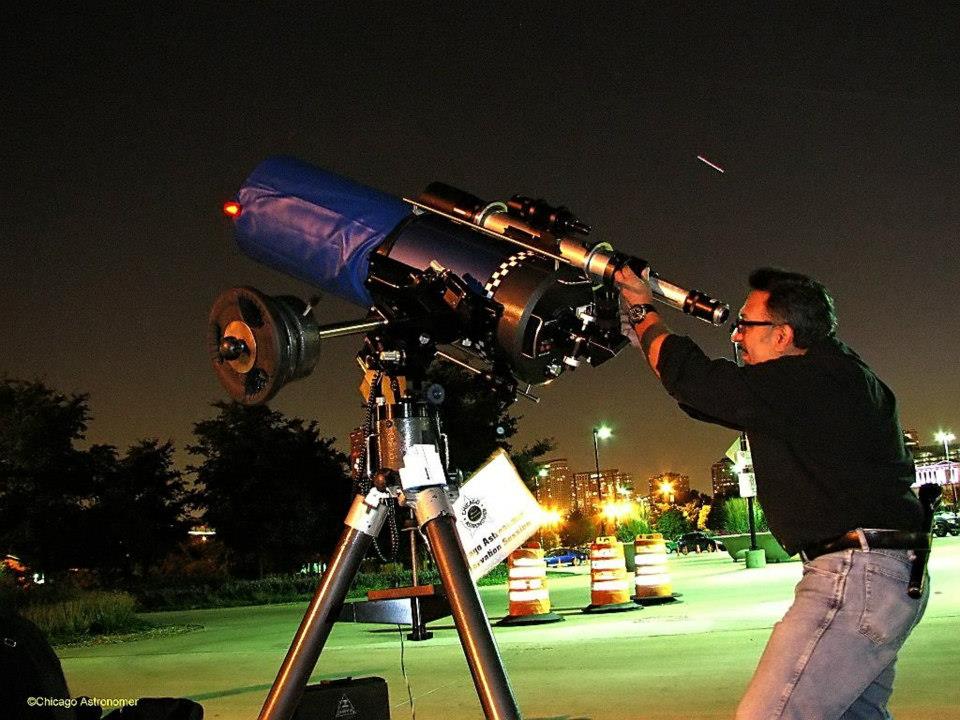 To help Chicago residents get started, Guzman hosts regular “star talks” along The 606 park and trail—sharing his professional tips and powerful telescopes. But don’t give up on the night sky if you can’t find a local astronomy event in your neighborhood: Guzman has tips for city stargazers wherever they are.

1. No telescope? No problem.

From major constellations to shooting stars and the International Space Station, there are plenty of fascinating objects in the night sky visible without any special equipment at all. If you want more detail, Guzman has a suggestion: “Binoculars can open up the universe,” he says. “You can explore the surface of the moon and even see the rings around Saturn.”

2. The colder the better

Whether you use a telescope, binoculars, or the naked eye, cold, windless nights offer the best viewing conditions. “More heat means more motion in the atmosphere, which distorts the dim light from stars and causes waviness,” Guzman says.

3. Look for the signs

Guzman learned his way around the sky using maps he found in books and magazines at his local library. Today, he teaches people how to “star hop” starting with a few easily identified celestial signposts. Smartphone apps like Stellarium and Google Sky can also help: point your phone skyward to see the names of major stars, planets, and constellations appear on the screen. 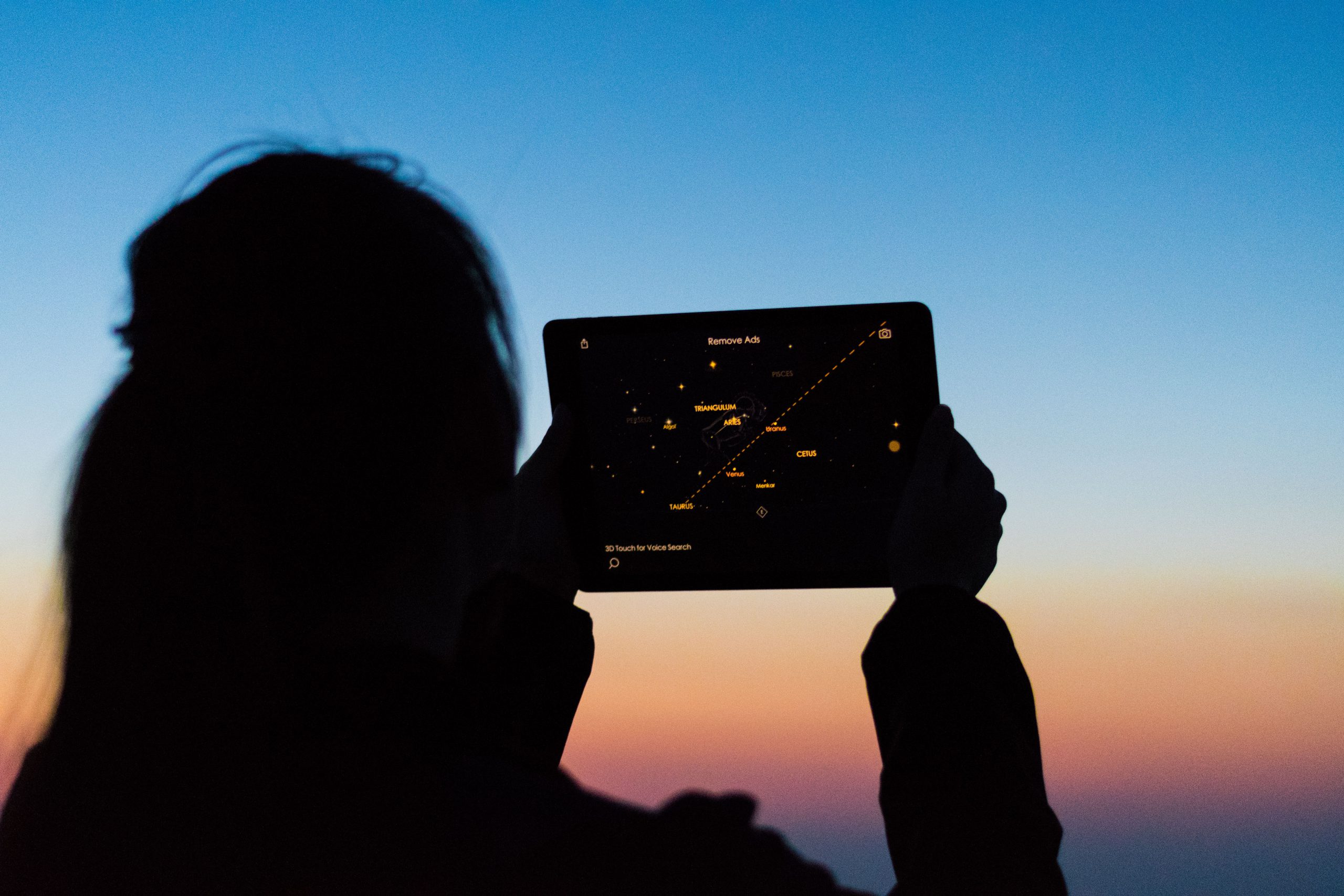 Guzman learned his way around the night sky the old-fashioned way, using books and paper maps. Today’s burgeoning astronomers can pull up a full map on their smartphones and tablets. Photo credit: Leon Liu

4. You want to be kept in the dark

According to Guzman, it takes your eyes about an hour to adjust to the dark sky—so the longer you can go without looking at indoor lighting, street lamps, or headlights, the better. Using one of those apps? Set your phone’s display as dim as possible to preserve your night vision.

If you want to be able to identify a star without help from your phone, the North Star—or Polaris—is a good place to start. Polaris’s position holds steady throughout the night, and you can find it using the Big Dipper: just look along the imaginary line between the constellation’s outermost stars—the two farthest from the “handle.” 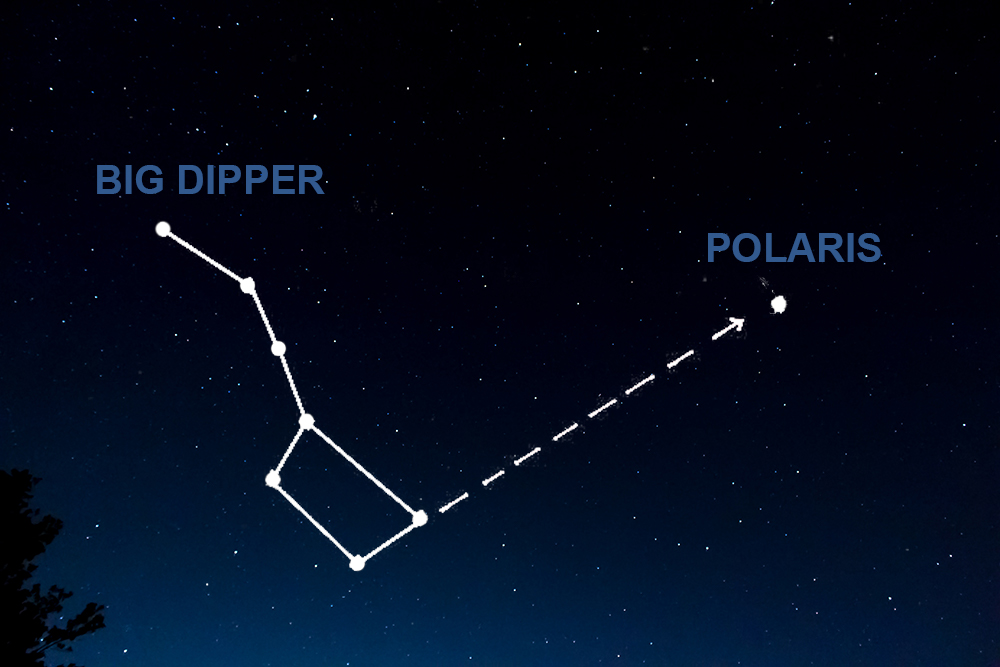 If you can find the Big Dipper, you can find Polaris: look along the imaginary line between the constellation’s outermost stars.Photo credit: The Trust for Public Land

6. Give the moon some relief

The best time to look at the moon actually isn’t when it’s full. “That’s when the sun is shining straight onto its face, so details can look a little washed out,” says Guzman. “But when the moon is waxing or waning—especially between quarter and crescent phases—the light is hitting it indirectly, so the moon’s craters and mountains throw great big shadows on its surface.” To tell whether the moon is waxing or waning, look at the shape: a waxing (growing) moon looks like the letter “D”; a waning (shrinking) moon like a “C.” Here’s a way to remember: a waxing moon says “How-D!” and a waning moon says “C-ya!”

Guzman says 2018 is the year of Mars: the planet will look brighter and redder than at any point since 2003. Mars will begin to appear in the evening sky in late July, and it will outshine all the stars and planets except Venus. When viewed through a telescope, it will be easier than usual to make out big features on the planet’s surface—even its polar ice caps.

If you’re in Chicago this summer, check out one of Guzman’s monthly star talks at the Exelon Observatory on The 606—just one in a year-round lineup of events to help Chicagoans make the most of their elevated park and trail, day and night.

01 / 08
How We Win: A Look at How TPL Secures Public Funding for Parks and Open Space

03 / 08
Urban Trails Are Part of the Climate Change Solution 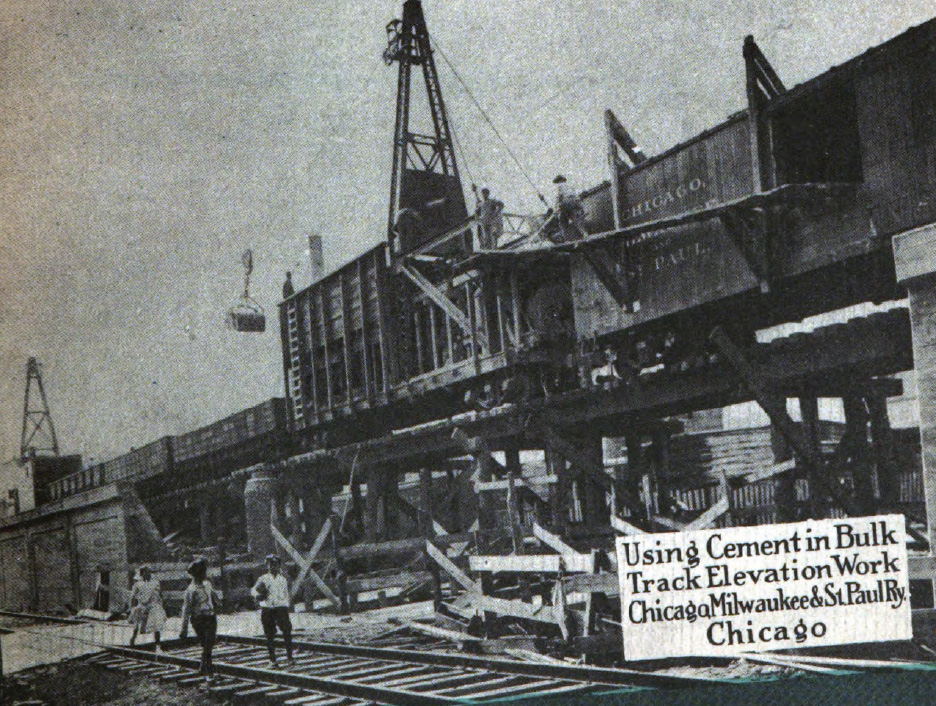