Five threats to the Pacific Crest Trail, and how we’re fighting back
By Trust for Public Land
Published June 29, 2019
Spread the Word

Five threats to the Pacific Crest Trail, and how we’re fighting back

UPDATE: Great news! We’re proud to announce we’ve protected 17 miles of the Pacific Crest Trail at Trinity Divide in Northern California, closing one of the largest gaps in public ownership along the entire trail. The deal, in partnership with the Pacific Crest Trail Association, preserves over 10,000 acres, opens ten previously off-limits alpine lakes to public access, and protects scenic views along a thirty-mile stretch of the P.C.T.

Read more about this milestone moment for the Pacific Crest Trail.

It’s been fifty years since Congress created the Pacific Crest Trail, designating a 2,650-mile route that skirted towns and industrial development in favor of some of the West’s most remote places and stunning scenery. Today, that’s still more or less what you get: mile after mile of wild country, an almost limitless expanse of backcountry possibilities stretching from Mexico to Canada.

Considering the changes that have come to the West in the past half-century (the population of California, Oregon, and Washington has more than doubled, for starters), that the P.C.T. is still so wild is actually remarkable—but it’s no accident. “It’s the result of decades of hard work from of trail advocates and conservationists to keep it that way,” says Megan Wargo with the Pacific Crest Trail Association, a nonprofit that protects and promotes the trail. 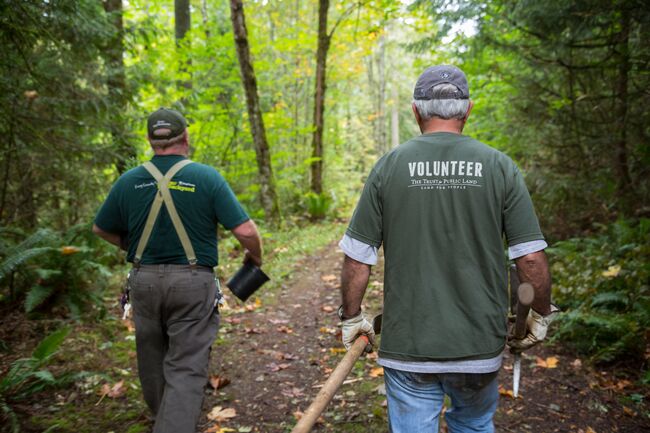 Conservationists, landowners, and volunteers have worked hard to keep the Pacific Crest Trail as wild and open as possible throughout its 50-year history. Photo credit: Tegra Stone Neuss

As the P.C.T. enters its next fifty years, here are five new challenges are emerging, and how we’re working together solve them.

From devastating wildfires to shrinking snowpack, climate change is making life more dangerous and difficult for just about everyone in the Western U.S. For P.C.T. users, the effects of climate change range from inconvenient to hazardous. In summer 2017, 300 miles of the trail closed due to fire. Meanwhile, the previous winter’s record-setting snowpack meant hikers were traversing more dangerous snowfields and fording swollen creeks. In other places, shifting precipitation patterns caused once-reliable sources of drinking water to dry up earlier in the year, raising the risk of dehydration and heat-related illness.

We’re working to consolidate public ownership of forests along the P.C.T. and across the West, making it easier and more affordable for agencies to mitigate wildfire. And considering trees in the U.S. can absorb 14 percent of the carbon we emit, good forest management helps fight climate change, too.

Much of the P.C.T. runs through national and state parks or wilderness areas where timber harvest is limited—but in some sections, hikers might encounter recent harvests or even temporary trail closures due to active logging operations. Working forests and outdoor recreation are both important parts of the economy in the rural West, so we’ve worked to minimize conflicts between forestry and recreation along the P.C.T. In recent years, we’ve helped conserve thousands of acres of once-private timberlands along the P.C.T. in Washington State. Today, we’re working alongside the PCTA and the landowner to protect one of the longest remaining stretches of private timberland anywhere on the trail: a 17-mile segment at Trinity Divide in Northern California. 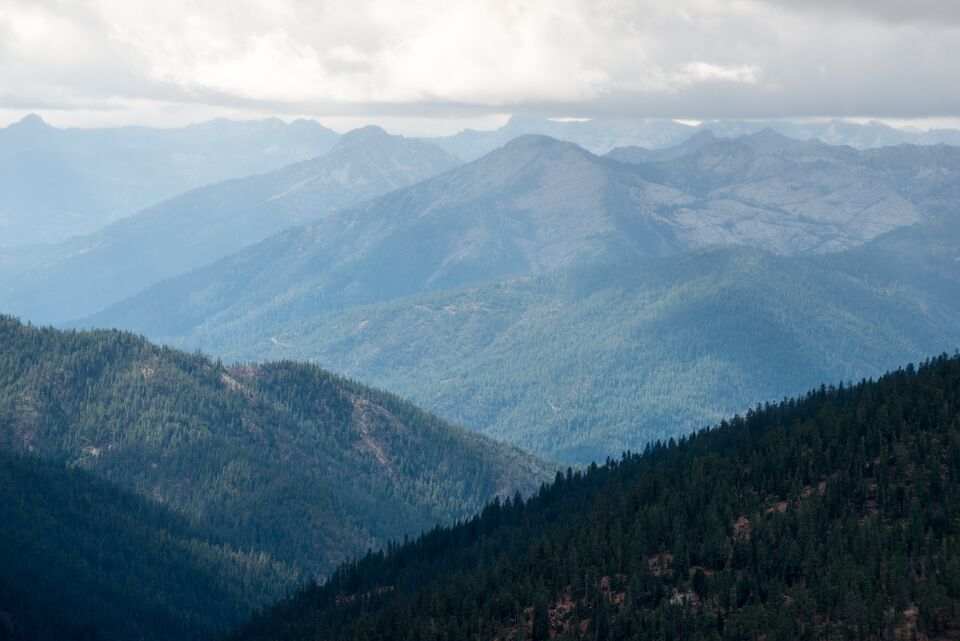 At Trinity Divide, the PCT traverses 30 miles of alternating public and private timberland. We’re working to conserve this stretch, closing the largest gap in public ownership on the PCT.Photo credit: Rachid Dahnoun

Most of the P.C.T. follows a designated hiking trail. But in some spots, to avoid obstacles like private land, hikers have to slog along the shoulder of a highway, sometimes for miles at a stretch. “It can be hot, dry, and not too scenic,” says Wargo with the PCTA. “And as population grows in communities near the trail, so does development, bringing more traffic on some of these roads—and that makes it more dangerous for hikers to be sharing the shoulder with vehicles.” In Agua Dulce, a small town north of Los Angeles, the P.C.T. runs along the shoulder of a narrow, winding highway for four miles. The P.C.T.A. has worked to transfer private property in this area to public ownership, with a plan to eventually reroute the trail through a wilder canyon and get hikers out of the way of vehicles.

In Southern California, it’s not bears, wolves, or mountain lions that hikers should be most wary of … it’s cattle. In the Sand to Snow National Monument, a pack of 150 feral cattle, thought to be descendants of herds who grazed here a century ago, are trampling sensitive desert habitat, muddying water sources, and most alarmingly, threatening hikers. One P.C.T. volunteer told the Los Angeles Times he narrowly avoided getting gored by a bull “the size of a small car.” Unlike most cattle that graze on public lands in the West, these animals aren’t branded, so when they wind up in places they shouldn’t be, the Bureau of Land Management doesn’t have a rancher to call to take care of them.

5. The Land and Water Conservation Fund

The Land and Water Conservation Fund (LWCF) is the most important source of federal funding for parks and open spaces— including tens of thousands of acres along the P.C.T. that might otherwise have been logged, developed, or closed to public access. Earlier this year, we helped secure a permanent future for LWCF, but we’re still working to guarantee full and dedicated funding for the program every year. Today, about 10 percent of the P.C.T. passes through private, unprotected lands. If LWCF doesn’t get funding, it will be much harder for conservationists to protect these lands when they’re at risk of sale, logging, or development in the future. Find out how we’re working in Washington, DC, and across the country to ensure full and dedicated funding for LWCF—and how you can help. 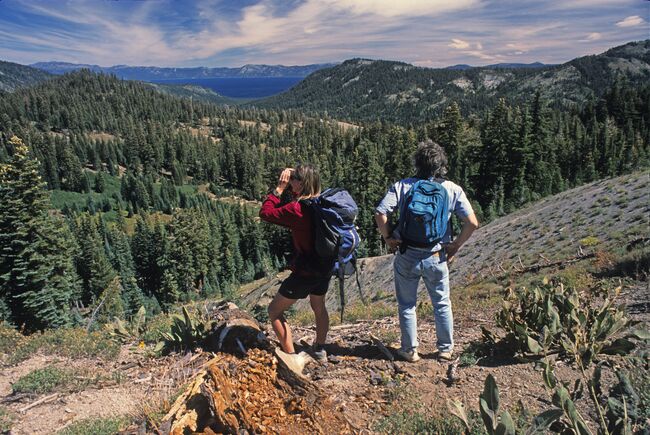 In 2003, we used the Land and Water Conservation Fund to protect Barker Pass, a scenic spot along the Pacific Crest Trail in California. It’s one of many special places along the PCT conserved using LWCF–but this important funding source is at risk. Photo credit: Phil Schermeister

We’re working to keep the P.C.T. wild for the thousands of people each year who thru-hike it, and for million more who hit it on day hikes or week-long adventures. We’re proud to have protected 35 special places along the P.C.T., conserving over 30,000 acres within a half-mile of the trail. Want to help us care for the future of places like this? Join us.