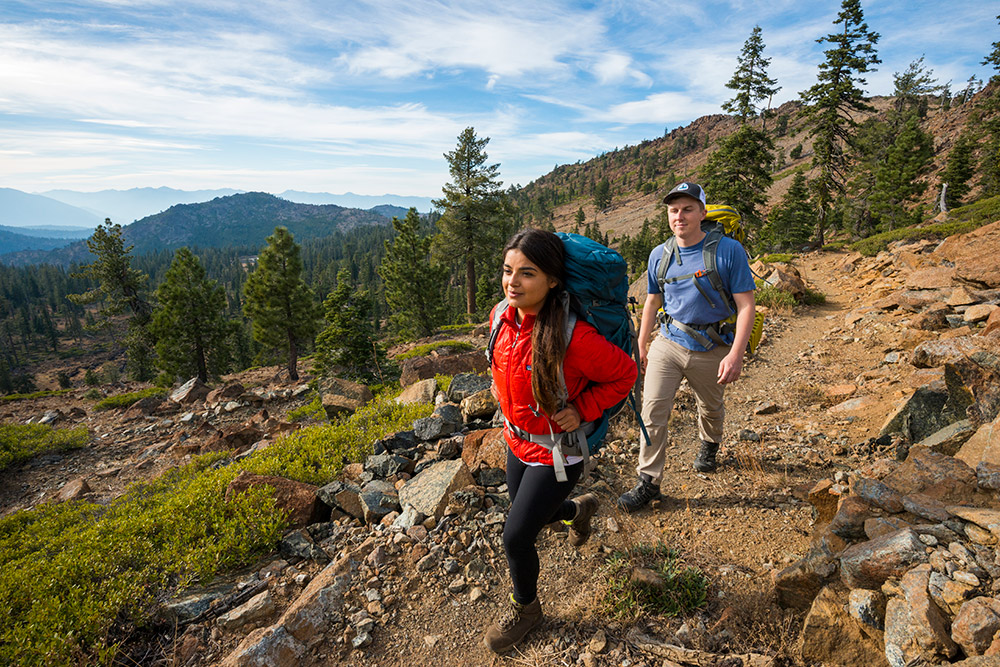 Winding through 25 national forests and seven national parks, the Pacific Crest National Scenic Trail is of the two original National Scenic Trails established by Congress in the 1968 National Trails System Act. It features some of the most outstanding scenic terrain in the western United States, from high-desert plains to old-growth forests. The trail spans 2,650 miles from Mexico to Canada, running through California, Oregon, and Washington. Trust for Public Land has worked extensively on the Pacific Crest Trail in Washington State, purchasing and conserving more than 3,000 acres.

Though the trail has been carefully routed to avoid towns and roads, the checkerboard ownership pattern of forest lands in the Sierra Nevada and Cascade Mountains impacts the trail as it crosses from public forest to private timberland. Consolidating the ownership of land surrounding the trail protects it from industrial harvesting and clear-cutting and allows people to experience pristine wilderness by improving recreational access. Conservation also protects habitat for a variety of threatened and endangered species—and allows the U.S. Forest Service to more easily manage the trail. The Forest Service partners with the Bureau of Land Management, National Park Service, California State Parks, and the Pacific Crest Trail Association to provide effective management and protection of the trail.