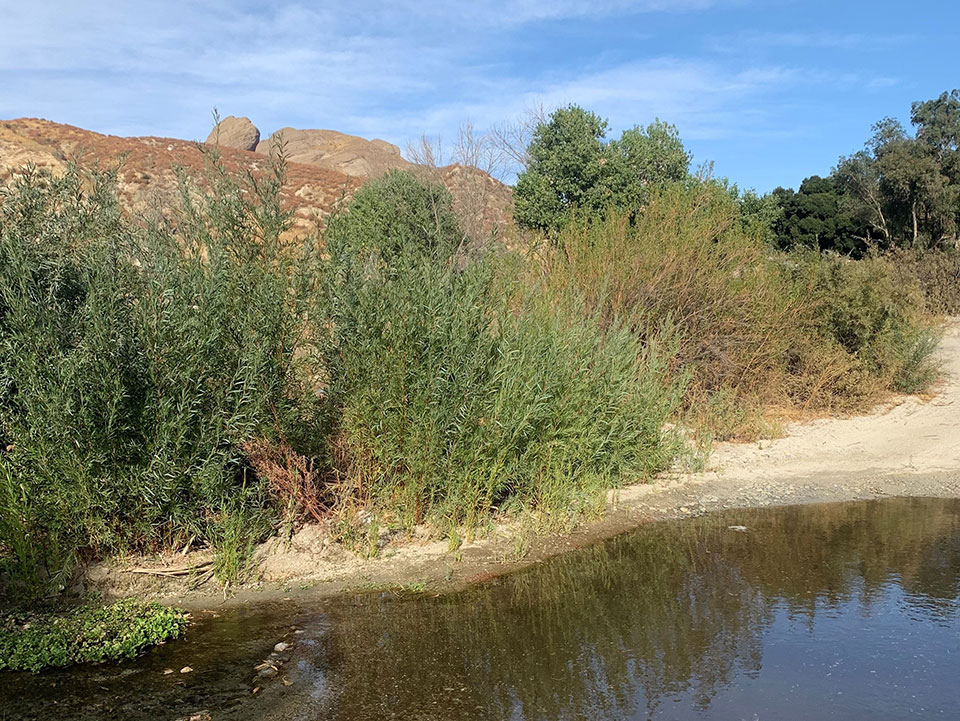 With the initial conservation of the 51-acre property known as Robin’s Nest I, The Trust for Public Land bridged a gap in the Pacific Crest Trail used by thousands of hikers each year, at a place where those who have been hiking the San Gabriel Mountains for two weeks can come off the trail to restock. The conservation of this property also preserved a half-mile of the Santa Clara River, one of the last free-flowing rivers in Southern California.

Robin’s Nest II a 17-acre property, lies between two massive units of protected land, the Angeles National Forest and the Los Padres National Forest. Robin’s Nest II lies at the heart of the linkage, preserving passage of various species, but also a critical water source in the perennial Santa Clara River. Large mammals use the corridor to migrate between disparate food, water and mating opportunities.

As you walk across Robin’s Nest properties journeying from coastal to desert habitats, you experience California’s rich biodiversity. These varied lands, free-flowing rivers and wetlands, support an abundance of rare bird and amphibian species while providing outstanding recreational experience for which they are known. While these benefits exist today, they will only become more important as Southern California sees higher temperatures and lower levels of precipitation, straining water supplies for all plants and animals.

The Mountains Recreation and Conservation Authority will own and manage the properties in perpetuity. Future plans propose that the Santa Clara River trail will run through both Robin’s Nest  properties, a true mountains-to-the-sea trail that starts at the nearby Pacific Crest Trail and ends at the Pacific Ocean in Ventura County.