How one volunteer trail crew is digging their way through the pandemic
By Trust for Public Land
Published April 21, 2020
Spread the Word

On a typical spring day, Drew Honzel might be out exploring the wild mountains and rivers within an easy drive of his home in Klamath Falls, a town of 20,000 in southern Oregon. An avid mountain biker and runner, he might also be out on a trail in town with his two dogs. Or as treasurer of the nonprofit Klamath Trails Alliance, he’d be organizing volunteer work days on the hundred miles of trail that the group maintains.

Of course, these aren’t typical spring days and Honzel, like most of us, is adjusting to a new routine to slow the spread of coronavirus. But even as much of his normal life is on hold, he’s still been able to spend a few days recently out in the woods, hands in the dirt, fixing up trails. 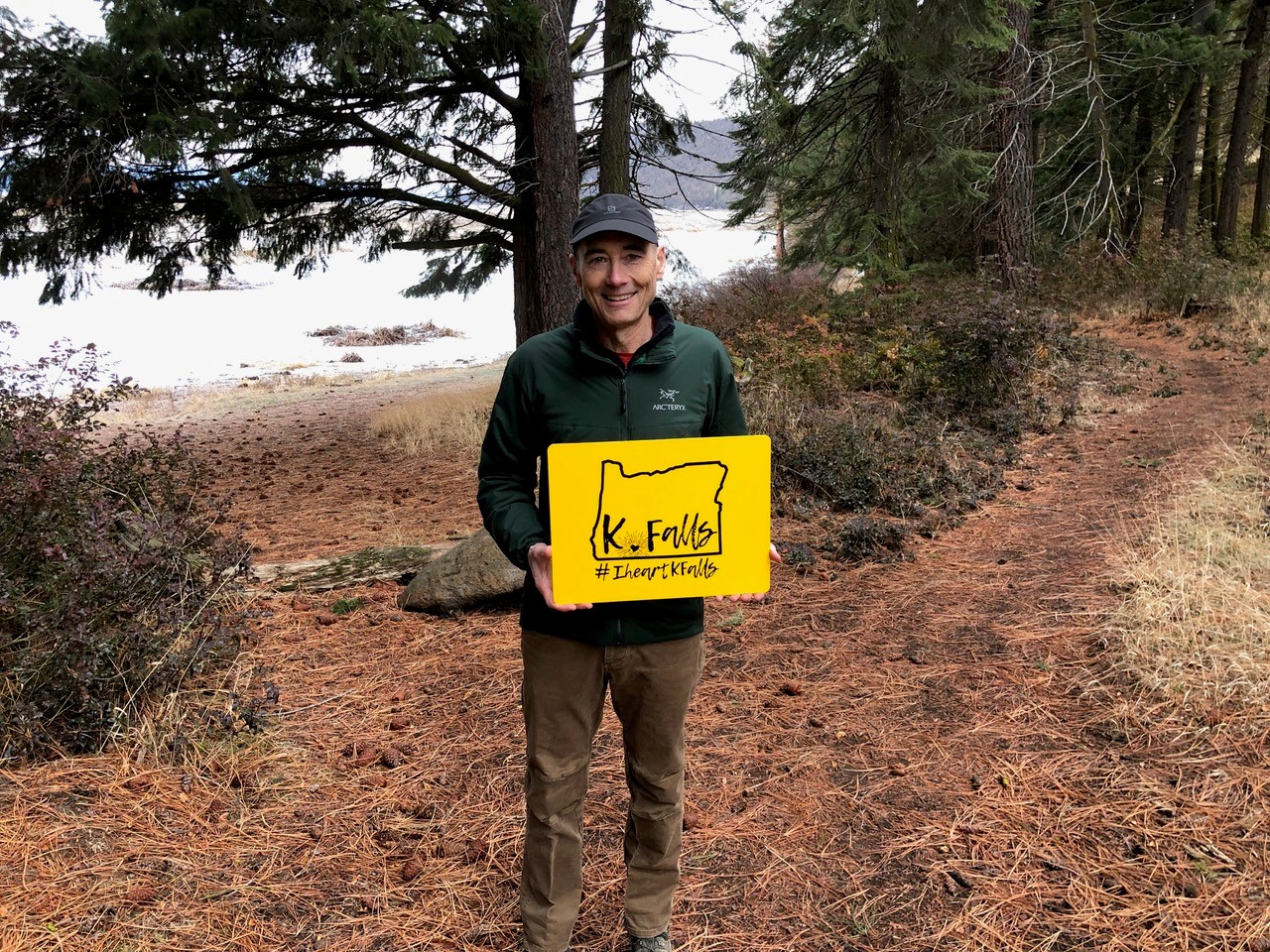 “We can’t do big volunteer trail days right now because of the virus, so it’s just a couple of us hardcore types out there these days,” Honzel says. “We know the drill, and we can keep a safe distance between ourselves, but still keep the trails open for our community.”

One place Honzel has directed his shovel lately is Spence Mountain, a long ridge rising from Upper Klamath Lake, just 10 miles north of town. This land has been long been privately owned, and has mostly been used for timber. But for the past six years, its current owners, a local family, have welcomed the public to explore the mountain, and have even worked with Klamath Trails Alliance to plan a brand new trail network.

“We’ve been averaging six or seven miles of new trail at Spence every year,” Honzel says. “It’s a combination of professional builders with heavy machinery, and crews with hand tools.” Today, 35 miles of trail wind up and over Spence Mountain. Eventually, the group aims to add 30 more. 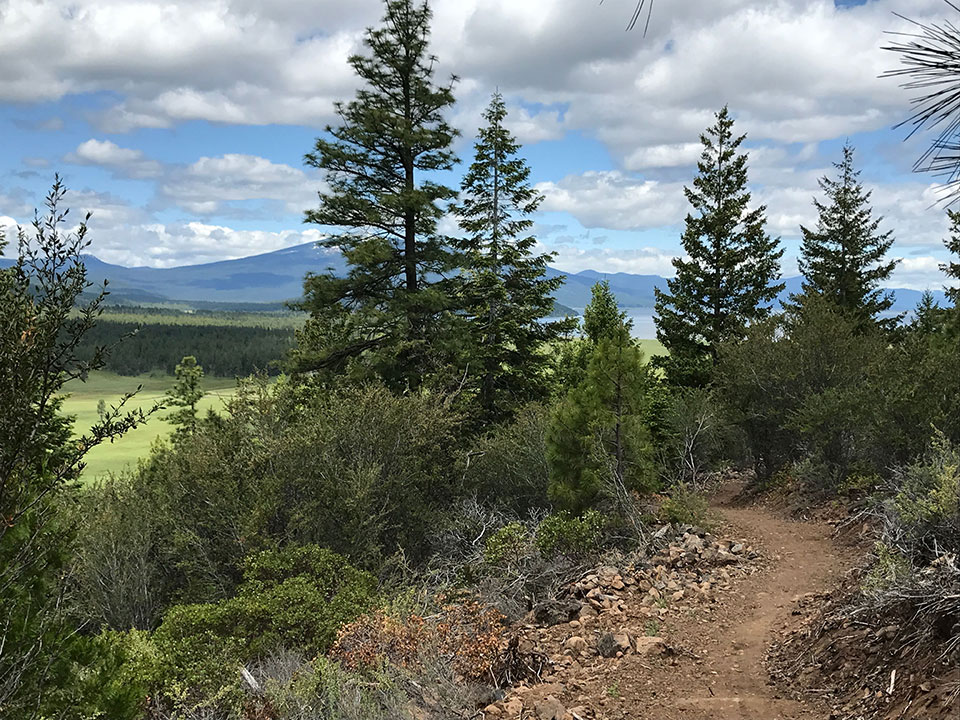 Honzel says the mountain’s current owners couldn’t be more supportive or enthusiastic about expanding recreation on the land—but the more time and energy the community invests in the trail network, the more concerned everyone is about guaranteeing public access forever. “Our concern lies in the future if the current landowner were to ever sell the property,” Honzel says. “For this reason we are fully committed to protecting Spence Mountain as a public community outdoor recreation space for future generations to enjoy.”

So today, The Trust for Public Land is helping the Klamath Falls community raise the funds it needs to purchase Spence Mountain and transfer it to public ownership, guaranteeing it will never be developed and will always be open for people to explore.

Meanwhile, Spence Mountain has quickly become a mainstay for local runners, hikers, and mountain bikers. It’s home turf for the Jackalopes, a youth mountain biking team, and the Linkville Lopers, a Klamath running club. And during the pandemic, while many land management agencies have made the tough decision to close trails and parking lots in southern Oregon, Spence Mountain has stayed open to local users, provided they adhere to social distancing guidelines.

Honzel says he’s motivated to keep clearing trails during the pandemic because he believes access to Spence Mountain could eventually help the town of Klamath Falls cement its reputation as a great trail town, joining the ranks of nearby Bend, Oregon, and the communities around Lake Tahoe as vacation destinations—or a healthy place for people to settle down and raise families. 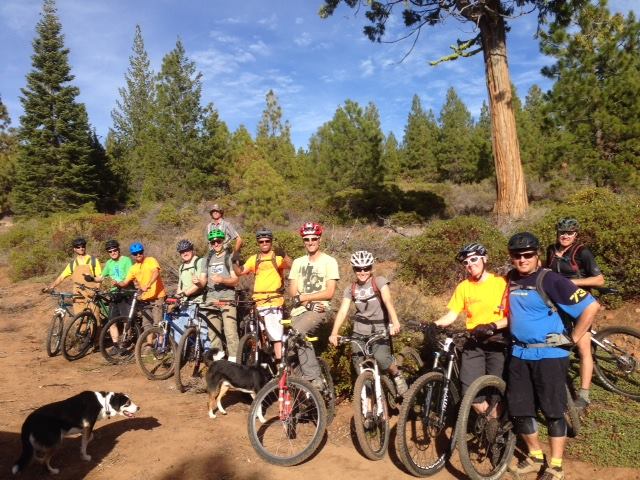 But in the near term, open spaces like Spence Mountain have been a balm for people who’ve already made a life in Klamath Falls to help weather the pandemic. “Even though I’m usually one of the people trying hardest to bring visitors to Klamath Falls, right now I’m glad we’re still relatively unknown and out of the way,” he says.

Whatever happens in the coming months, Honzel says the chance to get out and put a few hours of hard work into the trail network has been its own blessing lately. “It kind of takes your mind off of everything that’s going on. We’re just out there working hard, doing our part. It’s been nice to have this thing to channel my energy into.”

07 / 10
Saving America’s Forests One Community at a Time