Time is running out to avert climate catastrophe. Parks can help.
By Trust for Public Land
Published September 26, 2019
Spread the Word

Time is running out to avert climate catastrophe. Parks can help.

UPDATE: During this week’s #ClimateStrikes, youth leaders are calling for climate action based in equity and justice. Find out how parks and conservation are key parts of keeping people safe in a uncertain climate future. Read the latest op-ed from Trust for Public Land President and CEO Diane Regas on what this moment means for the future of parks and climate in the United States, and around the world.

The Trust for Public Land has long worked alongside mayors, city planners, and activists to create climate-smart parks and open spaces. Today we’re thrilled to announce Brendan Shane is joining our ranks as our new Director of Climate. At C40 Climate Leadership Group, Brendan helped some of the world’s largest cities determine how best to deliver on the ambitious goals of the Paris Climate Agreement. Now he’ll turn his focus to guiding The Trust for Public Land’s efforts to use parks and public lands to reduce carbon emissions and protect people and property in a warming world.

We sat down with Brendan to learn why he sees parks and public lands as a critical climate solution.

Why are you excited to join The Trust for Public Land?

The Trust for Public Land has a great track record in building the parks that will help cities—large and small—adapt to a changing climate, but also in creating coalitions and on-the-ground engagement to address all kinds of urgent problems at a local level. You’ve gotten hundreds of mayors aligned with the vision of a park within a 10-minute walk of every resident. You’re doing GIS mapping and planning to get cities thinking about climate change as they invest in their future. This organization has been mobilizing community leaders and activists for decades.

That’s what’s most exciting about The Trust for Public Land’s potential in the climate space: local engagement is where the climate battle will be won or lost. 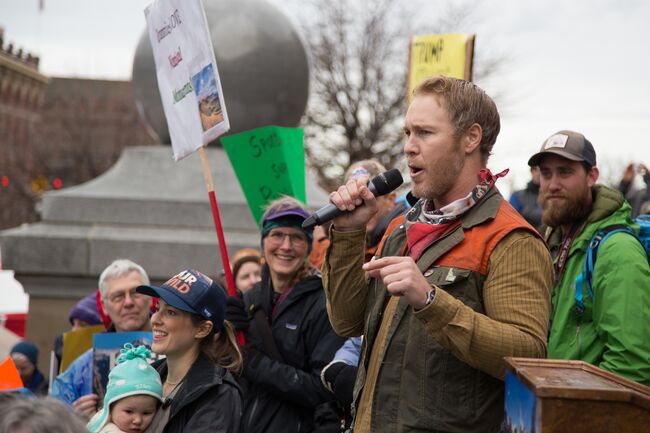 “You’ve been mobilizing community leaders and activists for decades,” says Brendan. “That’s what’s most exciting about The Trust for Public Land’s potential in the climate space: local engagement is where the climate battle will be won or lost.”Photo credit: Glenn Landberg

Why do you see cities as the front line for climate change leadership?

Mayors, along with city and county councils, are in a unique position: they tend to get the first call from citizens when anything goes wrong—even if the root of the problem is way beyond their control, like a flood, heat wave, or smoke from wildfires. The price of climate change in loss of life and property is paid locally. That’s why local action on climate tends to come from a more bipartisan group than at the national level. In Florida, a good portion of the mayors and city councils are Republicans, but that hasn’t stopped them from saying, “Look, we know we’re in trouble here—the politics don’t matter.”

You’ve most recently worked with leaders in almost 100 of the world’s largest cities to develop plans to meet the goals of the Paris Climate Agreement by the year 2020. Why 2020?

The overarching ambition of the Paris Agreement is to limit global warming to 2 degrees Celsius to avoid the most damaging impacts of climate change. The next few years will determine if this is possible, so it’s urgent that everyone—government at all levels, private business, and each of us—make plans and take action now. Action by 2020 will help put us on the right path for the rest of the century. What’s more, recent disasters, like Hurricanes Florence, Harvey, and Michael, have been on the severe end of climate impacts predicted just a few years ago. Since the Paris targets were set in 2015, we’ve witnessed global change happening in real time, and our modeling has improved. Today, it’s widely accepted that 2 degrees of warming isn’t safe, and we have to try to limit warming to 1.5 degrees by quickly adopting zero-carbon solutions.

How can land conservation and management help us avert climate catastrophe?

The way the United States developed in the 20th century—in sprawling communities, where people have no choice but to get in their cars to go anywhere—means we have some of the largest carbon footprints in the world. If we continue down the path of low-density development, converting farms, forests, and open land, we’re only extending that footprint. We need to focus on shrinking our development and carbon footprint in every possible way. And that’s to say nothing of the missed potential for carbon sequestration in what you’re cutting down or digging up. Recent analysis demonstrates that forests in the United States can absorb 14 percent of our carbon emissions. Effective management of parks and open space can literally pull excess carbon out of the air. So when we protect working forests and expand tree canopy and urban green space, we don’t just protect wildlife, water quality, and treasured public spaces—we also help to meet these ambitious global targets. 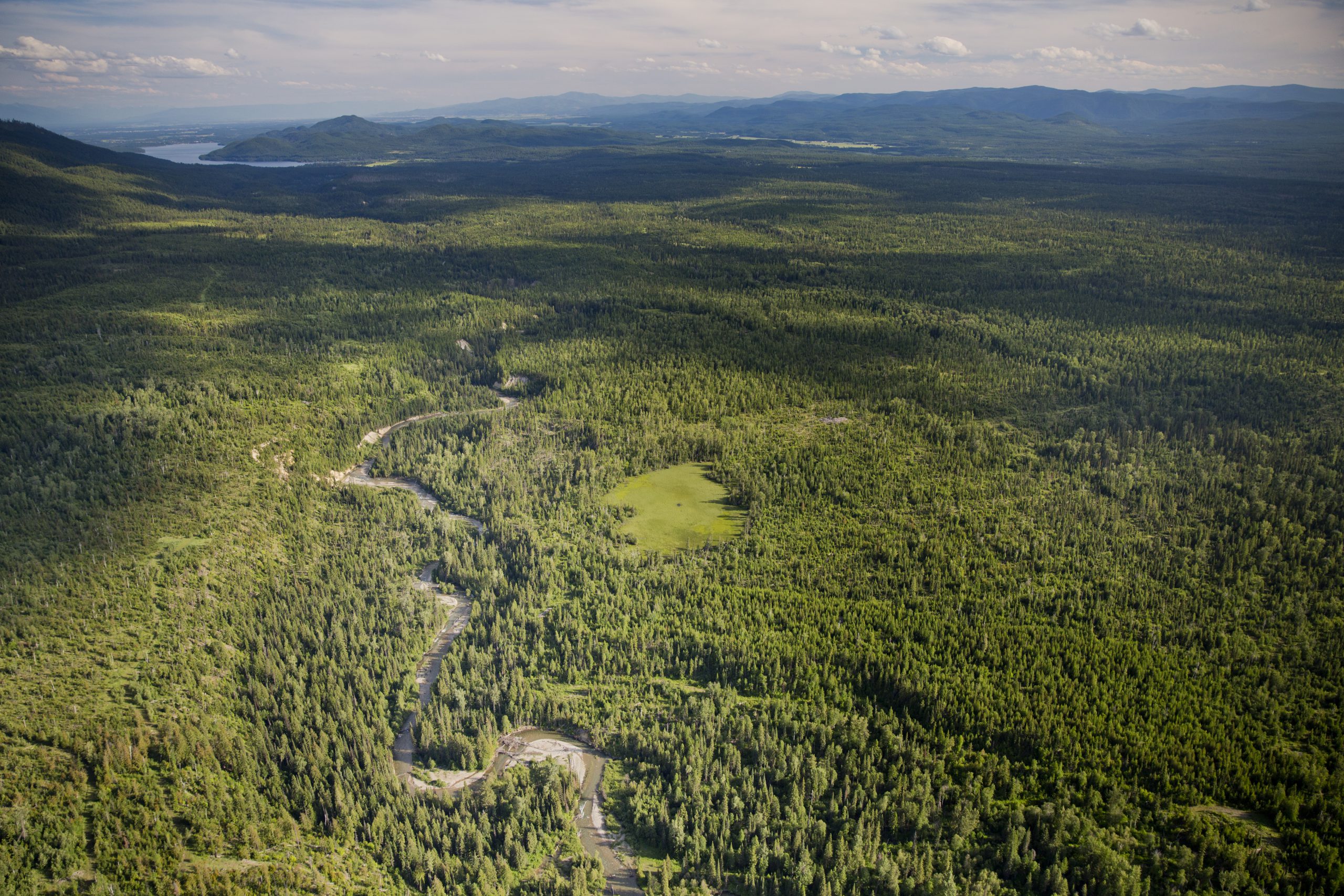 Our country’s forests can absorb fourteen percent of our carbon emissions. That’s just one reason we’ve conserved millions of forested acres, including a recent expansion of the Stillwater State Forest outside of Whitefish, Montana.Photo credit: Chris Boyer, Kesteral Aerial

If we can keep global warming at or below 2 degrees, what might the future hold?

There’s no question that our climate is and will continue changing, driven by global greenhouse gas emissions. So along with curbing carbon emissions, our communities have to adapt to rising seas, stronger storms, and higher temperatures. That’s where so much of the work that The Trust for Public Land already does will become increasingly important.

Parks are some of the best tools to protect people from a changing climate.

How can parks help communities mitigate and adapt to climate change?

Investing in parks will make cities greener and safer. Melbourne, Australia, has a goal to cool the entire city down by four degrees. Their mayor can’t control how much the planet will warm, but she has some control over how residents will experience that warming. So they’re building parks and planting lots of trees, because green space and a healthy urban tree canopy cool the air on hot days, protecting people from the worst climate change killer: heat. The cooler the air, the less people need to run their air conditioners or drive instead of choosing active transportation, so you see energy savings, too. The United States is not like the Netherlands, with hundreds of years experience building up our walls against the sea. Instead, we need to invest in conserving and creating natural shorelines along coasts and rivers. For many communities, a waterfront park or preserve will protect lives and property when disaster strikes. 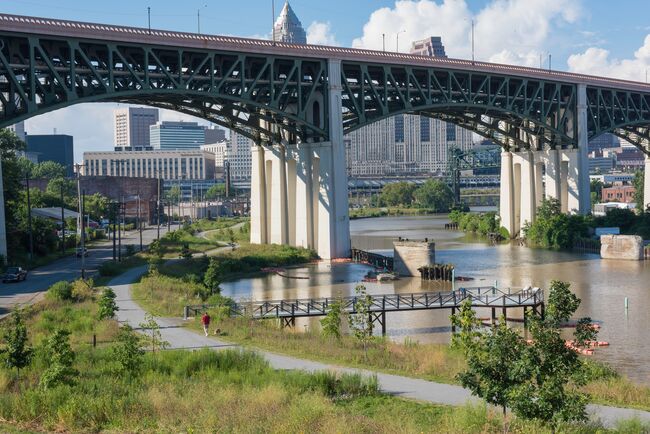 It’s not just coastal communities that are eyeing their waterfronts warily. As storms become more frequent and intense, green space along rivers and streams can protect lives and property when disaster strikes.Photo credit: Kyle Lanzer/Cleveland Metroparks

Rising sea levels threaten to displace millions of Americans along our coasts this century. Increasingly severe storms and heat waves are affecting communities in every part of the United States. The stakes are high and the risks are too great. We can’t approach reducing emissions and adapting to climate as a matter of incremental change; that won’t get us where we need to be.

Is all the action in the climate change sphere happening at the policy level, or is there still a focus on changing individual behaviors?

I think the answer is “All of the above.” Changing our daily habits is hard, but these individual choices are going to make or break our climate future. We need to consider climate in transportation policy, water and urban planning, and the way we grow our food and manage our forests. We need climate-smart policies at all levels of government to support everyone’s transition to cleaner energy and transportation and greener, healthier communities. But there aren’t very many pathways to a sustainable future where policies alone can serve up the change we need. The impact of what we buy and how we live our daily lives truly does make a difference.