Seven years after Sandy, how cities are preparing for future storms
By Trust for Public Land
Published October 29, 2019
Spread the Word

Seven years after Sandy, how cities are preparing for future storms

Hurricane Sandy roared over the New York City metro area seven years ago this week. Few who witnessed the storm’s power, or experienced its devastating aftermath, will ever forget it. But as climate scientists predict more and stronger hurricanes in the decades to come, what have we learned about resiliency in the years since Sandy? And how can nature-based solutions help prepare our cities for the next big storm?

For much of the past century, wetlands were dismissed as useless or even dangerous—dredged, filled in, developed, and polluted. Since 1900, we’ve lost nearly two-thirds of the wetlands in the contiguous United States.

But attitudes and policies are starting to come around: today there’s greater awareness of wetlands’ role in the health of the environment—and, increasingly, the safety of our cities. When Sandy hit Staten Island, an eight-mile swath of wetlands and forests along the north shore shielded nearby residents from the most devastating effects of the storm surge. 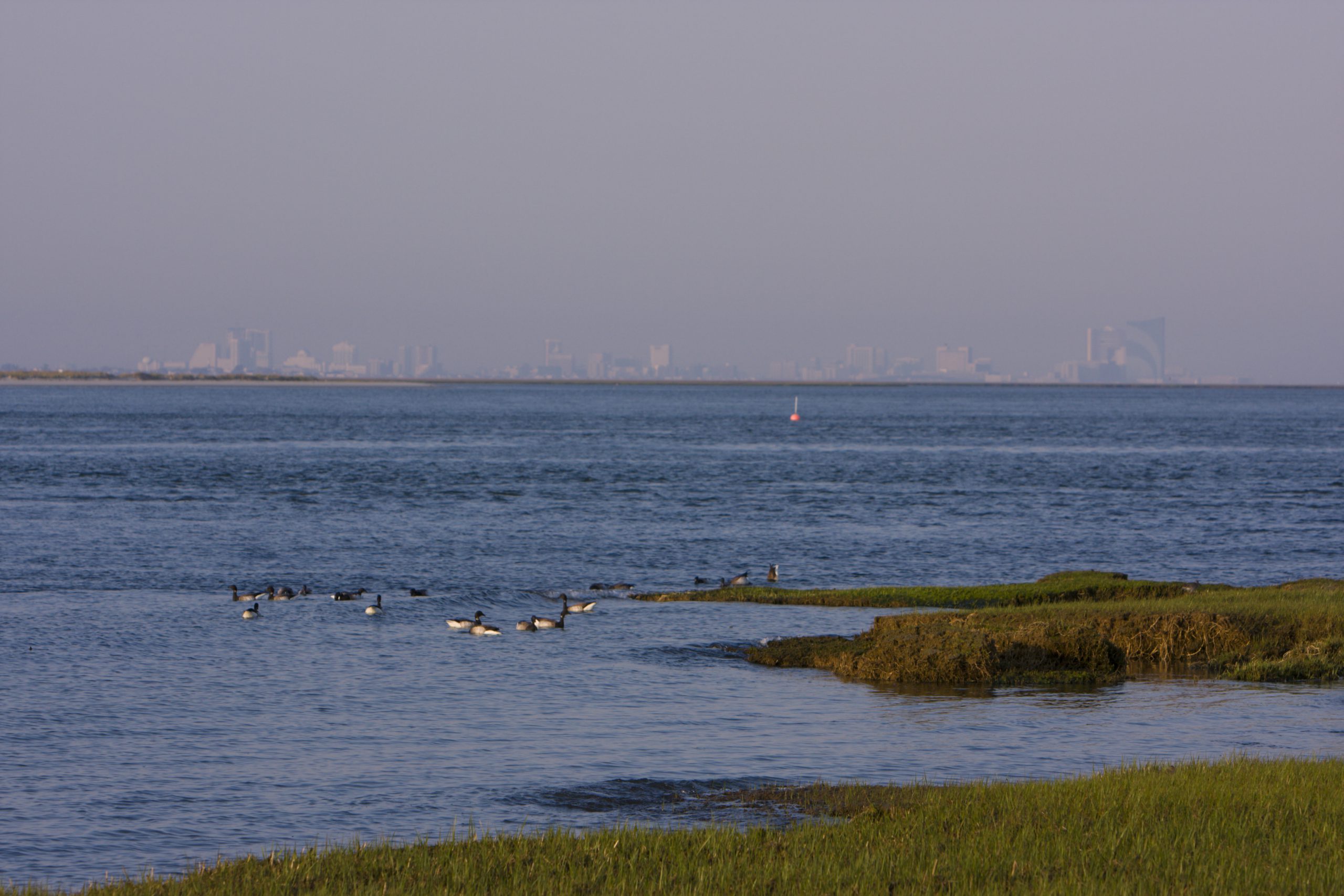 The Trust for Public Land has been protecting wetlands in New York and New Jersey for more than 30 years. In the Barnegat Bay region, we’ve worked with communities to conserve 13,000 acres of beaches, salt marshes, and pine barrens. In Sandy’s aftermath, we helped convert a former shipyard into Staten Island’s Heritage Park.

Follets Island is a strip of sand southwest of Galveston Bay, a few feet above sea level at its highest point. Unlike its neighbor to the north, Galveston Island, Follets is relatively undeveloped, mostly used as a beach destination for people in the Houston metro area.

But this tiny island offers outsized benefits to people who live on the low-lying plains between the Gulf Coast and Houston. Where they exist, barrier islands like these are the first line of defense against hurricanes: they blunt the energy of wind-driven waves, and can reduce the effects of storm surge for miles island.

“Barrier islands are incredibly dynamic,” says Stacey Shankle, Trust for Public Land project manager along the Gulf Coast. “In their natural state, they’re constantly growing, changing, migrating, and renewing themselves, which allows them to remain robust defenders of the bays and wetlands behind them.”

In the past few years, The Trust for Public Land has helped protect hundreds of acres on Follets Island. “We’ve worked with partners in Texas to create opportunities for people to explore and enjoy this unique place, while protecting lives and properties in the path of strong storms,” says Shankle.

Building on coastal barrier islands puts more people and property in the path of severe storms, and over time, it can cause these important systems to lose their ability to protect inland areas from wind and water. Photo credit: Flickr user Roy Luck

Resilient waterfronts can be built

Protecting the natural lands that remain along our coasts is key—but for many of our densest, oldest cities where the waterfront is fully developed, that ship sailed generations ago. “In New York City alone, we have 400,000 people living in floodplains,” says Amy Chester. She’s managing director of Rebuild By Design, a nonprofit that got its start as a design competition to spur creative thinking and ambitious infrastructure projects around New York City in the aftermath of Sandy. She says with sea levels projected to rise over the coming century, the number of people living in the flood plain will swell to 1.4 million.

In places where natural areas can’t be conserved, they can be rebuilt: In New York, Rebuild By Design ran a process engaging citizens, leaders, scientists, and designers in the challenge of creating new infrastructure that protects residents and property from future storms. The winning projects draw on the power of natural systems—like wetlands, oyster reefs, trees, and dune-like berms—in tandem with “hard infrastructure” like flood gates and breakwaters to slow and absorb floodwaters.

The competition’s largest project is called The Big U—a ten-mile stretch of waterfront open space wrapping around Lower Manhattan, from West 57th street to The Battery and up to the East River Park. We worked with Rebuild By Design to engage community members in reimagining the East River Park as a vibrant, welcoming public space when the weather is good—and a first line of defense against flooding when storms arrive. 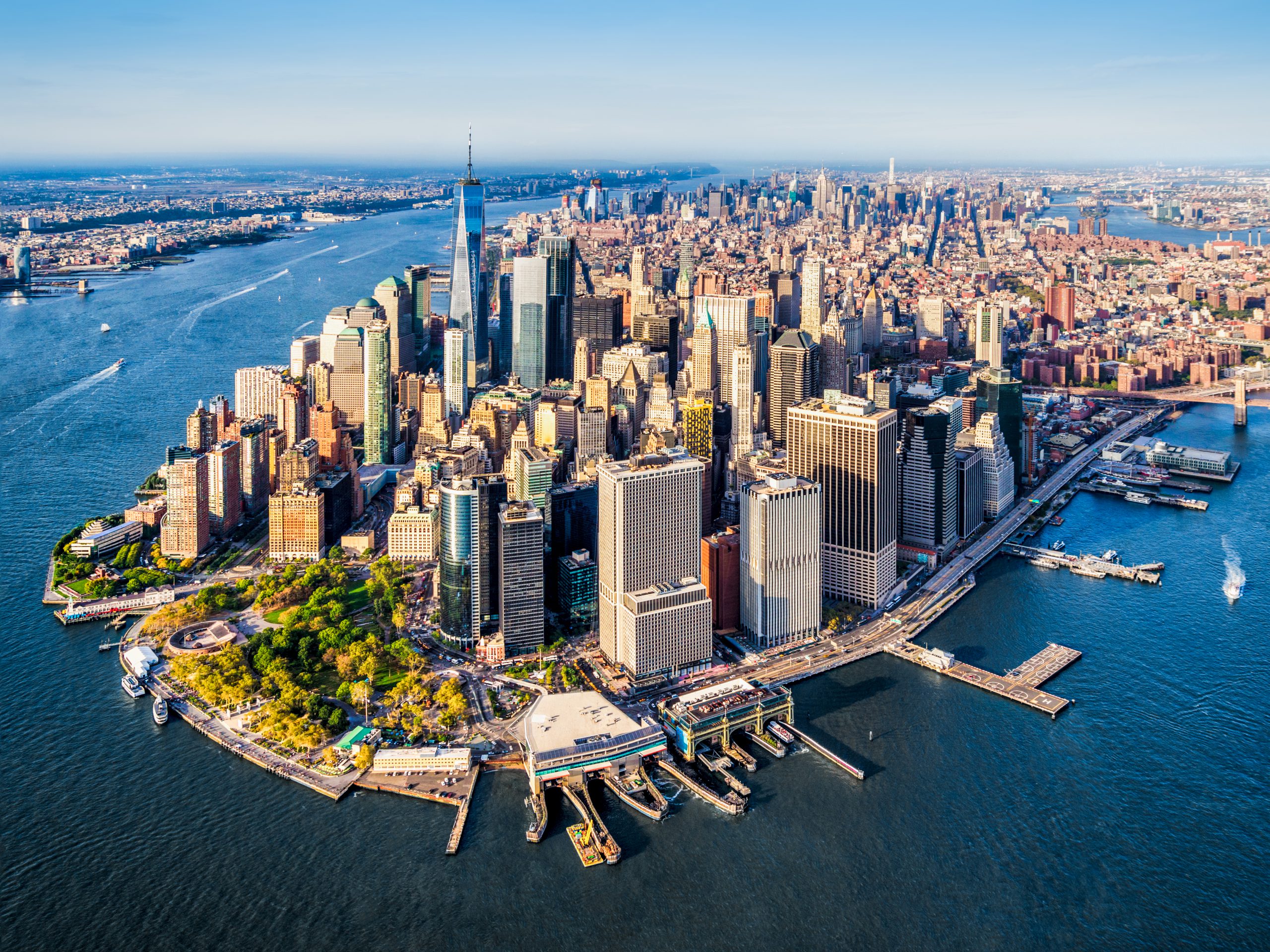 Protecting the natural lands that remain along our coasts is key—but for many of our densest, oldest cities where the waterfront is fully developed, that ship sailed generations ago. Photo credit: Flickr user Riviera Travel

The projects created through Rebuild By Design are scheduled to begin construction next year. Meanwhile, Chester’s team has taken their show on the road, working across the country and around the world sharing lessons learned and helping communities become more resilient.

So what have New York City residents learned since Sandy? “In some ways, it’s simple,” says Chester. “Every single thing we build as a society should be built with resilience in mind—from homes to neighborhood playgrounds to skyscrapers to freeways.” Along with ambitious, creative infrastructure, Chester’s work forged a model for bringing community members, public agencies, and funders together to plan for the future.

“Our cities need to become more resilient to continue to thrive into the future,” she says. “Resiliency will benefit everyone, and it will affect everyone, and it’s everyone’s responsibility.”