Matt Derrick was a teenager in upstate New York when he first saw Future Primitive. The 1985 film featured pro skateboarder Tommy Guerrero carving turns on the steep streets of San Francisco, and for aspiring shredders like Derrick, it made an instant impression.

“The way Tommy Guerrero navigated the city was fluid and natural, but it pushed the sport’s limits at the same time,” Derrick recalls. At one point in the film Guerrero flies off the lip of a concrete feature in a city park, the San Francisco skyline rising behind him.

That scene was shot at Hilltop Park, the first in the city to include a dedicated skating area. When the shallow concrete bowl—dubbed “the Dish”—was completed in 1980, it was one of the few places in the world where skateboarders weren’t just tolerated, but welcomed. “Teenage me, seeing Tommy jump a fence to take a few laps around Hilltop … that made me want to drop everything and move to San Francisco,” says Derrick.

But by the early 2000s, the Dish—like the rest of Hilltop Park—was in need of a makeover. Many San Francisco skateboarders had moved on to bigger, more elaborate facilities elsewhere in the Bay Area. When Hilltop’s rundown playground was removed, the park was left with a bare field and little to attract kids and families.

Maya Rodgers grew up just down the street from Hilltop, and remembers tagging along with her older brother to watch him skate the Dish. But by the time she started a family of her own, Rodgers realized that her home neighborhood—the Bayview—fell short of the rest of San Francisco when it came to safe, accessible green space.

“We lived in an apartment very close to Hilltop, but it wasn’t a place I wanted to take my daughter. It didn’t feel safe, and there wasn’t much to do once you got there.” Instead, Rodgers would travel across the city to find places for her child to run around. “But it didn’t make sense to me,” she says. “I felt like, why should I have to go to other neighborhoods just to take my daughter outside?” 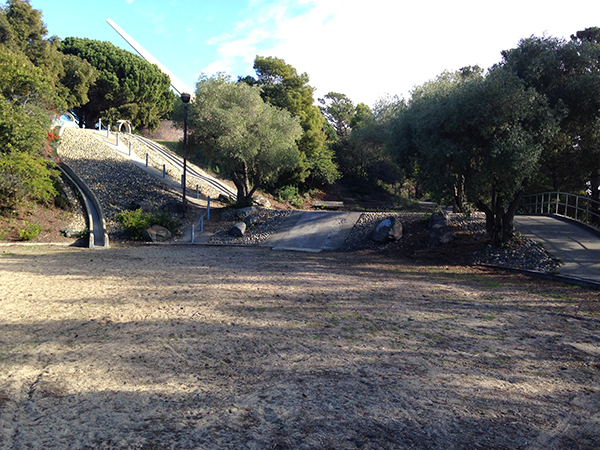 By the early 2000s, Hilltop Park was in need of a makeover. Photo credit: The Trust for Public Land

Rodgers knew her community deserved better. Six years ago, she and a group of fellow mothers—all raising families in the Bayview—started talking to neighbors about getting Hilltop Park a makeover. Fast-forward to last weekend, and she and her friends were celebrating the park’s grand reopening after a total overhaul—made possible by the San Francisco Recreation and Park Department, city and state funds, and donors and supporters of The Trust for Public Land.

From start to finish, the park’s transformation was a labor of love by the whole community. Hundreds of neighbors turned out for cleanup days and planning sessions. Matt Derrick—who made good on his film-inspired dream of moving to San Francisco and now runs DLX Skateshop—rallied skateboarders from across the city to get involved. Seniors who’ve lived in the Bayview all their lives shared stories about what the neighborhood was like in the 40s, 50s, and 60s. Students from a nearby high school took a class in metalworking, creating custom artwork for the park’s new sidewalks—medallions depicting themes in the history and culture of the Bayview. 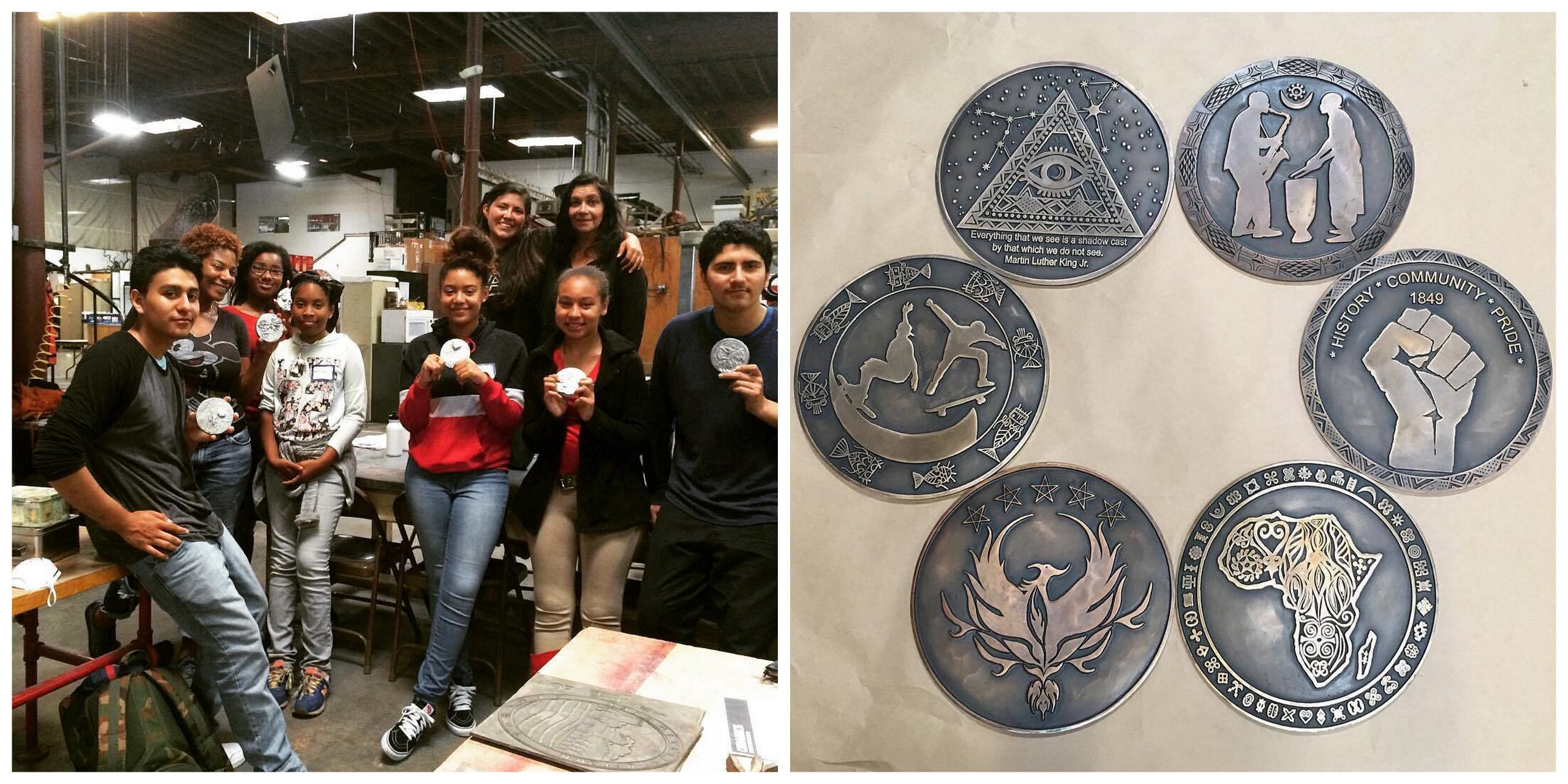 Denise Snaer-Gauder is an artist at the Crucible, which teaches metalworking. “The students who worked on the medallions go by Hilltop Park every day,” she says. “Creating these artworks, I think that provides a real sense of pride and ownership.”Photo credit: The Crucible, via Instagram (@the_crucible)

Every element of the new design at Hilltop has a role in community health—mental and physical. There’s a stage and amphitheater for community gatherings. A new playground welcomes families with kids. Walking paths and a Trust for Public Land FitnessZone® area provide a place for neighbors to socialize and get in shape, while a lawn and tree-shaded benches provide space to take in Hilltop’s breathtaking views of San Francisco Bay.

“We try to get our folks out in parks for physical health, but also for healing and coping with stress, anxiety, and community trauma,”says Michael Bennet, a wellness instructor at the Bayview YMCA. “Down in the Bayview we’ve been isolated—we have crime, poverty, and high unemployment. So we need more places like this where people can work on those issues through exercise, or just by being outside with their friends and neighbors .” 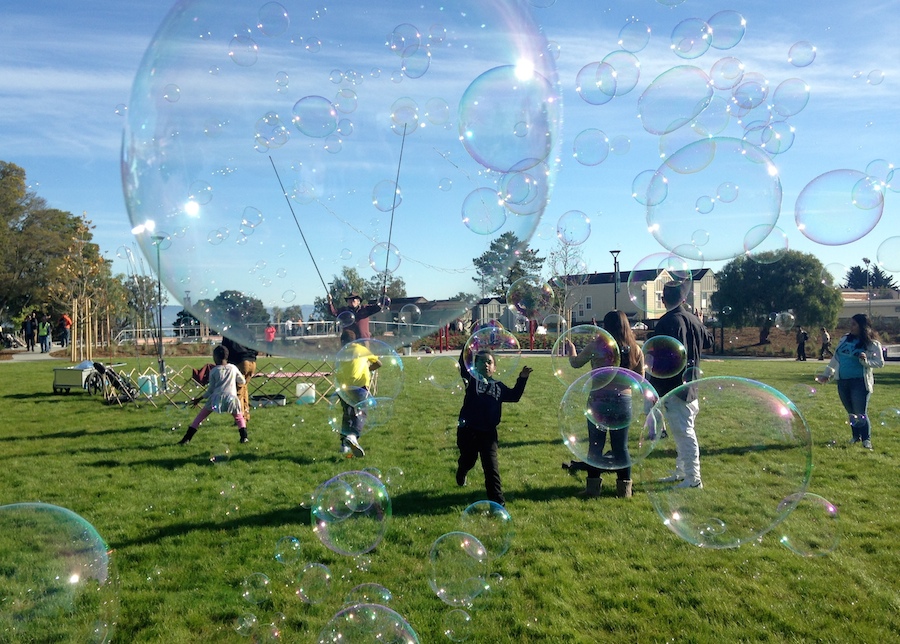 Whether you skateboard or not, the rejuvenated Hilltop Park is a great place to play.Photo credit: The Trust for Public Land

Maya Rodgers agrees.“This park starts to fill the need in our neighborhood for safe spaces to be together,” she says.“We’re a proud and tight-knit community, and a lot of people had to work really hard to make this happen. I look forward to this park drawing people from throughout the Bay Area to this beautiful new park. We want people to come see it and love it the way we do.”