Protecting a park that’s ‘so L.A.’
By Trust for Public Land
Published July 27, 2017
Spread the Word

Protecting a park that’s ‘so L.A.’

In a city as enormous and diverse as Los Angeles, it’s debatable whether there’s any such thing as the quintessential park experience. But if it exists, you’ll find it at Runyon Canyon: 150 acres of open space just blocks from Hollywood Boulevard.

At this popular hiking spot on the east end of the Santa Monica Mountains, a variety of routes—from stroller-friendly fire-roads to daring rock scrambles—reward visitors with views that stretch from the downtown skyline to Griffith Observatory. (Also in frame: the Hollywood Sign, and, on clear days, the ocean.) 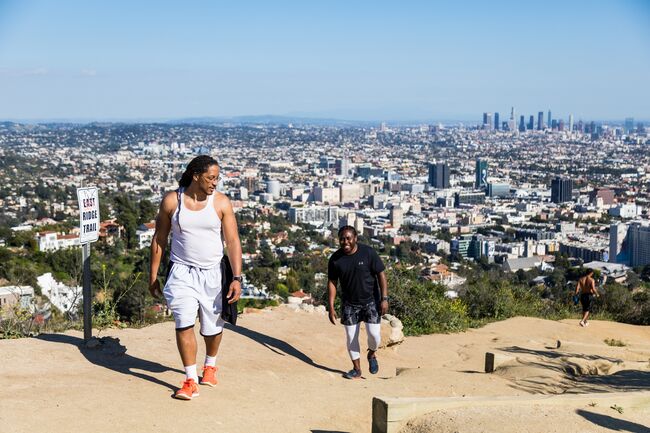 If Los Angeles is the center of your universe, the views from Runyon Canyon will make you feel like you’ve got the world at your feet.Photo credit: Annie Bang

With a backdrop like that, it’s no wonder the park is a favorite of Los Angelenos from all walks of life. But even Runyon regulars seldom realize that until earlier this year, part of the canyon—including one of the most popular trails—was privately owned. Fortunately, when that property was threatened by development, The Trust for Public Land was able to protect it and add it to Runyon Canyon Park.

Ready to see or be seen at Runyon Canyon? Here are five tips for making the most of this L.A. landmark.

The steep hillsides sport wild chaparral and vibrant wildflowers in the spring, but there’s little tree cover for shade: bring plenty of water and get an early start to avoid hiking in the heat of the day.

Runyon’s location makes it a prime spot for celebrity-spotting. But why spend your trail time scouting out stars when you can be one yourself? All you need is a ball cap, big sunglasses, and an air of mystery to keep your fellow hikers guessing.

Outdoor yoga offers an alternative—or a warm-up—to a Runyon hike or run. Classes are offered daily and are free, though donations in the $5–$15 range are a welcome addition to your “Namaste.” 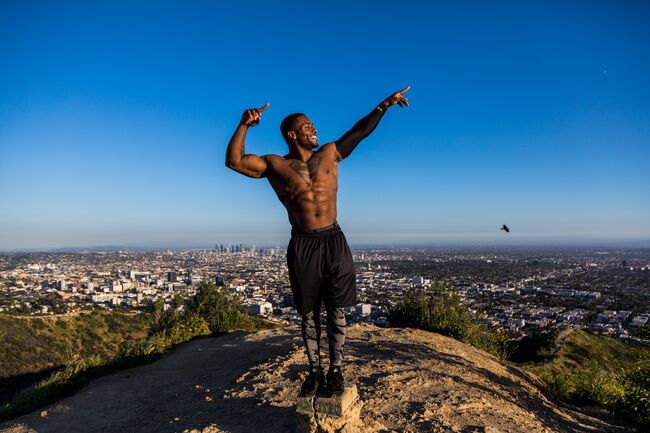 Yoga not your thing? The vistas from the top are ready-made for capturing Insta-worthy photos of whatever pose comes to mind.Photo credit: Annie Bang

You can expect a sizeable canine contingent on the trails at almost any time of day: part of the park is an off leash-area. If you bring four-legged friends, make sure they’re comfortable running with the pack.

Google Street View now covers some popular trails—including several Runyon Canyon mainstays. If you’re a plan-ahead type, you can get a visual on what to expect at maps.google.com.

Runyon Canyon’s fans have a history of stepping up to protect their park. An earlier plan to develop the canyon in the 1940s met with stiff opposition from its neighbors—even though the design came from Frank Lloyd Wright! No offense to the architect, but we agree with the Los Angeles residents who like Runyon just the way it is.

In the neighborhood? Come celebrate Runyon Canyon with us next Thursday, August 10. This park is just one example of amazing places across the country protected by The Trust for Public Land thanks to the Land and Water Conservation Fund. To see more—and learn how you can help—visit tpl.org/lwcf.