Rue Mapp on changing the face of the outdoors
By Trust for Public Land
Published May 5, 2017
Spread the Word

Rue Mapp on changing the face of the outdoors

We were honored to welcome Rue Mapp to our annual conference of volunteers last week. Mapp is the founder of Outdoor Afro, a national social network that connects African American outdoor lovers to nature—and each other.

Mapp launched Outdoor Afro as a blog in 2009. In the eight years since, she has become one of the nation’s most influential voices on diversity in the outdoors. “We’re in the business of culture shift,” she told our volunteers. “There are all these little indicators that we’re moving in the right direction. I’m seeing a change in how we’re talking about communities of color in the outdoors and whose voices are getting heard.”

When she’s not at a speaker’s podium sharing what she’s learned, Mapp is out on the trail amid the redwoods and rolling hills of the San Francisco Bay Area. We caught her in a rare moment of stillness at Outdoor Afro headquarters in uptown Oakland. 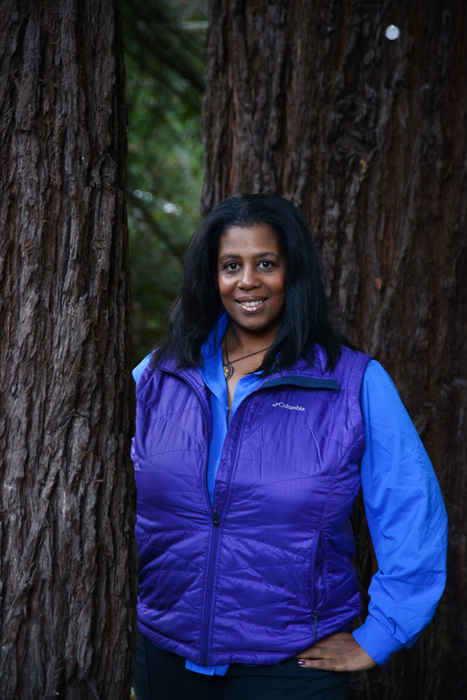 How did you first form a connection to the natural world?

I grew up on a dead-end street in Oakland, and the unused end of the block was claimed exclusively by the neighborhood kids. We’d pilfer wood and nails from our garages and build hidden perches in the oak trees that grew back there. My parents also had a small ranch up near Clear Lake, north of Napa. Out there I could just be a kid: ride my bike on country roads, play around in the creek, watch the seasons change and the wildlife come and go. I was raised to be outside all the time—and frankly I took it for granted. It wasn’t until I was an adult that I realized just how special my experiences were.

So outdoorsiness runs in the family.

I get it from my dad. He was a black cowboy who came from Texas to California and brought his love of the outdoors with him. He hunted and fished—I caught my first fish with him when I was three years old. He taught me this everyday way of being in nature: it wasn’t an event, it was a way of life. We made wine, jams, and preserves. We had pigs and cows. My dad built a smokehouse for sausages and hams and delicacies that we couldn’t buy in a store.

You know what? I used to read those Laura Ingalls Wilder books while we were up on the ranch. I really connected to her characters in some ways, but there weren’t any stories about little girls who looked like me. That’s one reason Outdoor Afro exists—for me to tell my story so that black and brown girls can see themselves in nature and the outdoors. 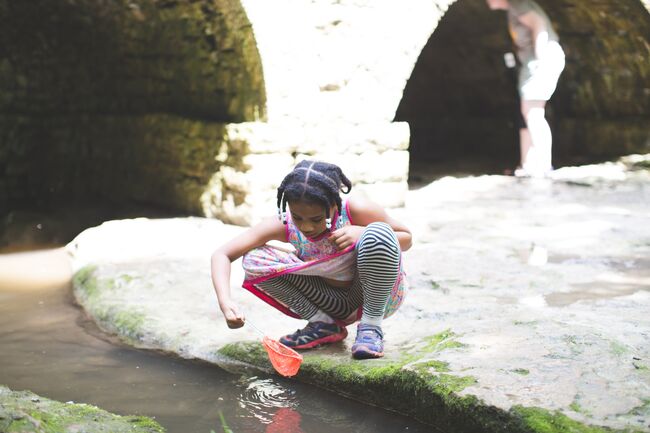 What other stories are out there? Who has inspired you?

Well, African Americans have historical role models, but we don’t necessarily connect them with conservation or outdoor leadership. So what I’ve been doing is rebranding people. Think about Harriet Tubman. She was every bit a wilderness leader: how else could she have brought hundreds of people to freedom under cover of night? She knew how to read the landscape and navigate by the stars. When you think about someone like her as a wilderness leader, it situates us in nature—and as leaders in nature—in a way that we don’t typically have the opportunity to tap into.

Right. Because for much of your life in the outdoors, you were the only black person on the trail.

Growing up, I was always with people who looked like me in nature because I was with my family. But as I got older and started getting out of the city, I’d join the hiking groups, go on biking trips, and find I was always the only African American woman there.

Why do you think that was?

I was privileged because I had networks of friends who supported me getting out in nature. I could borrow gear, or ride along with them. But if you don’t have that know-how or those networks, it can make it hard to do some things in the outdoors.

There’s a myth that people who look like me don’t have a connection to nature. When we talk about communities of color in nature, the question tends to be, “Why don’t they go out?” or “Why are they not doing these very specific activities?” I ask different questions. How are people getting out? What are they doing when they go? Busy working families have a lot going on, so how do we make it easy for people to connect to nature, close to where they live? We need to lower the barriers between communities of color and the outdoors, whether they’re psychological barriers, or practical barriers like gear and transportation. 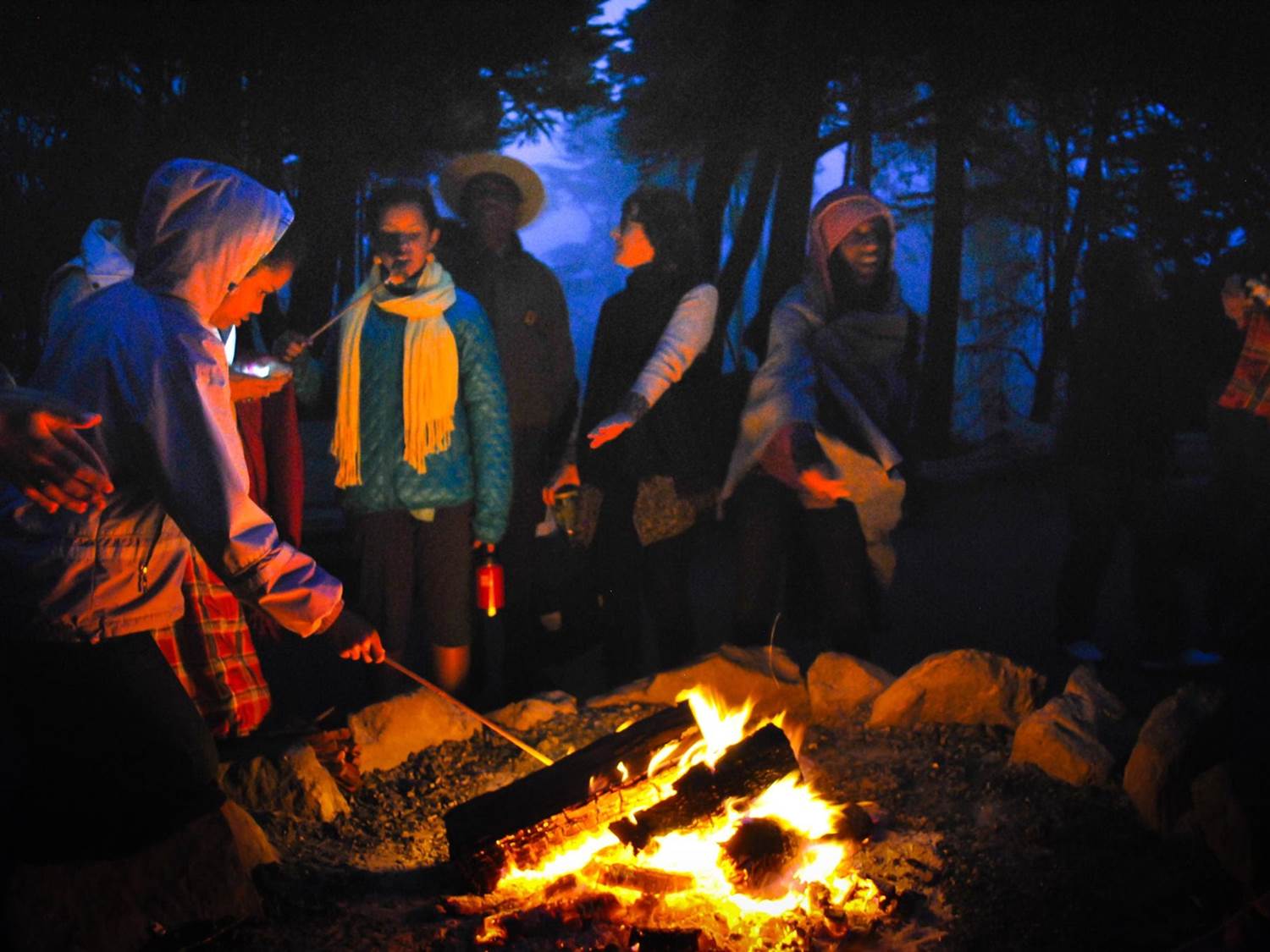 “We’re starting to shift the visual representation of what getting out into nature looks like—not only who can be in nature, but who can lead,” says Mapp.Photo credit: Outdoor Afro

Why does Outdoor Afro focus on leadership training—versus just getting people out to the outdoors?

People tell me time and time again that they appreciate having leadership from within their community. There are many nature-based school groups and programs with black and brown participants, but the trip leaders or class teachers—the ones with all the knowledge—are not people from the community. We’re here to shake that up a bit. It’s inspiring to learn about birds, wildlife, and native plant restoration from African Americans. We’re starting to shift the visual representation of what getting out into nature looks like—not only who can be in nature, but who can lead.

What do your kids think about all this?

I think a lot about the sacrifices they’ve made. Back when I was in school, they’d cry when I left to go to class. We had no idea what was on the other side of that, that it would become something as transformative as Outdoor Afro. My kids are 19, 14, and 13 now. They have been by my side, championing me, telling the story. My work allows me to include them in almost everything that I do—and they love the outdoors! 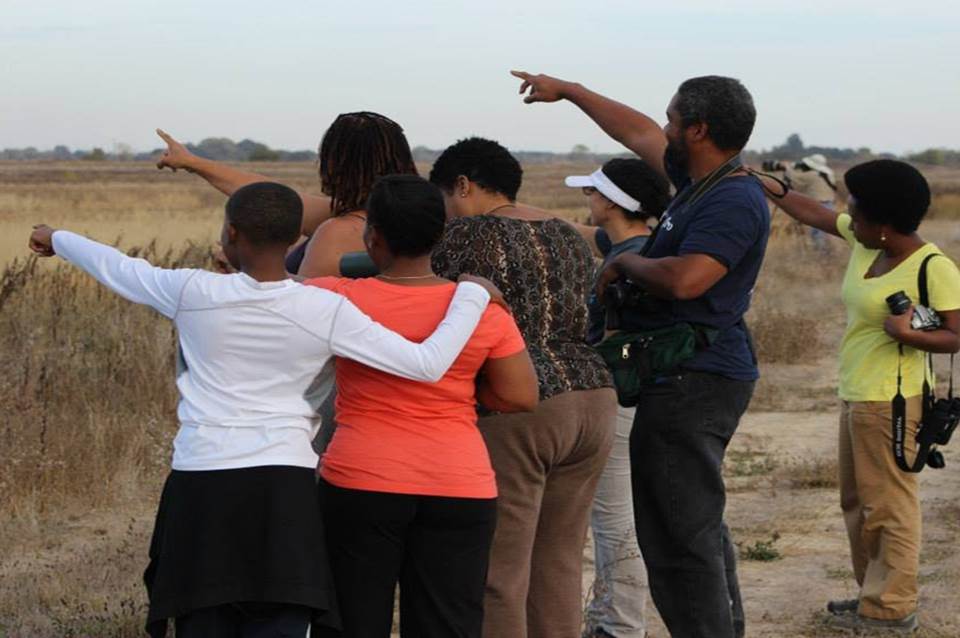 “People tell me time and time again that they appreciate having leadership from within their community,” says Mapp.Photo credit: Outdoor Afro

What’s your advice to other parents for raising nature-loving kids?

Trust them. And trust nature. We can be overprotective: we don’t want our kids to take risks, we don’t want them to get hurt. But kids are going to test their limits. Little scrapes and moments of uncertainty are there to help kids learn who they are. Nature is a generous teacher; it’s there for all of us.

How will you know your work is a success?

I think true success will happen so quietly that you won’t even notice. No balloons, no parade … just a quiet moment of transformation. We’ll see all communities enjoying nature as a part of everyday life, and it’ll be no big deal.