Mention California’s Napa Valley and most people think wine country, not wilderness. But beyond the vineyards and tasting rooms you’ll also find hiking, mountain biking, climbing, and spectacular views–if you know where to look.

Dominated by Mount St. Helena, Robert Louis Stevenson State Park is named for the author of Treasure Island, who honeymooned here in the late 1800s. (To be more precise: he and his wife took up in an abandoned mining camp, because the local hotels were too expensive!) Of his temporary home Stevenson wrote, “Mount St. Helena is not only a summit, but a frontier.”

More than a century has passed, but visit the park and you’ll see even now what Stevenson meant. Despite its location less than two hours’ drive from San Francisco, the park’s tall pines, dense thickets of madrone and bay laurel, and strange volcanic rock formations have the feel of a lost world. 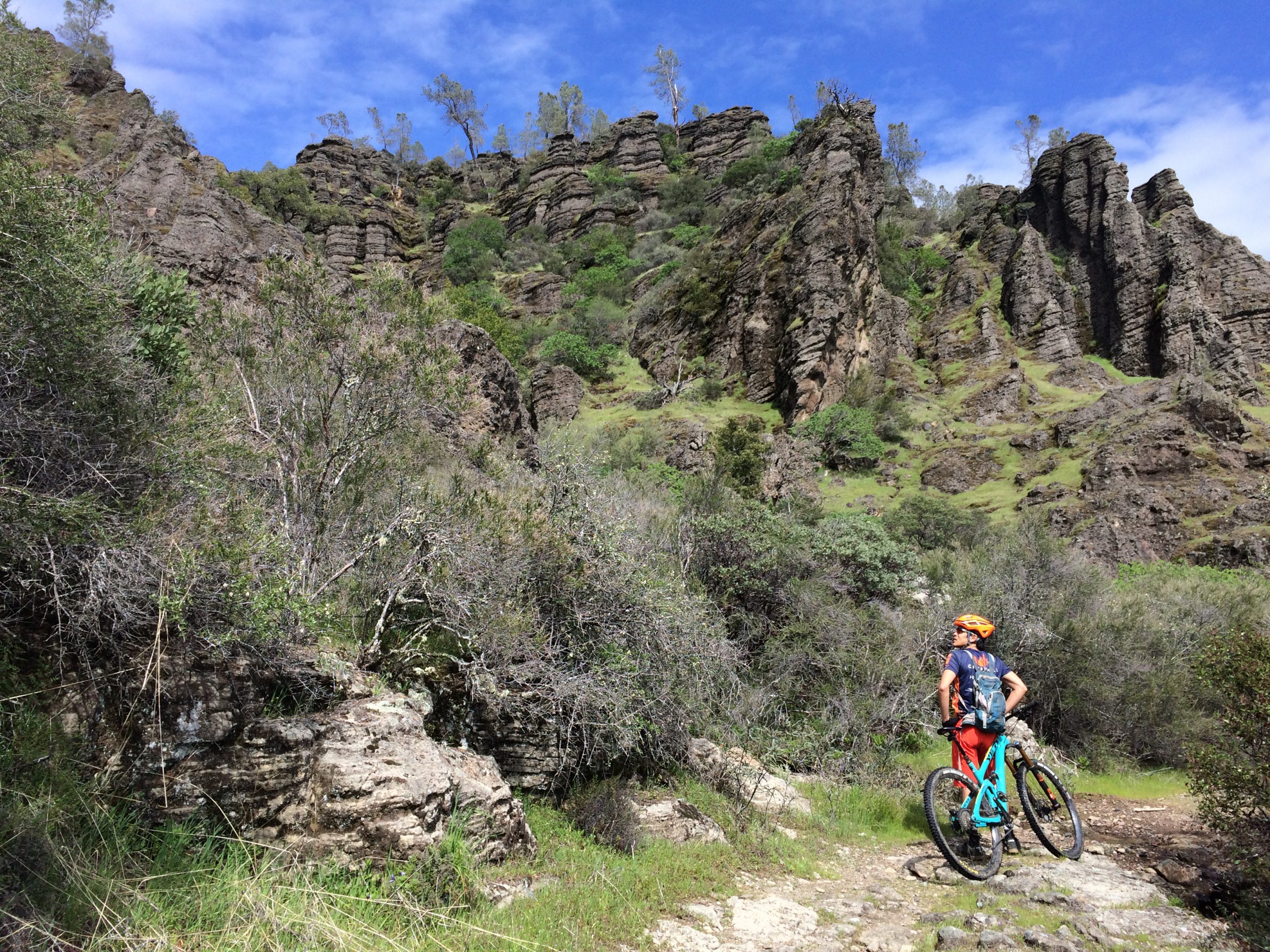 Robert Louis Stevenson State Park is less than two hours from San Francisco—but it can seem like a world away.Photo credit: Trust for Public Land archive

Until recently, much of the wild landscape visible from the Mount St. Helena summit was privately owned—and in high demand for development. To safeguard creeks and streams, wildlife habitat, and the park’s spectacular views, The Trust for Public Land worked with the owner to protect the property with a conservation easement.

The protection of this land is made possible in part by the Gordon and Betty Moore Foundation.

The deal creates a 34-square-mile expanse of protected open space: no mean feat in the bustling Bay Area. But there’s still more to be done. The Trust for Public Land is now working to add more than 1,000 acres of the newly conserved land to the state park—and extend a hiking and mountain biking trail through the property, too.

You can support the effort—and others like it—at tpl.org/donate. In the meantime, take some time to explore Robert Louis Stevenson State Park: whatever activity you prefer to do, you’ll see why we’re so excited to make this versatile outdoor playground even better. 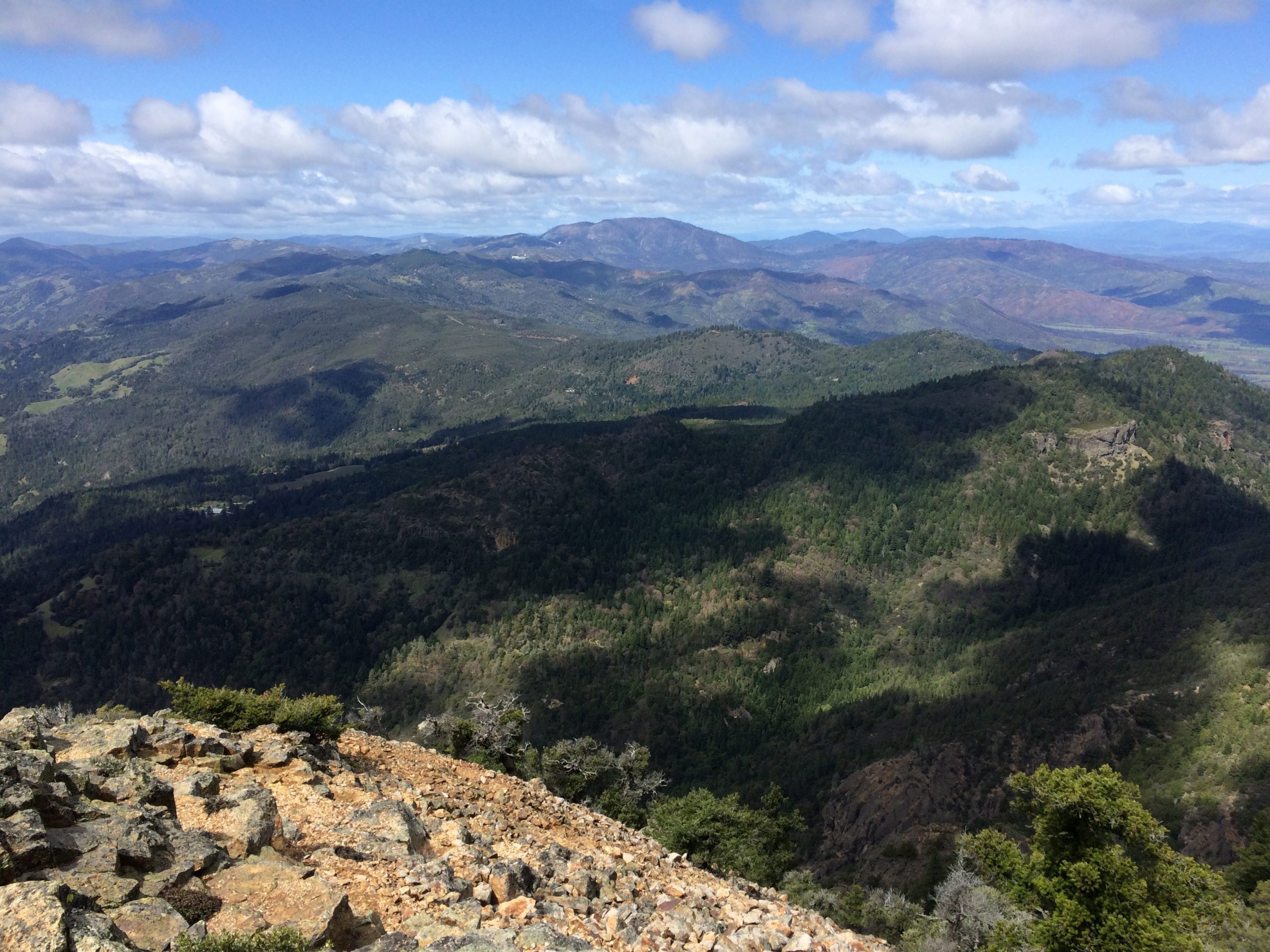 On a clear day at Robert Louis Stevenson State Park, you can see all the way to the white-capped Sierras—and at 4,343 feet, Mt. Saint Helena’s North Peak even gets some snow of its own once in a while. Most of the 5.5 miles up to the summit are wide-open fire road: a great workout, but a relatively un-adventurous out-and-back. Successful expansion of park would open up possibilities for new trails, creating loop options and alternate routes to the peak.

History buffs should look for the summit plaque, a replica of the one placed there by Russian surveyors from Fort Ross. 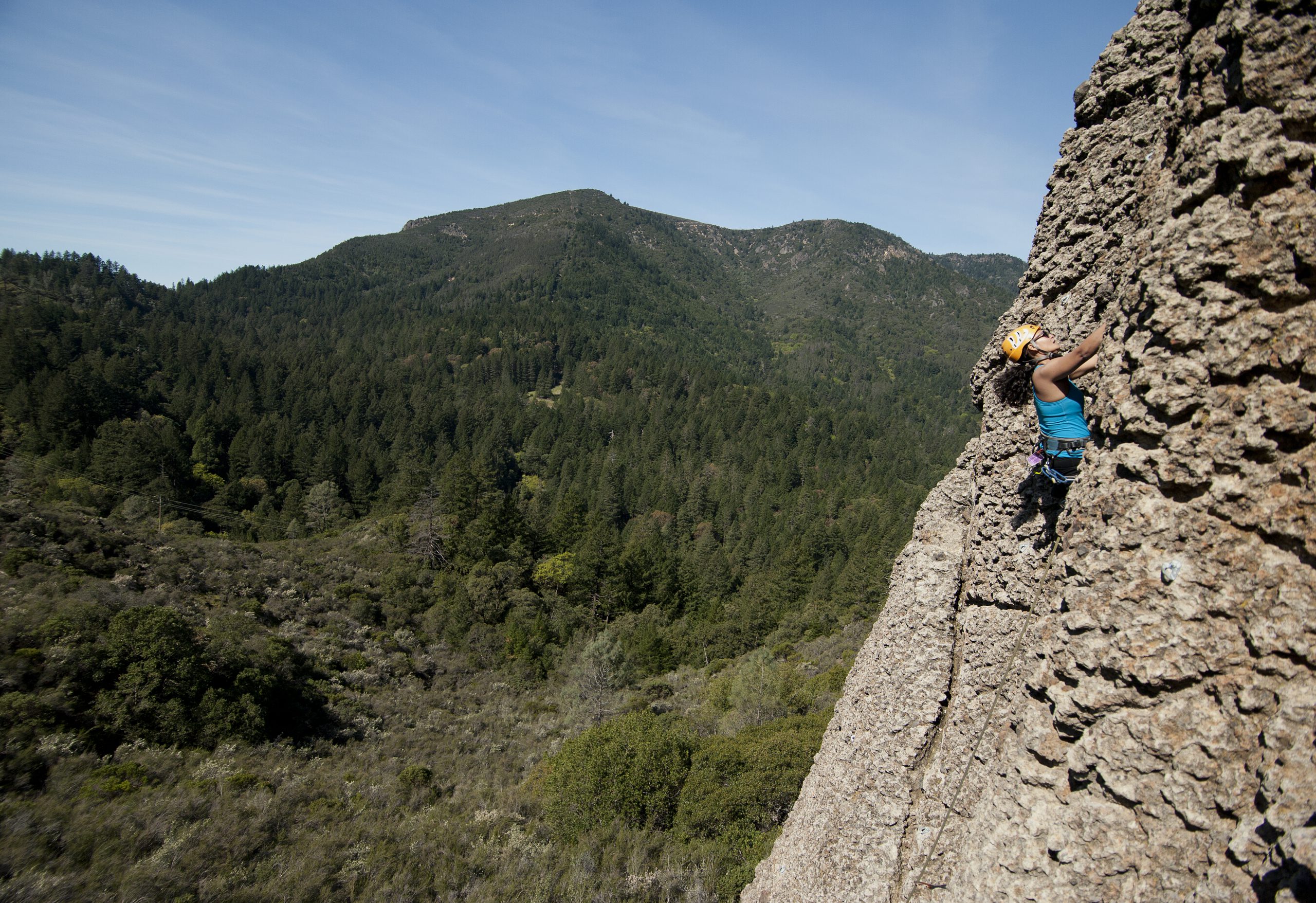 The region’s volcanic past means that the rock type at the half-dozen or so climbing areas within the park varies widely, from “cheese-grater” friction to cracks and hueco-like pockets. With hundreds of traditional and bolted routes established by local climbers, there’s something for everyone—and many of the park’s crags offer epic views as a reward for a route well done. 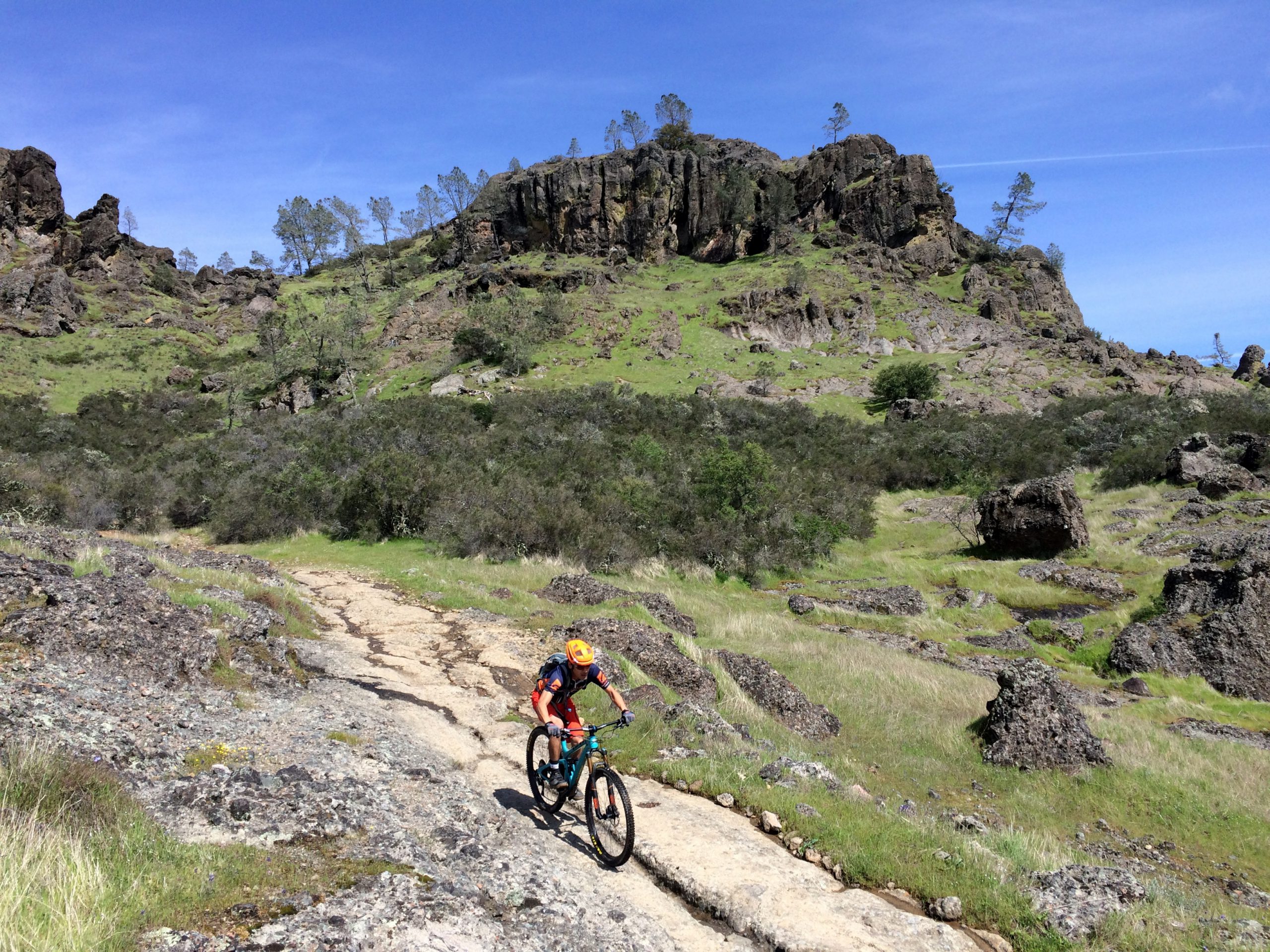 In its lower reaches, Oat Hill Mine Trail offers a steady grade and gorgeous views down the valley. Pass the four-mile mark, though, and more experienced riders will love the challenge of technical rock gardens rare in the Bay Area. Currently the trail dead-ends on private property—but if The Trust for Public Land succeeds in extending the trail system, riders will be able to continue on for miles.

Something to think about if the tricky grooves in the rock get the best of you: those are ruts made by wagon wheels in the 1800s! (Take a close look at the photo above and you’ll see one.)