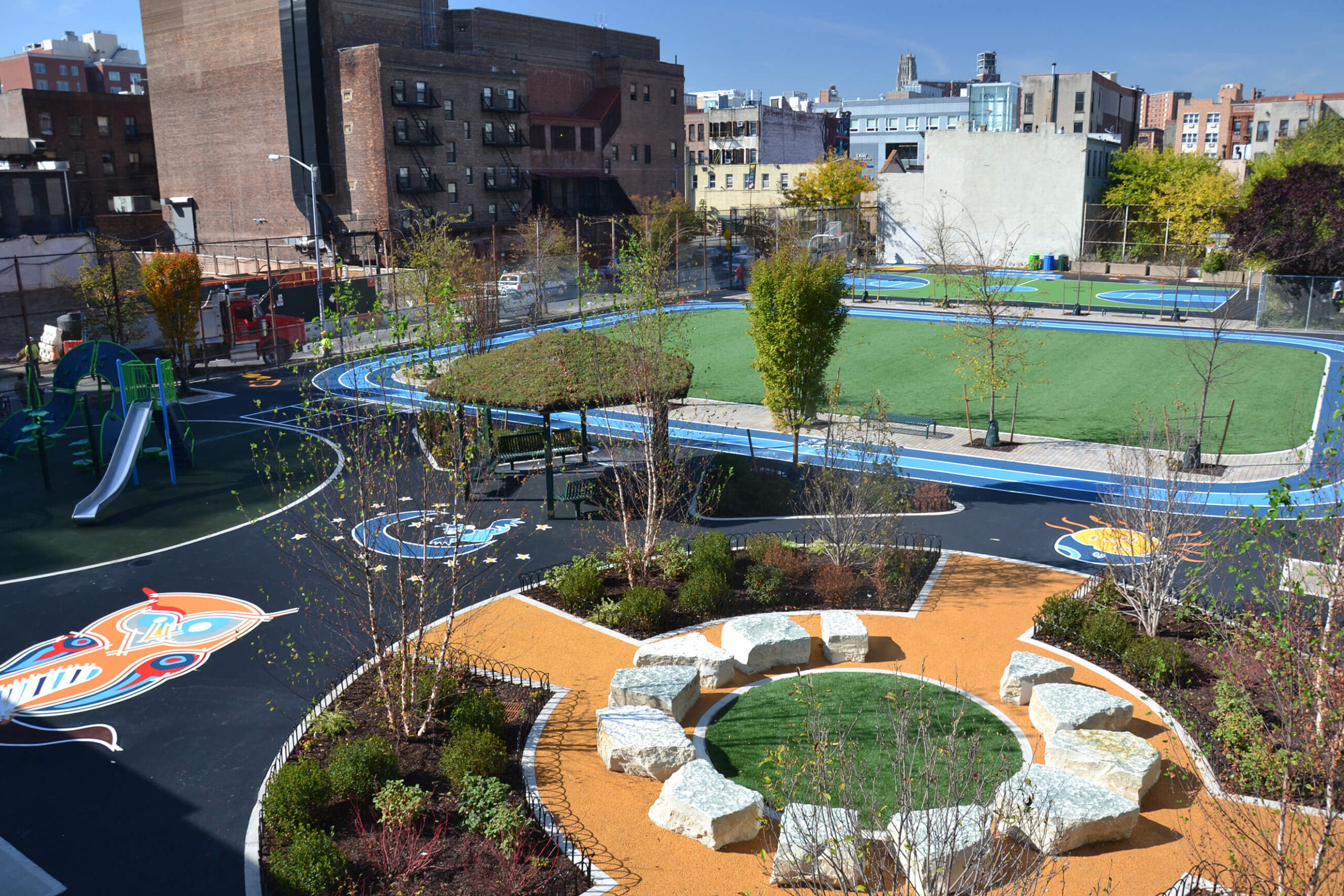 In one of New York City’s densest neighborhoods, room to run can be hard to come by. But with help from our friends at the New York Road Runners, we transformed a schoolyard into a runner’s paradise.

Though they’re still in grade school, the kids at C.S. 154 in Harlem are already learning a valuable life lesson: if they’re willing to sweat, they’ll go far—like, marathon far.

The prekindergarteners at this elementary school set aside part of their school day a few times each week to get out of the classroom and go running. They’re Mighty Milers, members of a program sponsored by the New York Road Runners. Teachers help their students set running goals and track their laps. As the school year progresses, the effort adds up: some kids will cover more than 26.2 miles—the length of a traditional marathon—over the course of the program.

“The kids love running,” says Brandon Werner, who taught at a middle school on the same Harlem campus. “They look forward to it, and teachers notice a big difference in their ability to focus after they’re done running for the day.”

The kids at P.S. 161 in Queens discover one more great thing about running: it’s a good way to keep warm at recess. Photo: Naomi Ellenson

But here in one of New York City’s densest neighborhoods, room to run can be hard to come by. Until now, students at C.S. 154 have gotten their miles in by circling the bare asphalt schoolyard. It’s better for kids than running on Harlem’s busy city streets, but it’s not ideal.

“Kids are adaptable and flexible, so they can get into running no matter where they are,” says Michael Schnall, vice president of community engagement for the New York Road Runners. “But ideally, every kid growing up in the city would have a safe, beautiful outdoor space to play and run.”

We couldn’t agree more. For 20 years, Trust for Public Land has worked to redesign schoolyards in the New York City neighborhoods with the greatest need for green space. So far, we’ve completed nearly 200 schoolyards, putting a great place to play within a 10-minute walk of 3.3 million New Yorkers. We work closely with students to design custom playgrounds with the features they want most: whether it’s a soccer field, climbing wall, or colorful mural. 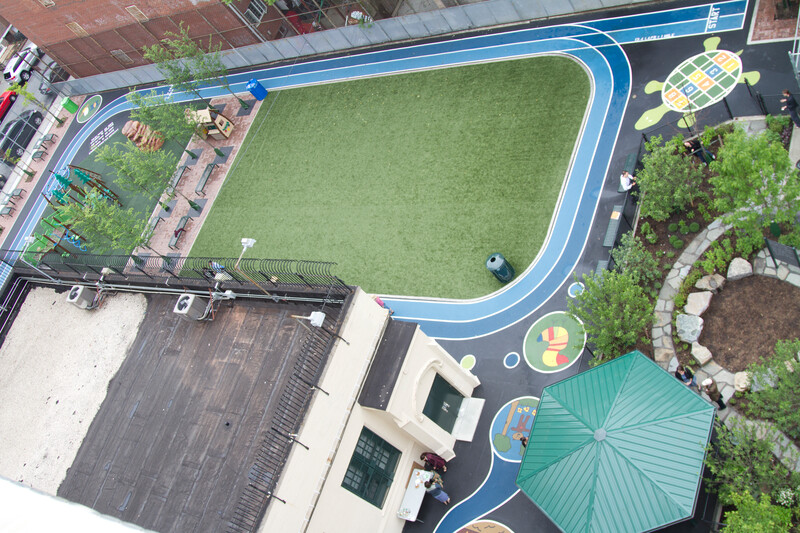 Nearly every playground we’ve built in New York City has a track, a fact that inspired the New York Road Runners to partner with us on schoolyard renovations across the city. Photo: Naomi Ellenson

But for the New York Road Runners—hosts of the world-famous New York City Marathon—it was another popular design feature that first stood out: tracks. Nearly every playground we’ve built in the city has one, a fact that inspired the club to partner with us on schoolyard renovations across the city.

“Our members care deeply about saving open spaces for active recreation, and nobody does it better than the Trust for Public Land.” Schnall says. “We’ve been investing in the community through our running programs for decades, but we’re proud to make this lasting commitment to spaces for kids to develop a love of running that we hope will last them their whole lives.”

Support from the New York Road Runners will help fund revamped schoolyards at C.S. 154 in Harlem, as well as P.S. 120 in Queens, and the Piagentini and Jones Educational Complex in the Bronx. The new running tracks will allow the organization to expand their community programs—including Mighty Milers—at each school.

As well as a running track, plans for C.S. 154 include a turf field, a garden, new play equipment, and artwork inspired by Harlem’s history—including a mural of families dancing at the celebrated Apollo Theater, which is just around the corner from the school. “The coolest part is, our students had a hand in almost every part of the playground’s design,” says Brendan Werner, the middle school teacher. “But a real track was the feature that just about all the kids wanted—they’re really looking forward to having a cool place to run.”

When the kids in Mighty Milers log a marathon’s worth of schoolyard laps, they receive their own medals from the New York Road Runners. But the group hopes the kids’ healthy habits carry them well past that first finish line: Schnall knows New York City Marathon participants who first pounded the pavement with the Mighty Milers back when they were in elementary school.

Whether or not they grow up to run races, giving kids the time and space to run can have a lasting impact. “I will always run that extra lap or extra mile; never give up or back down,” said one Mighty Miler, summing up the experience. “You should always go for it.”