Sharing the land they love—just like dad would have wanted
By Trust for Public Land
Published November 22, 2017
Spread the Word

Sharing the land they love—just like dad would have wanted

Bud Baker always wanted a farm of his own. Growing up in Depression-era West Virginia, the son of factory workers at the Fenton Glass Company, he dreamed of a place where he could tinker with tractors and fix fences— a peaceful place, where he and his family could roam.

Bud—whose given name was Oran—grew up, served in the U.S. Air Force, started a family, and established a series of successful small businesses in towns on either side of the border between Ohio and West Virginia. By 1963, he had saved enough money to realize his dream: he purchased a small, sloping farm on the banks of the Little Hocking River, with a big cave hollowed out of the hillside. “Dad was very specific: he wanted some nice, quiet land on the river, and he wanted his farm to have a cave,” says his daughter Terry Holdren. “He knew just what he was looking for, and darned if he didn’t find it.” 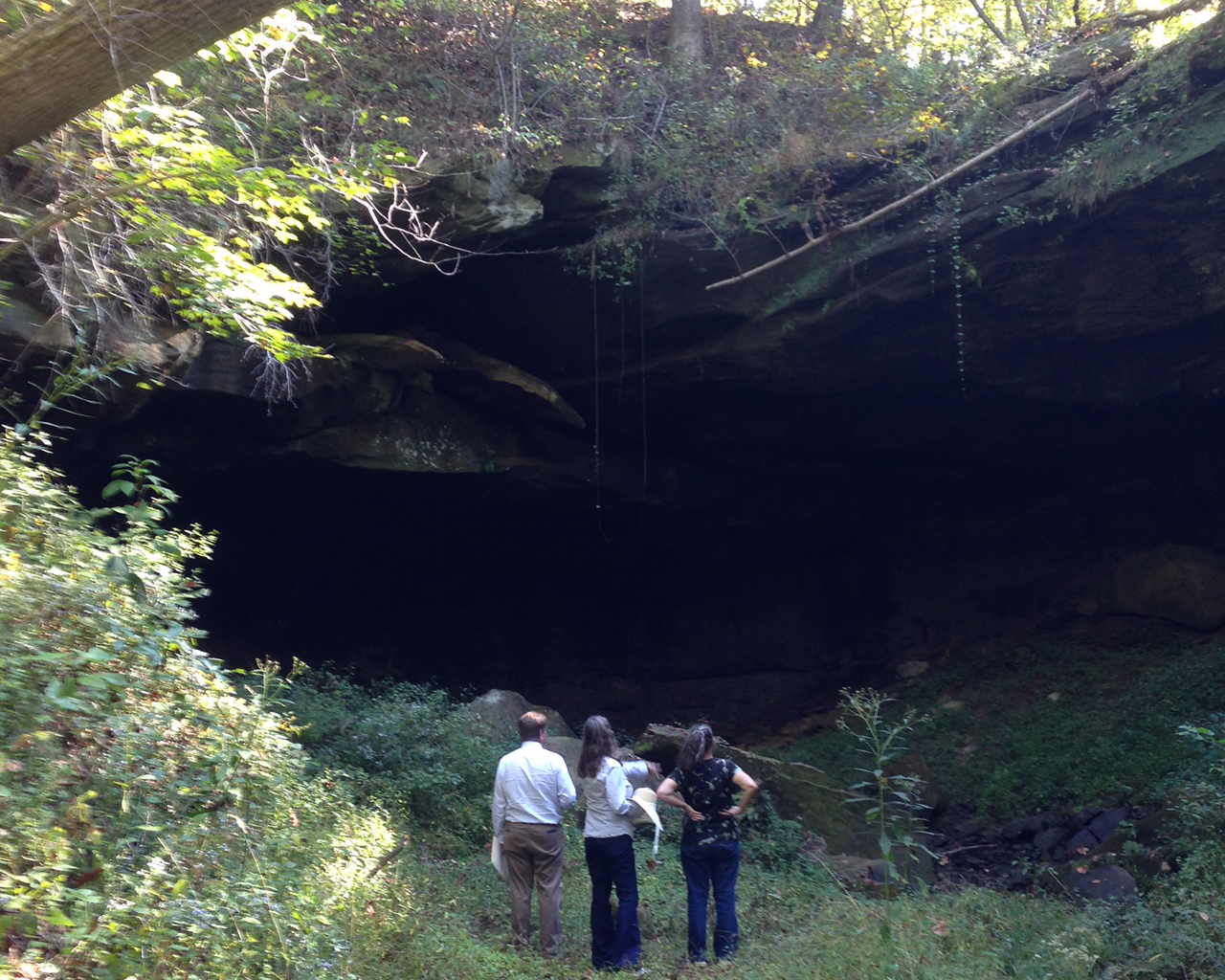 Terry Holdren and her siblings grew up exploring this cave on their father’s farm in Little Hocking, Ohio. Photo credit: The Trust for Public Land

When Terry was a kid, she and her brothers and sisters spent weekends out at the farm. “There was never a house out there until later, so early on we’d just camp,” she remembers. “We’d hike or hang out at the cave, or go sleigh-riding in winter.” Over time, Bud built a rustic bunkhouse, trails through the woods, and a big grill for cooking country breakfasts at which everyone was welcome. Bud was a keen angler, and Terry remembers casting for catfish and sunfish on the Little Hocking River alongside her dad and siblings. “I didn’t like to touch the worms, and my sister didn’t like to touch the fish—so she’d bait the hooks, and I’d take the fish off,” she says.

A talkative, funny, outgoing man, Bud wasn’t one to keep a good thing to himself. “All his life, working on this farm was his favorite hobby. He just loved this place, and he wanted everyone to enjoy it like we did,” says Terry. As residential neighborhoods grew up around the farm, he welcomed his new neighbors to explore his land whenever they wanted. Families came to hike and wander, or sit and watch the river from benches Bud built along the banks. 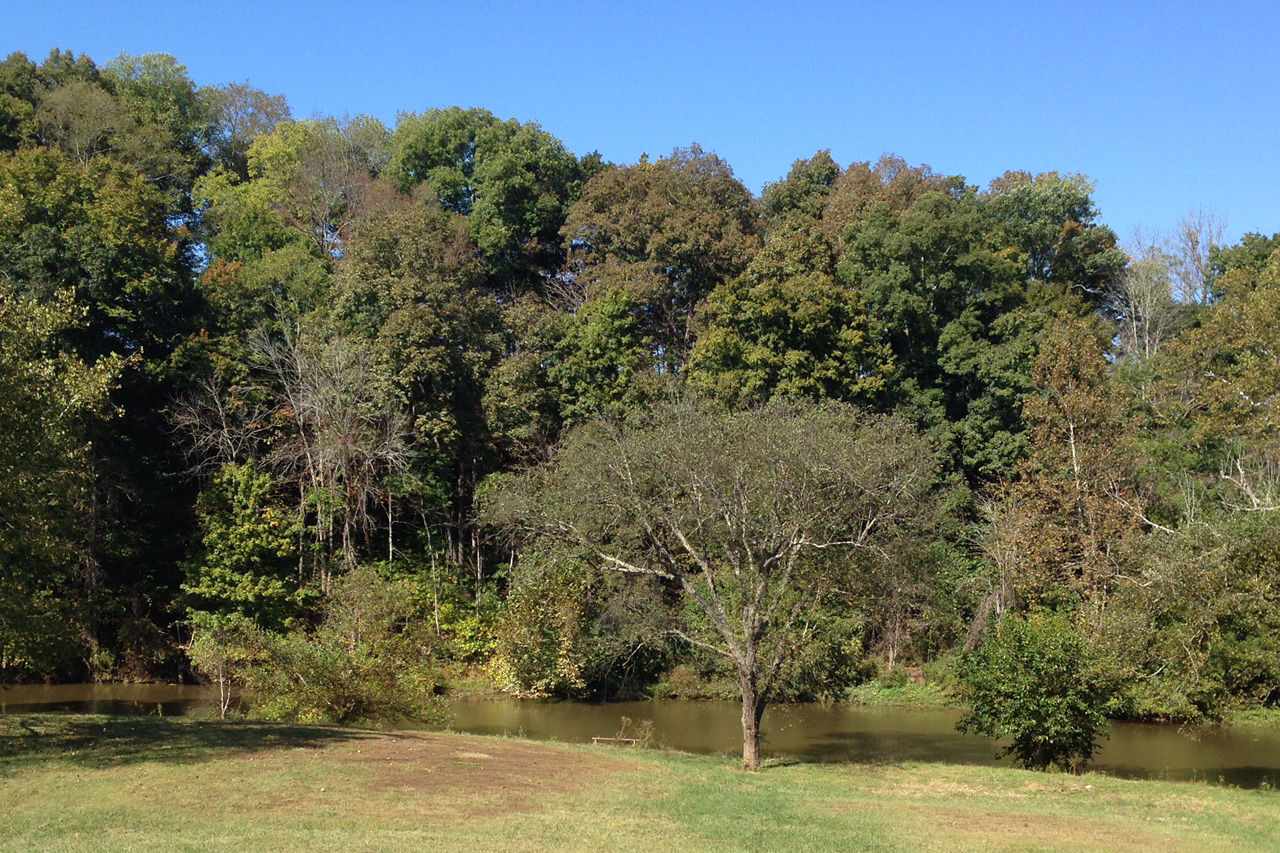 Much of the Little Hocking River flows between high bluffs, making access for boaters and anglers hard to find. Family and neighbors have long valued the flat riverfront at the Baker Farm.Photo credit: The Trust for Public Land

“Grandpa even made sure there were gates every hundred feet or so in his cattle fence, to make it easy for anyone come in,” says Terry’s daughter, Melissa, who remembers learning to drive on the farm’s backroads and years of big family holidays with aunts, uncles, and cousins. “He’d go out every morning and ride his tractor along the fence line so he could stop and chat up the neighbors. He knew everyone, he loved little kids, and he just liked having lots of people around all the time.”

Bud passed away in 2015, having lived the last 20 years of his life out on the farm full-time. When the time came to decide what would become of their family’s land, Terry and her siblings worried about keeping the farm in good shape while they were each busy with their own families and lives. “We decided we couldn’t keep it, but we knew we didn’t want it to turn into a subdivision,” says Terry.

“That was when my younger brother found out about The Trust for Public Land. Their mission matched with our mission: to preserve the farm exactly as it’s always been, and make sure that anyone who wanted to enjoy it would still be welcome.”

We worked with Bud’s family and Belpre Township to protect the farm as a public park. The new Little Hocking River Park will offer new access to the waterfront for kayaking, swimming, and fishing—a rare feature in a region where most of the riverbank is walled off between high bluffs. “That’s one of the really special things about the farm—you can walk right down to the river,” says Terry. “People won’t have to drive 90 minutes out of the way to get a boat in anymore.” 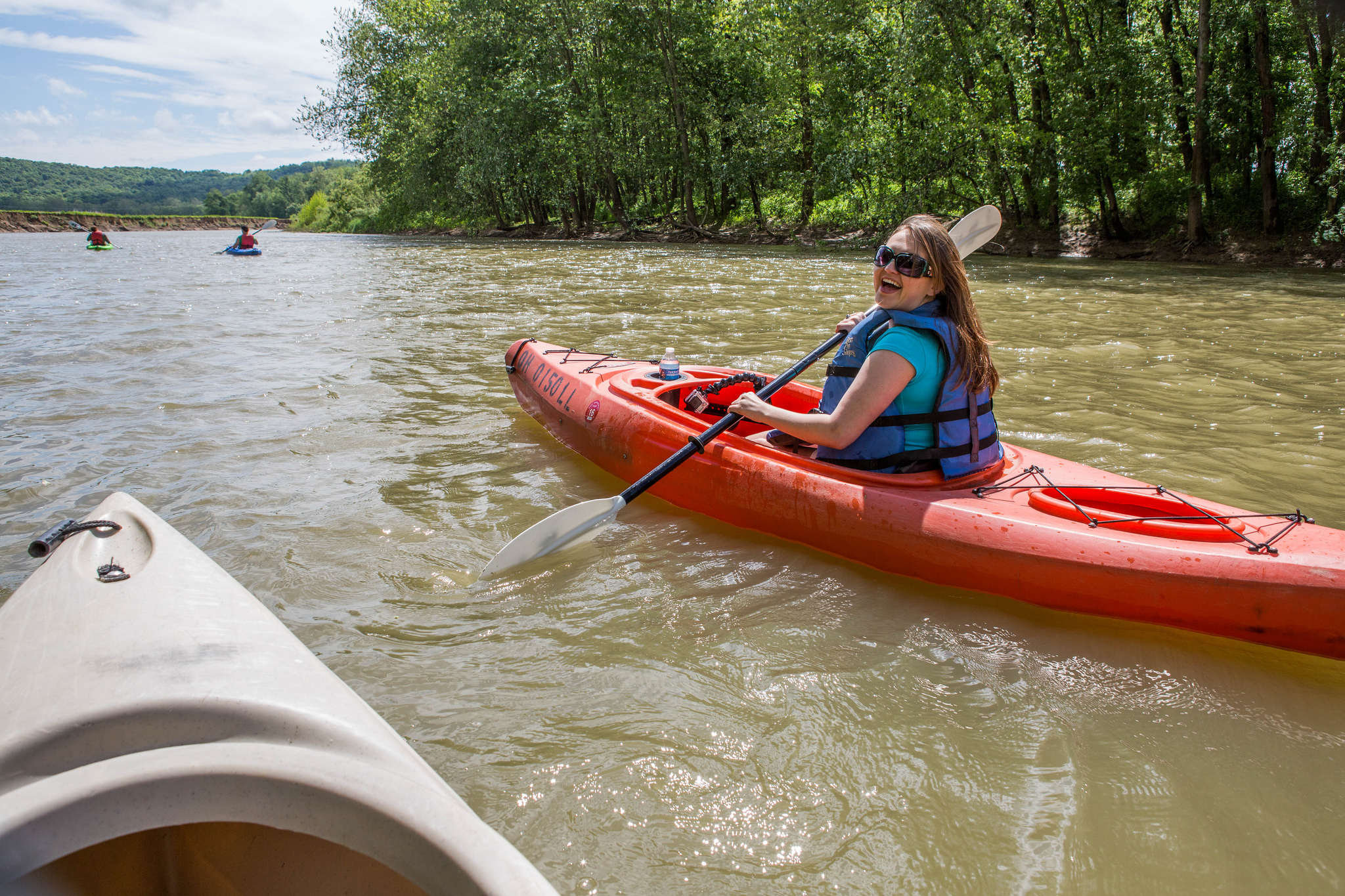 The new Little Hocking River Park is just a few bends up from the confluence with the Ohio River. Paddlers and anglers will be able to use the park as a jumping-off point for a day of exploring the region’s watery wonders.Photo credit: Flickr user FarFlungTravels

Terry and Melissa are happy that they’ll be able to keep the experience of the farm in the family. “That was another driving force for me: I wanted my grandkids to be able to see the farm the same way I had,” says Terry. “If we’d sold the land to some developer, that wouldn’t have been a possibility. Since it’s a public park, I can take the boys out there any time.”

“It’s worked out great for us, and we think the neighbors and other folks in town will be pretty happy about the river access,” says Terry. “And it’s a great way to remember Dad. It’s what he would’ve wanted.”