To get Americans moving, “consider investing in parks.”
By Trust for Public Land
Published January 3, 2019
Spread the Word

To get Americans moving, “consider investing in parks.”

Parks make our cities happier, healthier, and more prosperous. But today, more than 100 million Americans don’t have a park within a 10-minute walk of home. Instead, kids play in streets, alleyways, or vacant lots. Or they just stay inside, eyes glued to screens—a national crisis of inactivity linked to epidemic levels of obesity, diabetes, and depression.

To combat this trend, public health professionals have launched education campaigns and exercise programs, even passed legislation intended to get people moving. But despite years of investment, experimentation, and study, “There haven’t been many interventions that have been shown to actually increase physical activity at the population level,” says Lauren Mullenbach, a researcher at Penn State University. She’s the lead author of a recent study examining the connections between parks and health in the journal Preventing Chronic Disease—and her findings hold promise for anyone who’s hoping to make it easier for Americans to get the exercise they need.

Mullenbach compared exercise habits and the quality of parks in 59 large American cities. She found residents of cities with better park systems are more likely to get at least some regular physical activity.

She and her team analyzed two city-level big data sets: The Trust for Public Land’s ParkScore® index, which ranks the 100 largest U.S. cities based on park access, funding, and quality; and the Centers for Disease Control’s 500 Cities report, which includes 27 measures of chronic disease, including obesity, physical health, and physical activity. 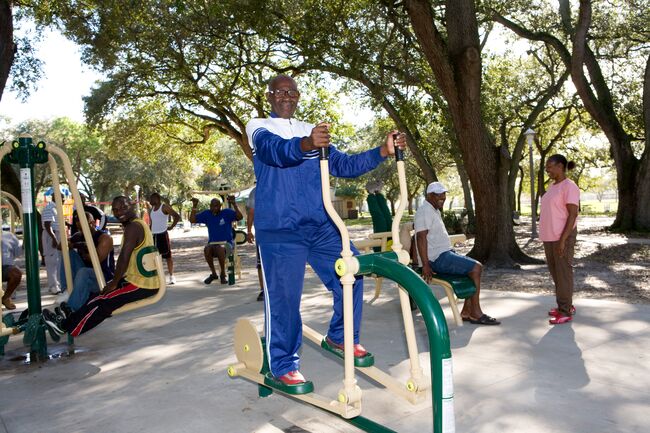 “We wanted to look at the influence of the quality of a park system on how many people reported engaging in physical activity in that city,” she says. “And we found that yes, a better quality park system is correlated with a larger share of the population getting at least some routine physical activity.” The correlation remained even when they controlled for factors like socioeconomic status, race, and ethnicity.

According to the model Mullenbach developed, every 10-point increase in a city’s ParkScore led to a 0.64 percent decrease in the number of people who get zero routine physical activity. For instance if Atlanta—with over 420,000 people at the 2010 census— increased its ParkScore of 44 points to 54 points, 2,688 more people could get at least some routine exercise.

Mullenbach wasn’t exactly surprised at the finding—it tracks with the growing body of scientific literature describing how parks can improve neighborhoods’ physical, mental, and emotional wellbeing. (The New York Times recently reported on the potential for our goal to put a park within a 10-minute walk of everyone in America to “do as much or more for the nation’s physical and mental health than anything Congress might pass.”) But the scope and specificity of this study make it unique. 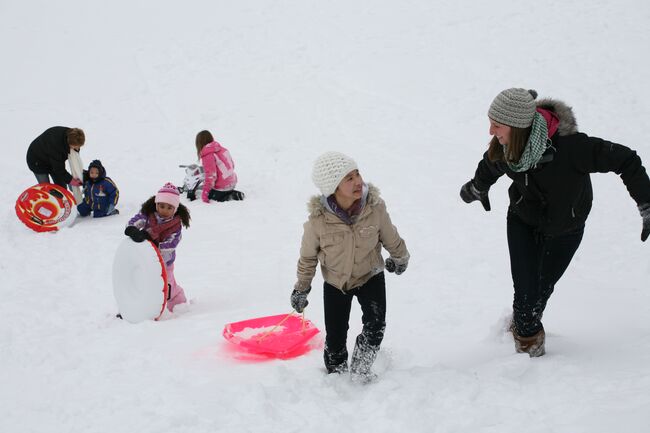 The Twin Cities are among the healthiest metro areas in America … and they’ve also claimed the top spots in our ParkScore index. We’ve helped create healthy places like St. Paul’s Frogtown Park, where families can go sledding all winter.Photo credit: Allen Brisson-Smith

“We wanted to use data from ParkScore because it’s a composite measure of the overall quality of a city’s park system,” says Mullenbach. Other studies have looked at park access, or park availability, or park funding against health outcomes. “This study combines all of those variables, which hasn’t been done extensively—until now.”

Mullenbach is careful to point out that the results show only a correlation between park quality and physical activity, not a causation. “It could be that people who are more physically active tend to care more about parks, so they tend to move to areas where parks are available,” she says. “We as researchers need to keep hammering away at these questions—it’ll take a larger body of evidence, and more angles of inquiry, to strengthen the case for parks and public health.”

That’s one big reason we’ve worked to assemble the most comprehensive data about parks available anywhere. We’ve updated our ParkScore rankings every year since 2012. And just last year, we launched ParkServe, a first-of-its-kind data-driven platform for mapping parks in cities and towns across America. It’s the most comprehensive GIS database for park access ever created—and it’s available to anyone, anytime, anywhere, for free online. “Now that we’ve collected the data, put it all online for free, and created analytical tools that anyone can use—there are no limits to the questions you can ask,” says Charlie McCabe, director of our Center for City Park Excellence. “We want people to check our assumptions about the power of parks, and look at our work with a fresh perspective.” 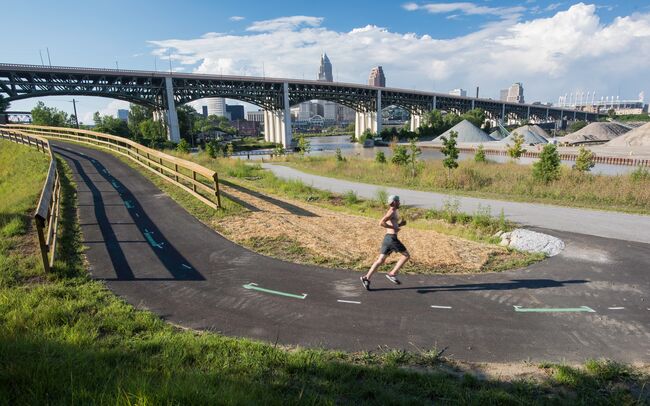 It’s not just academics who benefit. “This study is relevant whether you’re the head of a city parks department, or a local official trying to determine where to direct your limited resources, or an advocacy group speaking to funders,” Mullenbach says. “If your goal is a more physically active population, consider investing in parks.”