Emerging from fire, a Ventura neighborhood is ready to celebrate its new park
By Trust for Public Land
Published March 1, 2018
Spread the Word

Emerging from fire, a Ventura neighborhood is ready to celebrate its new park

The California city of Ventura was in the news in December when it got caught up in the massive Thomas Fire, which burned more than 280,000 acres. The city’s Westside neighborhood, where we’ve been working to build a new park on the site of a defunct factory, narrowly escaped disaster.

This part of the city is densely packed: 14,000 Westside residents faced evacuation orders as the flames descended from the hills. Jackie Pearce, director of the Westside Community Development Corporation, was among them. “It was almost miraculous. We got so lucky,” she says. “But we’re devastated for those in Ventura who lost their homes, and everyone’s lives were disrupted for weeks on end.”

Construction at Kellogg Park was in full swing when the Thomas Fire hit, but the park remains on track to open in April. When complete, it will provide much-needed green space in a neighborhood where it’s hard to come by, serving families like Pearce’s and the Silvas, who shared their story with us as just as construction was getting underway.

After the chaos, fear, and loss of the past few months, Pearce says, she and her neighbors say they’re ready for a reason to celebrate.

“We’re so looking forward to something positive and good in the neighborhood. Kellogg Park is a sign of growth, where we can get together and celebrate something we achieved together,” she says. “It’s huge. It’ll be a big help in our community moving forward.” 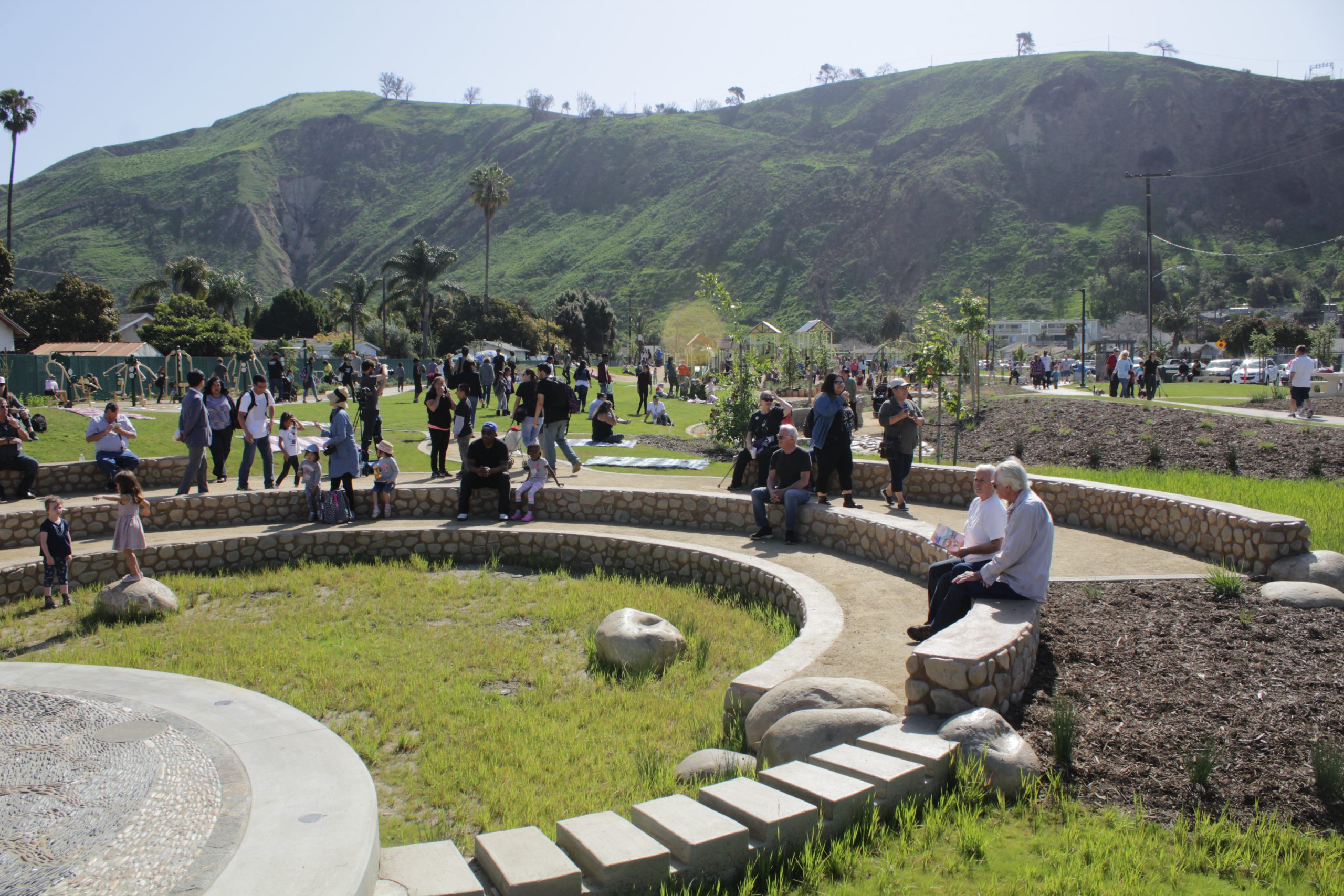