Seeds of change grow in this San Francisco park
By Trust for Public Land
Published June 19, 2017
Spread the Word

Seeds of change grow in this San Francisco park

Tyrone Mullins grew up with a park nearby—but it was no place for kids. Covering a five-block stretch in San Francisco’s Fillmore District, Buchanan Mall was envisioned in the 1970s as a green oasis for people living in public housing nearby. But by the time Mullins was a teenager in the late 1990s, the mall had deteriorated. “It was not a place that people wanted to be,” he says. “Our community was dealing with violence and a drug epidemic—and that played out as gunshots, robberies, and fights out on the mall.”

“I unfortunately was part of the group of guys that made Buchanan Mall unsafe for a lot of years, participating in behavior that wasn’t productive,” Mullins says. He served time in prison and returned to the Fillmore determined to make a change. 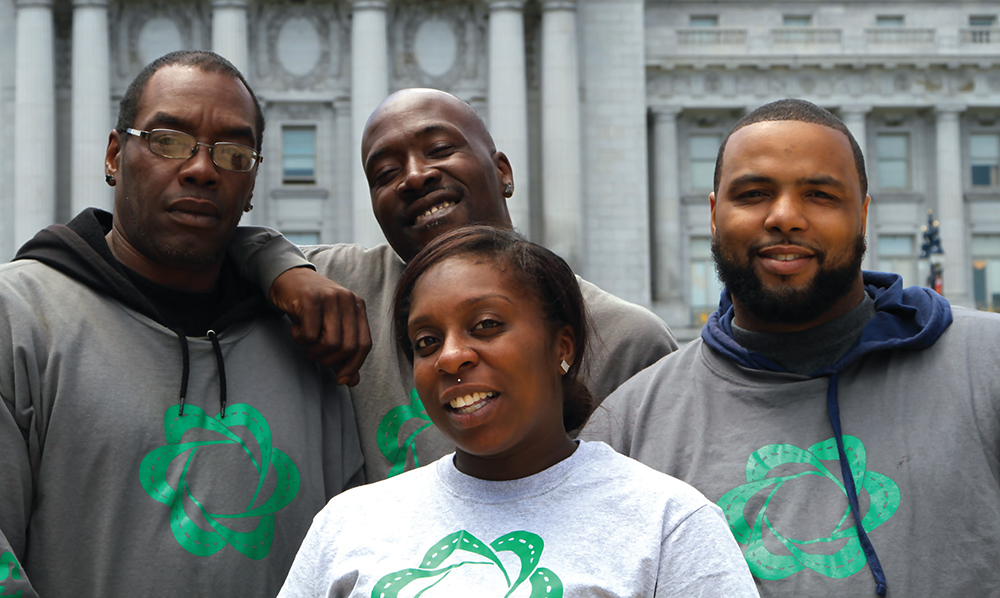 In 2010, Mullins launched Green Streets, a recycling and waste management company that serves public housing communities in the Fillmore and elsewhere in the Bay Area. He hires people who face barriers to employment—for example, a criminal record or lack of high school diploma—and like Mullins himself, many have a personal connection to the Buchanan Mall. “We grew up hearing stories from our elders of when it was a vibrant place,” Mullins says. “But most of us have also been affected by the violence that came later.”

Those personal connections make Green Streets staff natural partners in an ambitious effort to renovate the park. With help from groups like The Trust for Public Land, in 2015 a task force of people from the neighborhood began hosting meetings about the future of the Buchanan Mall. “From elders who remember this place back in the 1940s, to moms and dads and people in my age group, to the youth—we knew it was going to be really important to get people from across generations together at one table,” Mullins says. “It sounds hella cliché, but it takes a village to raise a child. In this case, that child is the Buchanan Mall.” The task force began by welcoming residents of the public housing developments that overlook the park to share their memories of the past—and visions of the future.

That process wasn’t always easy. Mullins says that many of his neighbors in the Fillmore—especially long-term residents who’ve witnessed others try, and fail, to improve the neighborhood’s public spaces—had reason to be skeptical of the mission that the task force set out to achieve. “We did have a lot of difficult conversations, but sometimes you have to go there and have those conversations if you want to make a difference. So we just persisted—we kept coming back together, saying ‘Yes we’ve been through a lot, but this is different. This is coming from us, and this is for the benefit of all of us,’” says Mullins.

“We just asked a few very basic questions at those early meetings,” says Tamara Walker with Citizen Film, a lead project partner that is documenting the work to reinvent the Buchanan Mall. “What do you remember about this space? What does it mean to you? What changes do you want to see? These conversations were an opportunity to reach into the past and allow the joys and the traumas that the community has faced to see the light of day.” 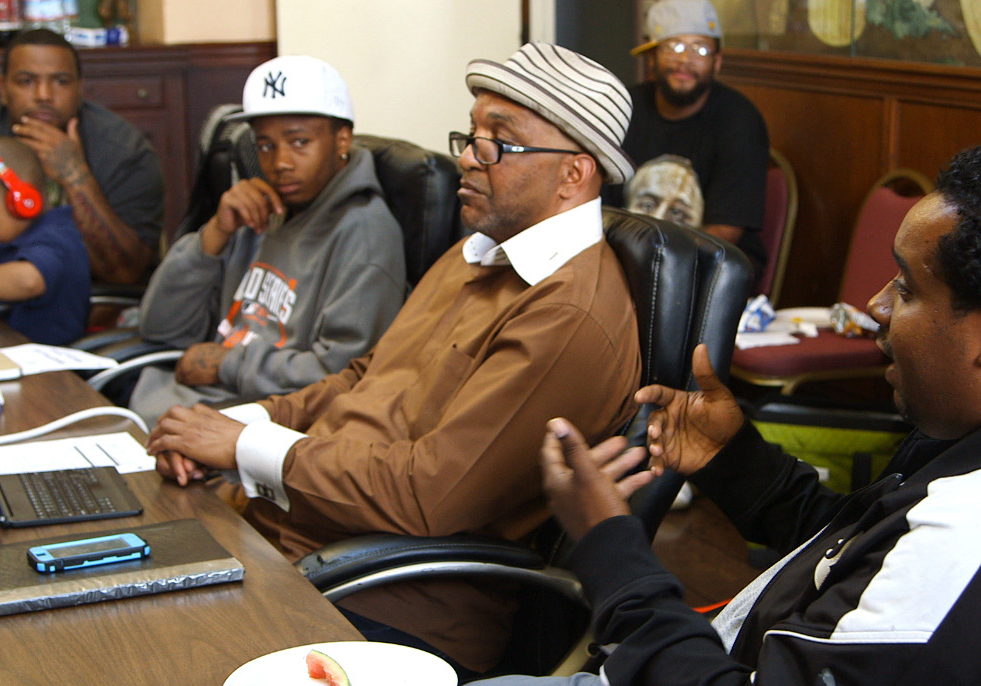 “From elders who remember this place back in the 1940s, to moms and dads and people in my age group, to the youth—we knew it was going to be really important to get people from across generations together at one table,” Mullins says.Photo credit: Citizen Film

Over the next two years, the task force brought together local students, artists, and designers from the San Francisco Exploratorium to bring the neighborhood’s ideas to life. New planter boxes and benches add life and color to stretches of blacktop, and improved lighting makes the mall feel safer at night. Archways at the park’s entrance feature photos of local residents and mark moments and movements in African American history. Passersby can press a button to hear the voices of community elders—recordings gathered by teens on the design task force—as they tell stories from an era when the Fillmore was known as the “Harlem of the West,” an epicenter of black culture and art.

On the Buchanan Mall today, you might find a group of people gardening or having a barbecue, dancing to the oldies or sitting on benches chatting with neighbors. “It’s inspiring,” Mullins says. “It shows we have the power to do something real, and we can mobilize everyone—from the youth through the elders. For people to see us pulling this off, it builds confidence and trust and people will start to think, ‘If I show up, I’m pretty sure I’ll be part of something proactive.’

In this area here we have so many other barriers—employment, housing, health issues, violence. With Buchanan Mall, I feel like we cracked open that door to solving these other problems.” 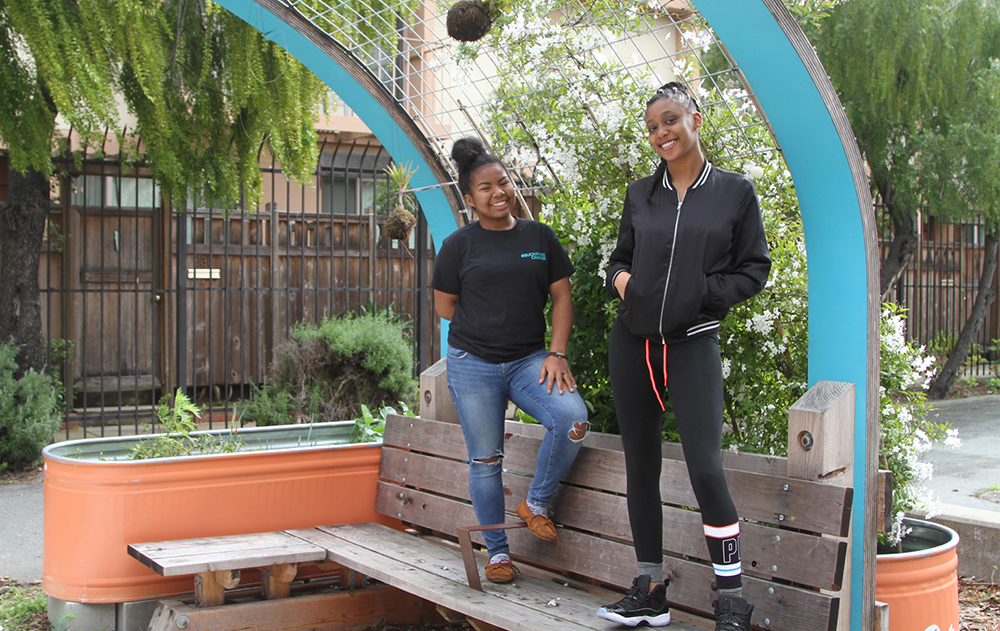 Widya Batin and Jazmine Thomas, two youth members of the design task force, show off one of the new features at the Buchanan Mall.Photo credit: Citizen Film