Care about environmental justice? You should care about the 2020 Census.
By Bill Lee
Published March 31, 2020
Spread the Word

Care about environmental justice? You should care about the 2020 Census.

You might already know that the U.S. Census determines Congressional representation and affects billions of dollars in federal spending. But did you know this once-a-decade count factors into decisions that shape almost every part of our society? Included on that list are a few issues we care a lot about here at The Trust for Public Land, like healthy communities and equal access to the outdoors.

We sat down with Bill Lee, our senior vice president for policy, to talk about how our organization relies on accurate census data to deliver on our commitments to communities, and how the unfolding coronavirus crisis could affect the count.

How does the census shape the electoral map and federal spending?

Knowing how many people live where determines the boundaries of Congressional districts and the number of Electoral College votes each state brings to the presidential elections, so an accurate count is crucial to ensure that our democracy represents our society. The federal government also relies on census data to determine its distribution of roughly $800 billion every year, for everything from Medicaid to student loans to highway construction to parks and the outdoors.

The Trust for Public Land has long helped communities secure public funding for parks, schoolyards, trails, and lands—including from programs that rely on accurate census data to make sure investment is happening where it’s needed most, and to make sure those investments are working as they’re intended.

What’s an example of park funding that relies on census data?

Community Development Block Grants fund projects that shore up public infrastructure, create affordable housing, and fight poverty. The program is a huge engine of federal revenue for cities to invest in low- and middle-income neighborhoods, including for parks: between 2005 and 2013, local governments spent $864 million in Community Development Block Grants on parks and recreation, an average of just over $96 million a year. It’s funded new bike paths in New Orleans, swimming pools in New York City, and the Newark Riverfront Park, a vibrant public realm The Trust for Public Land is helping create along the Passaic River.

How does the Department of Housing and Urban Development know which communities qualify for Community Development Block Grants?

It’s one of the more than 130 programs that use census data to determine public spending. Others, like the Department of the Interior’s State Wildlife Grants, fund land conservation in rural areas, or support habitat restoration and community rebuilding in the wake of natural disasters. Ensuring these funds are distributed fairly, according to where the real need is, depends on a complete and accurate census count. 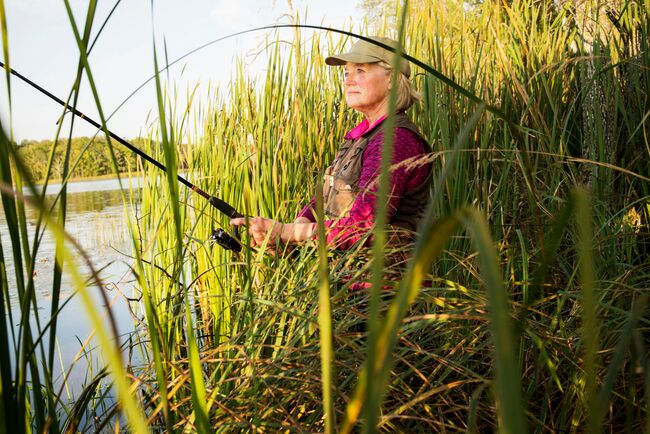 So that’s some information about how the government uses census data … how does The Trust for Public Land rely on the census to achieve our mission?

We’ve built the nation’s most comprehensive database for analyzing park access, funding, quality, and need. We’ve combined census data with data on environmental factors like heat risk, flooding, and air quality; infrastructure conditions from traffic to tree cover; and demographic information like median income and obesity rates. We’re bringing it all together to pinpoint where parks and public lands are needed most—and then prioritizing our work where it will make the biggest difference.

In Dallas, it’s helping us decide which of the city’s public schoolyards need more trees to keep students cooler during recess. In Chattanooga, we’re building new trail connections in densely populated neighborhoods so residents have a safer, healthier way to get to jobs, schools, and stores. In Boston, we used census data to identify the only remaining neighborhood that didn’t have access to a park—and now we’re working with the city to build one.

How is the coronavirus affecting the U.S. Census?

The outbreak has added a layer of complexity to the Census Bureau’s plan to ensure an accurate count. Invitations to complete the survey started arriving in mailboxes just a few weeks ago, and plans called for ramping up field operations like door-to-door follow-ups and community events to share information and encourage participation. But now, the bureau’s door-to-door outreach and community events are postponed until the public health crisis subsides. In light of this unprecedented situation, the bureau is expected to ask Congress for an extension of the date by which they must deliver their data.

Extension or no, this pause in field operations could take an especially serious toll on “hard to count” populations—like low-income communities, people experiencing homelessness, English language learners, recent or undocumented immigrants, and renters. The 2010 census missed more than 1.5 million people after struggling to count black Americans, Hispanics, renters, and young men—and it didn’t have a global pandemic to contend with.

What are the costs of undercounting?

An undercounted community is an underrepresented and underfunded community. And our country’s long and continuing legacy of racist policies and unequal investments mean people of color and low-income communities already lack access to parks and open space, and are disproportionately affected by pollution and climate change. Accurate census data is a critical tool to right these longstanding inequities and build healthy, equitable, resilient neighborhoods for all.