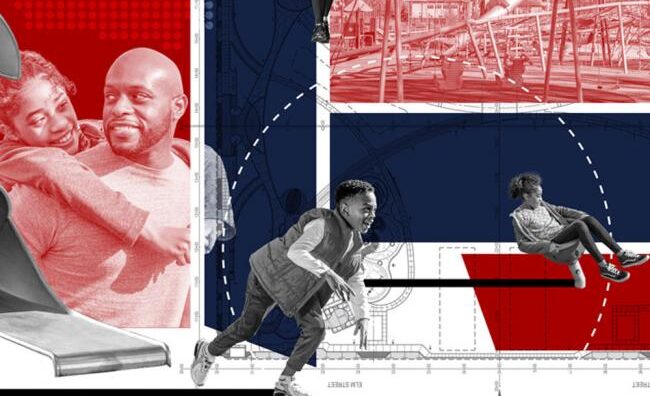 Stories
Before and After: Innovative Design Fights Flooding in Atlanta

In the wake of a neighborhood tragedy, can a new park help a community rebuild?

By Tianna Faulkner | Photos by Alex Jackson
Published May 15, 2021

Cheryl Hood says the day of the flood started out like any other. “It was a Saturday afternoon. I had gone to the grocery store because I was getting ready to cook for Sunday dinner,” she remembers. She was at home on Tyler Street in Atlanta’s Vine City neighborhood, looking after a rambunctious group of eight grandkids, hers and her best friend’s. “It had been raining for about three days at that time, but it was just a regular rain,” she says. 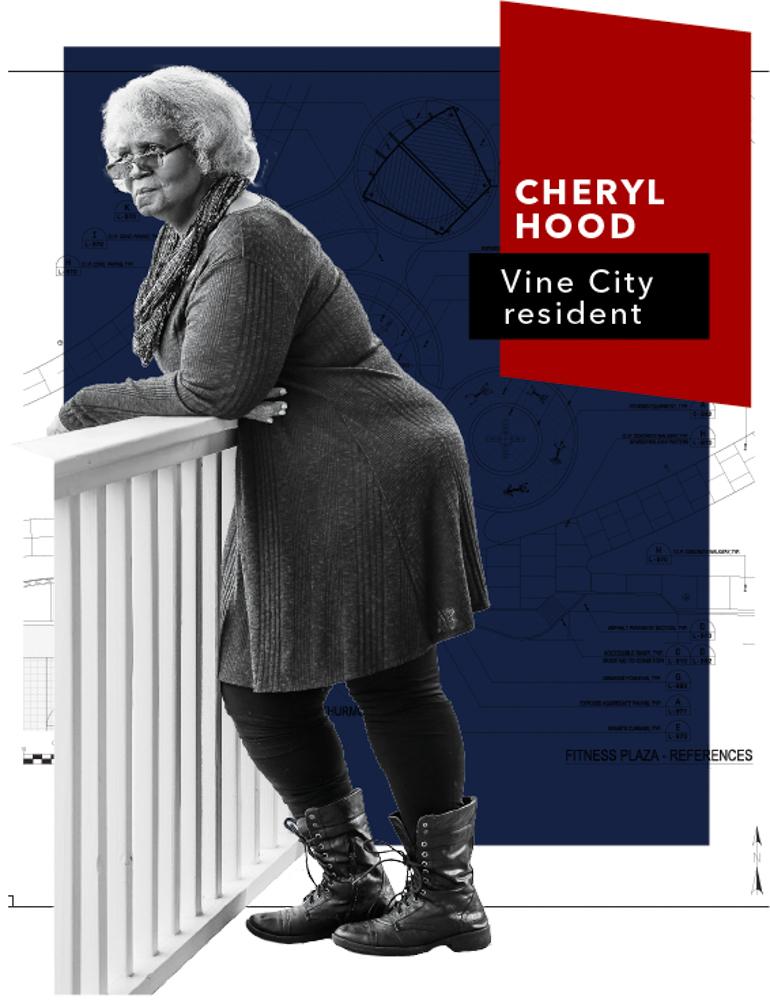 She was getting ready to put the grandkids to bed when the waters started to rise. First she watched out the window while a trash can floated down the street. Then water started to seep into her home through the gap under the front door. “I took a quilt and put it there to draw the water, but by that time water was coming through every drain in the house—the sinks, the bathtubs, the dishwasher, the washing machine—everything,” Ms. Hood remembers.

Before long, her home was surrounded in six feet of rising floodwaters. Two neighbors came by and broke down the door, and Ms. Hood’s two eldest grandkids helped shepherd her and the other children to safety. “One got one arm, and the other got the other arm, and I had two babies on my hips, and they got me out,” she says.

It was September 21, 2002. Tropical Storm Hanna had been lashing the Southeast with heavy rainfall for days, when a sudden cloudburst overwhelmed the sewer system in Vine City, a residential neighborhood just west of downtown Atlanta. Thankfully, no lives were lost, but the flood—a toxic mixture of stormwater and untreated sewage—damaged hundreds of homes, many beyond repair. In the aftermath, city leaders decided the cost of rebuilding the flooded homes was too great—and the likelihood of future flooding was too high. So Ms. Hood’s house was among the 60 properties that the City razed after helping residents relocate. It would be nearly a year until she settled down in a new permanent home—this one a few blocks south of the home she’d owned on Tyler Street.

Today, the 16 acres where Cheryl Hood’s house once stood—where tragedy ruined homes, changing the course of life for dozens of local families—are virtually unrecognizable. This summer, Vine City celebrated the opening of a brand-new park—Cook Park. It’s a gleaming new space of trees sprouting and gardens of native grasses and plants filling in their beds. Walking paths wind past new playground and exercise equipment centering a two-acre pond ringed with wildlife-friendly wetlands. Trust for Public Land led fundraising and community engagement and managed construction over five years to bring the new park to life.

Reverend Leroy Wright is senior pastor of First Thessalonian Missionary Baptist Church, just across the street. Wright says the “beautiful” new park will serve as a “focal point” for investment that residents hope will lead to a thriving future for Vine City. 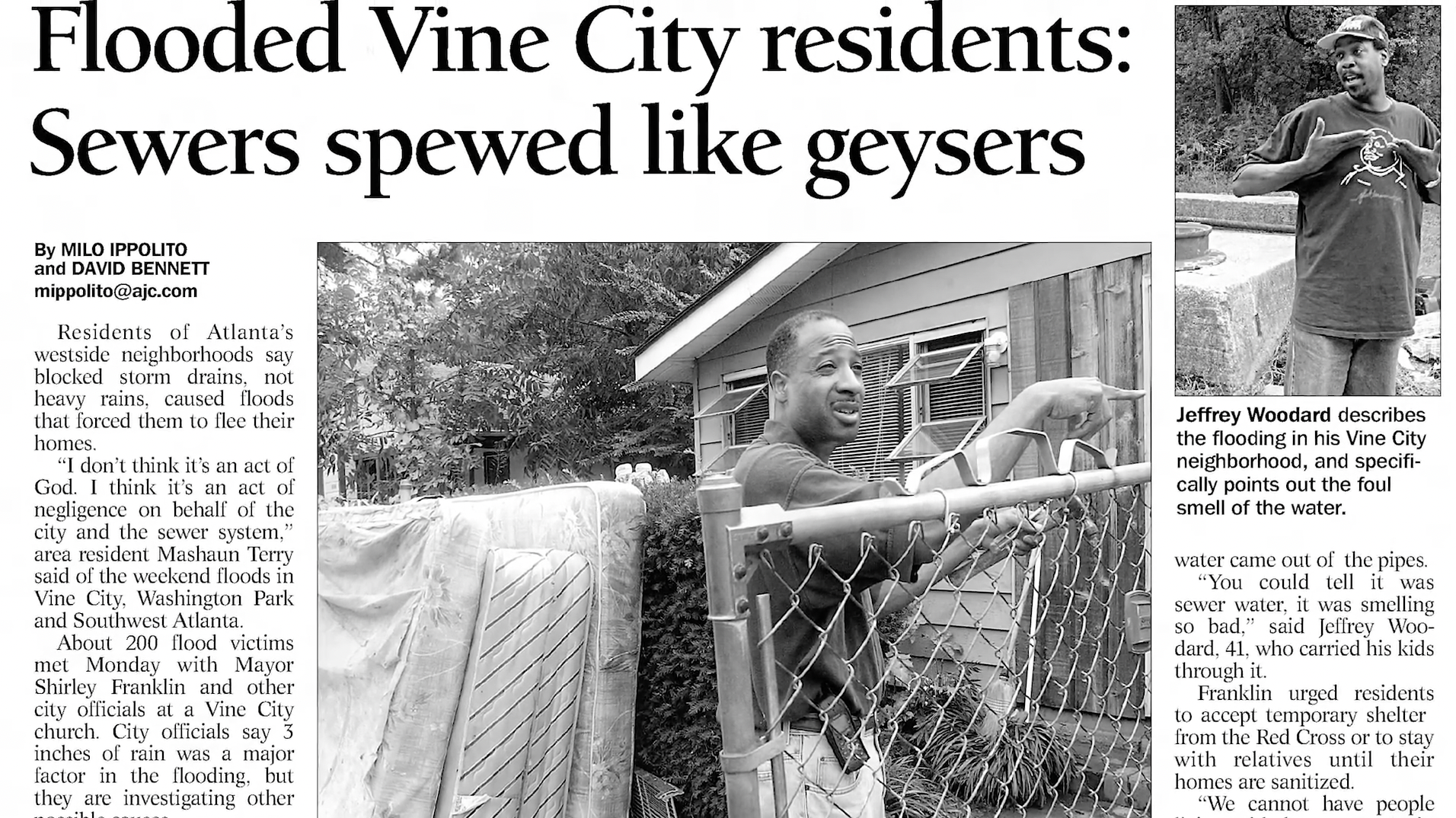 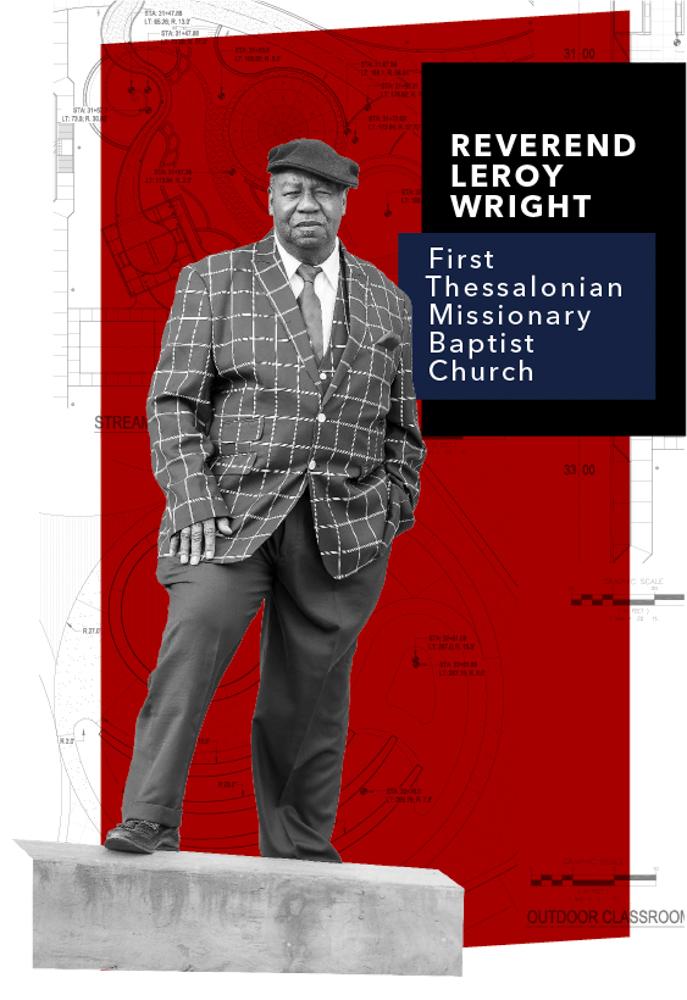 In the late 1860s, on the southern end of Vine City, builders laid the foundations for what would become the nation’s largest and oldest group of historically Black colleges and universities. These institutions—including Clark Atlanta University, Morehouse College, and Spelman College—have helped anchor the area as a home for generations of Black scholars, business owners, and activists.

Atlanta’s west side was likewise a center of gravity for activism and leadership during the civil rights movement of the 1950s and 1960s. Maynard Jackson, who’d become Atlanta’s first Black mayor in 1973, lived a block away from present-day Cook Park as a kid. Dr. Martin Luther King Jr. lived nearby with his family in the 1960s, not far from the family home of Julian Bond, who helped create the Student Nonviolent Coordinating Committee while he was a student at Morehouse in the early 1960s.

But alongside the neighborhood’s proud history, the lives and livelihoods of Vine City residents have been shaped by the same forces of discrimination and disinvestment that people like King fought to overcome. Today, the neighborhood has among the lowest incomes and worst public health outcomes in Atlanta. Abandoned buildings and vacant lots share blocks with occupied homes. Despite its world-changing legacy, more recent memories reflect the outcomes of decades of disinvestment and inequality, residents say.

Through the 1960s, racist housing policies known as “redlining” legally codified housing discrimination. As a result, Black homeowners throughout Atlanta were largely relegated to the lower-lying areas along the creeks, putting them at increased risk during heavy storms.

That’s the case in Vine City, which occupies low ground along Proctor Creek. Surrounded by parking lots and mega-structures, Proctor Creek rises in the heart of downtown Atlanta where the landscape is so heavily paved, it’s almost impossible for the ground to absorb and slow stormwater. During storms, runoff rushes downstream, picking up dirt, oil, and other pollutants. Those floodwaters then rush into streets, yards, and even homes in low-lying areas of Vine City and nearby English Avenue.

In the years after the 2002 tragedy, residents teamed up to ensure the devastation Ms. Hood and her neighbors experienced would never happen again. Through dozens of community events, meetings, and in-depth conversations over 18 months, residents articulated their priorities for future public spending on flood prevention, identifying nine sites throughout the neighborhood that could be transformed into public green space that could double as stormwater management infrastructure. Together, the community identified the land that is now Cook Park as an area of vast potential.

The plan they put forth is another example of west side residents driving the change they know their communities need. “There has been a history of activism around environmental issues in Atlanta, from illegal dumping to water quality,” says Dr. Na’Taki Osborne Jelks. She chairs the West Atlanta Watershed Alliance, a community-based nonprofit that works for environmental justice and stewardship. The organization cut its teeth in the mid-1990s with a campaign to overturn the sort of discriminatory development and wastewater treatment practices that led to the 2002 flood.

Addressing the causes of flooding—like an archaic combined sewer and stormwater system that can’t handle the burdens of a growing population and bigger, more frequent rainstorms associated with climate change—calls for big investments. And Trust for Public Land and the City of Atlanta are working hard to prioritize those investments where they’re needed most. But how, exactly, can new parks help stop the flooding that had so long plagued the neighborhood?

“Instead of only building big vaults and installing pipes and drain inlets, which are expensive and really only serve the aim of flood control, we look for opportunities to use parks and natural systems to manage flooding and improve water quality,” says Jay Wozniak, landscape architect and Georgia director of urban parks at Trust for Public Land. He’s talking about green infrastructure, or stormwater management systems that rely on natural processes to reduce flood risk, while providing all the other benefits of a great city park.

To see the effects of well-designed green infrastructure in Atlanta, all you need to do is look a few miles east. In the 1990s, Atlanta’s Old Fourth Ward, a neighborhood just east of downtown, was struggling with frequent flooding. Engineer and community organizer Bill Eisenhauer saw a win-win solution in vacant land in the floodplain of Clear Creek. He envisioned a system that would channel stormwater into a pond—which would in turn form the centerpiece of a brand-new park, all while bringing beautiful green space to a neighborhood that sorely needed it. Trust for Public Land helped the city buy the property, and by 2010, Historic Fourth Ward Park was managing stormwater—and welcoming neighbors to play—throughout the neighborhood. “Community activism changes public policy,” says Eisenhauer of the years-long campaign to create the park.

“The City of Atlanta is dedicated to managing stormwater, and we’ve invested significantly in green infrastructure to support these goals across the city,” says Todd Hill, a deputy commissioner with the Atlanta Department of Watershed Management. Hill’s department was planning a green infrastructure project to reduce flooding in Vine City, and joined forces with the Department of Parks and Recreation to create a space that would meet the neighborhood’s need for a park, too. Guided by the plan put forward by English Avenue and Vine City residents, in 2015, the parks department approached Trust for Public Land to tap the organization’s proven expertise with community engagement, fundraising, and construction management. 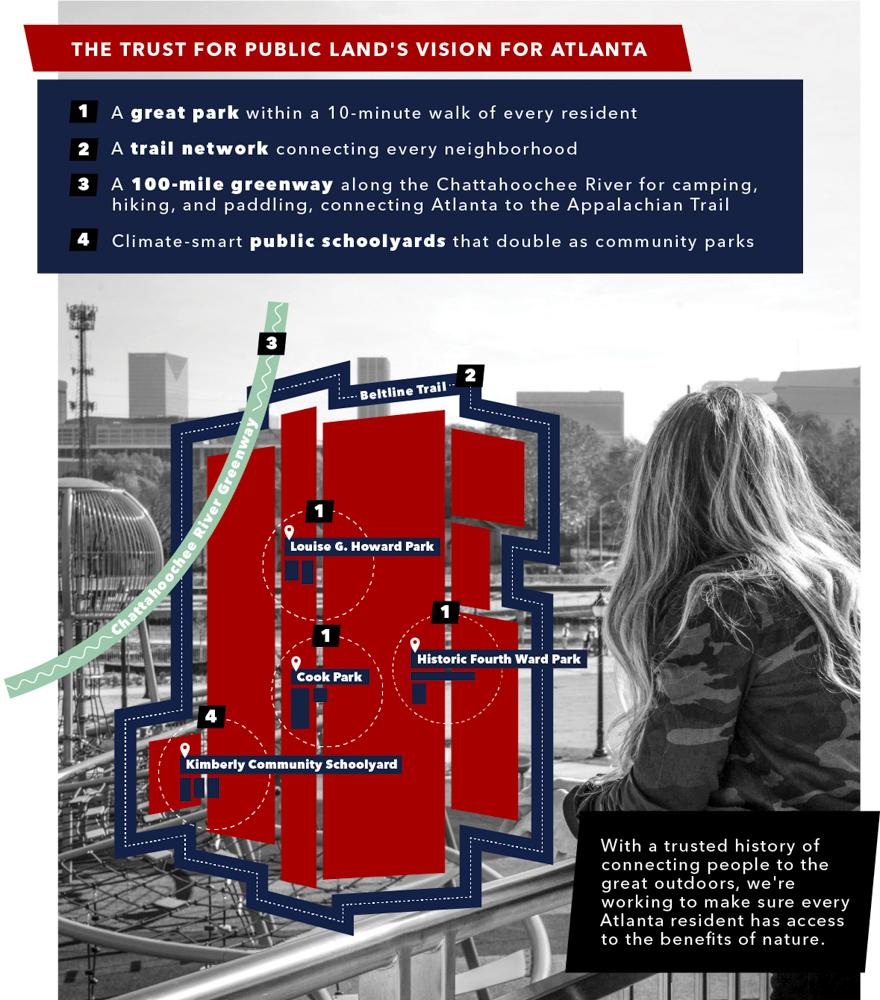 Just like Historic Fourth Ward Park, green infrastructure features are imbued throughout Cook Park’s design. Rain gardens provide natural, porous areas where stormwater can absorb into the soil. Around the boundary, planters capture runoff from the surrounding neighborhood. And the two-acre pond isn’t just a beautiful spot to meet up for a walk with a friend—it’s part of an engineered system that can store up to 10 million gallons of stormwater from 160 surrounding acres that would otherwise flood streets and overflow sewers.

D. Aparicio Thompson works for CHRIS180, a community services organization that works on the west side of Atlanta. He helped make sure neighborhood youth had a say in the park’s creation. In 2018 students in the organization’s after-school program teamed up with professional rock climbers to help design a pair of custom climbing boulders, made possible by a partnership with The North Face. “When they get older, they can always go back to the park and say that they had a part in it and can show what they are a part of and can see what they contributed,” Thompson says.

Reducing flood risk is just one benefit that the new park will offer to Vine City and English Avenue residents. “As a community, we were concerned about what would be in the park,” says Linda Adams, vice chair of the Vine City Civic Association. Adams was among the hundreds of residents who came forward to share their ideas and perspectives about the future park throughout the multiyear planning process. But Trust for Public Land “listened to what the residents would like to see in the park,” she said.

“When you include residents in a meaningful way, it ensures that people won’t get disconnected, [and that the park] will be a benefit to them,” Dr. Osborne Jelks says. “The goal is that it is created for the community, as it draws on their needs and desires by listening and acting on their concerns.”

For her part, Ms. Hood says she’s looking forward to spending a lot of time in the new park. “I have some books I want to set out and read, and communicate with nature,” she says. Still, watching the decades-long transformation of the neighborhood where she spent most of her life in Atlanta has been “bittersweet,” she says. “The bitter is because of the flood. But seeing the wonderful creation that has been made out of our devastation, I am so inspired.” 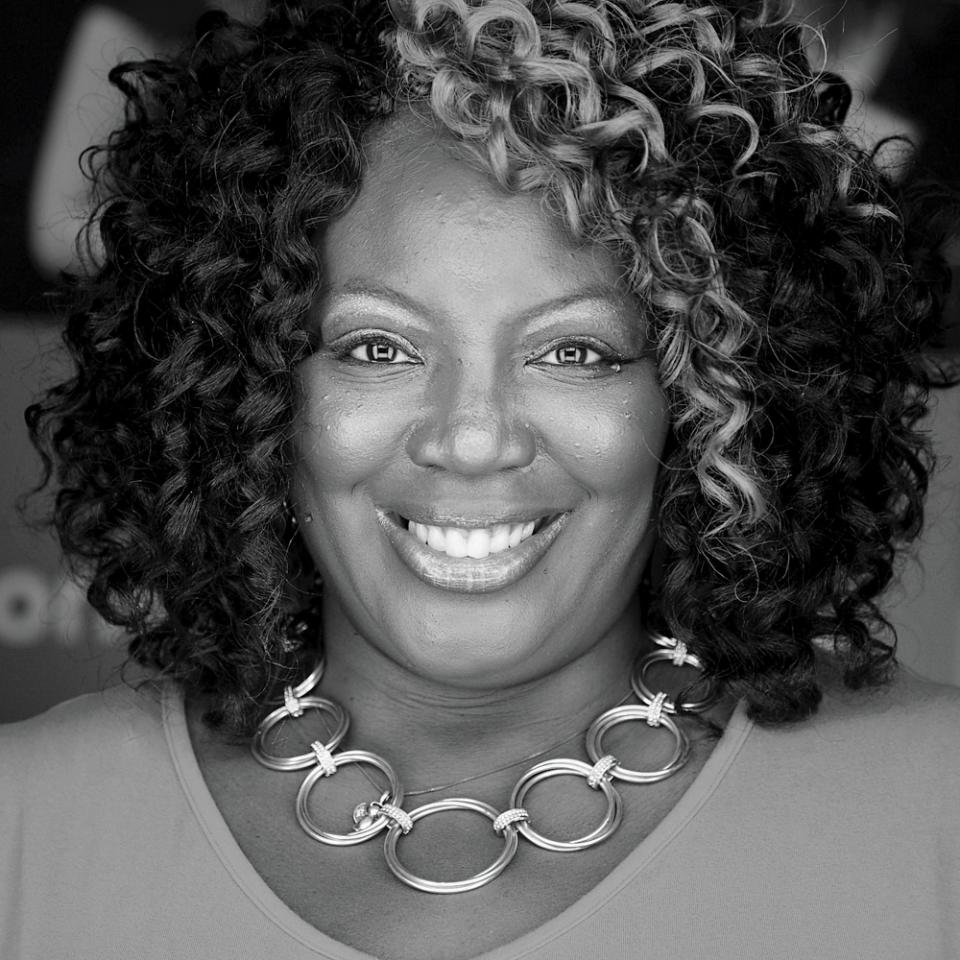 Tianna Faulkner is a freelance journalist in Atlanta, Georgia. She covers arts and entertainment, business, health, and lifestyle features. In her free time, Tianna enjoys reading, writing, traveling, volunteering, cooking, and spending time with her friends and family.