It’s not easy to get into rock climbing. Starting out means building strength, mastering knots and gear, and—for some of us, anyway!—conquering a fear of heights. But for many would-be climbers, the hardest part isn’t technical know-how or tricky moves: it’s just getting to the wall.

Once considered the realm of diehard mountaineers, climbing today is going mainstream: more than six million Americans will try the sport this year. But most outdoor climbing areas lie beyond city limits, and indoor gym fees put the sport—and the benefits of improved strength, balance, and flexibility—out of reach for many who’d like to try it. 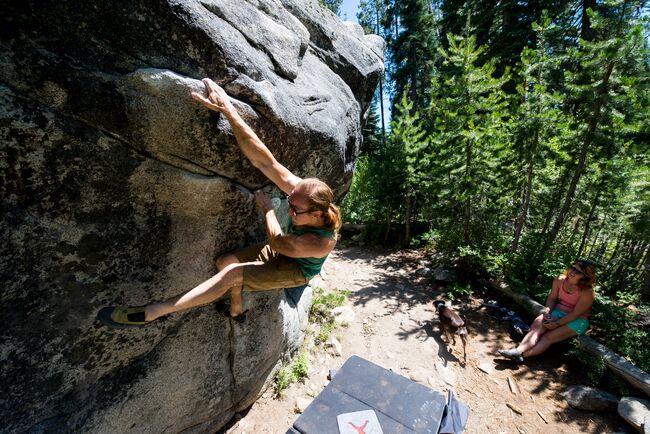 Once a fringe activity, the sport’s popularity is, well, climbing. It’s even in the lineup for the 2020 Olympics in Tokyo.Photo credit: Rachid Dahnoun

That’s why park districts across the country are working to bring public climbing facilities to city parks and recreation centers. Bozeman, Montana, boasts five free climbing walls—and The Trust for Public Land plans to add one more at Story Mill Community Park. The Portland, Oregon, parks department owns a climbing wall on wheels that makes appearance at parks and special events around the city. And the interest in free climbing walls isn’t limited to mountain towns with outdoorsy reputations: the biggest public climbing wall in the country stands in Scioto Audubon Park in Westerville, Ohio.

Thanks to a partnership with The North Face as part of the company’s “Walls Are Meant For Climbing” campaign, The Trust for Public Land is working to create more free climbing walls in city parks around the country—starting in neighborhoods where kids face the highest barriers to exploring the outdoors. Our first climbing wall completed in partnership with The North Face opens this week in Denver’s Montbello Open Space Park. The 11-foot-tall boulder offers a way to climb without having to find a ride to the mountains or shell out for specialized gear or a gym pass.

The new climbing wall is just one reason we’re excited about the new Montbello Open Space Park. Located in a dense, diverse Denver neighborhood where a quarter of residents live below the poverty line, it’s a once-vacant lot being restored to native prairie with trails, artwork, and interpretive displays. The park will also be the new headquarters of a local outdoor education center, Environmental Learning for Kids—whose students helped design the park themselves. 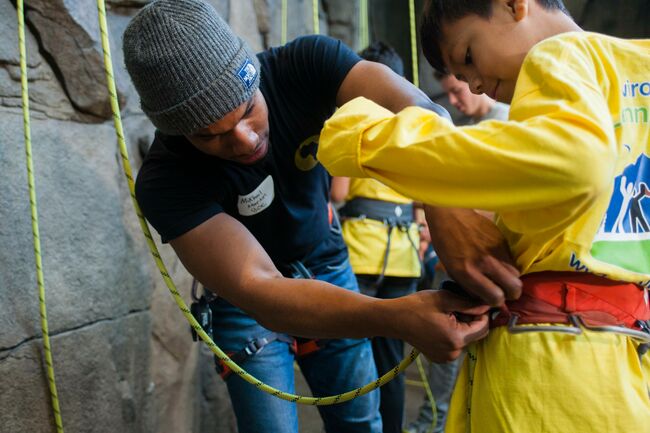 In January, we teamed up with The North Face, Brown Girls Who Climb, and Brothers of Climbing to host a design workshop and climbing session with E.L.K. students at a nearby gym.Photo credit: Lorenzo Dawkins

“It’s really important to have something like this in your backyard, something close to home,” says E.L.K. director Loretta Pineda. From inside Montbello Open Space Park, she can look to the Front Range of the Rocky Mountains on the horizon. “But don’t want to forget what’s out there, either. We want to make sure our students are able to experience that as well.”