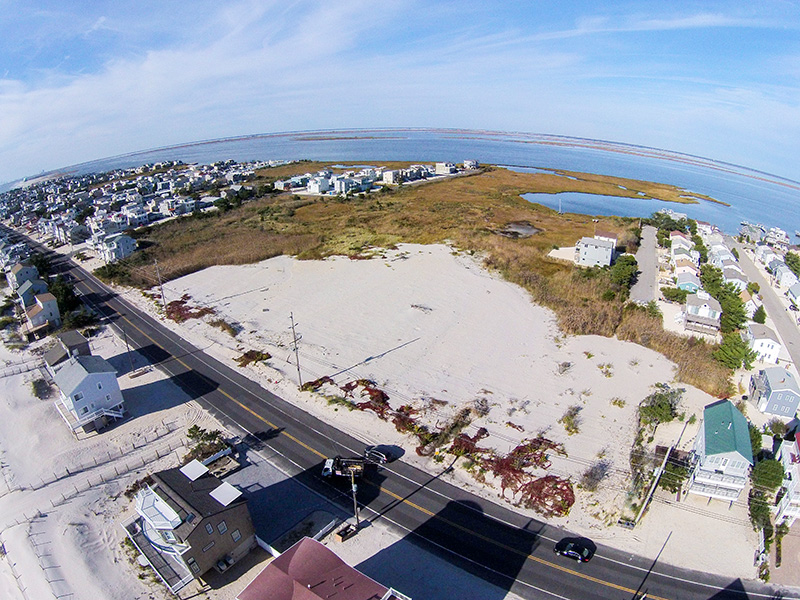 When Superstorm Sandy hit in 2012, the Rosemma Wetlands in New Jersey’s Long Beach Township helped buffer nearby homes from flooding. The tidal marshes and coastal grasslands deflected powerful storm-surges and absorbed the relentless high tides. The area’s tranquil beauty was also an important place of respite after the storm. As one Holgate resident, Doug Shearer, told WNYC news, “Whenever we thought we had it bad, we would just come out here and take a walk a mile either way and see the devastation that took place for the folks who didn’t live by the wetlands. It was absolutely a lifesaver!”

The storm also displaced several feet of sand from the ocean side dunes, filling in a portion of the wetlands to ground level. There are now preliminary approvals to subdivide the property into 12 residential lots, but many people are concerned the development will further degrade the area’s climate resilient qualities and be more vulnerable to storms and flooding.

Since 1985, we’ve helped safeguard land, water, wildlife, in the Barnegat Bay and we’re now working with the community to protect the Rosemma Wetlands. In addition to its critical role as a storm buffer, the scenic seascape is home to many species, some which are threatened or endangered in New Jersey.