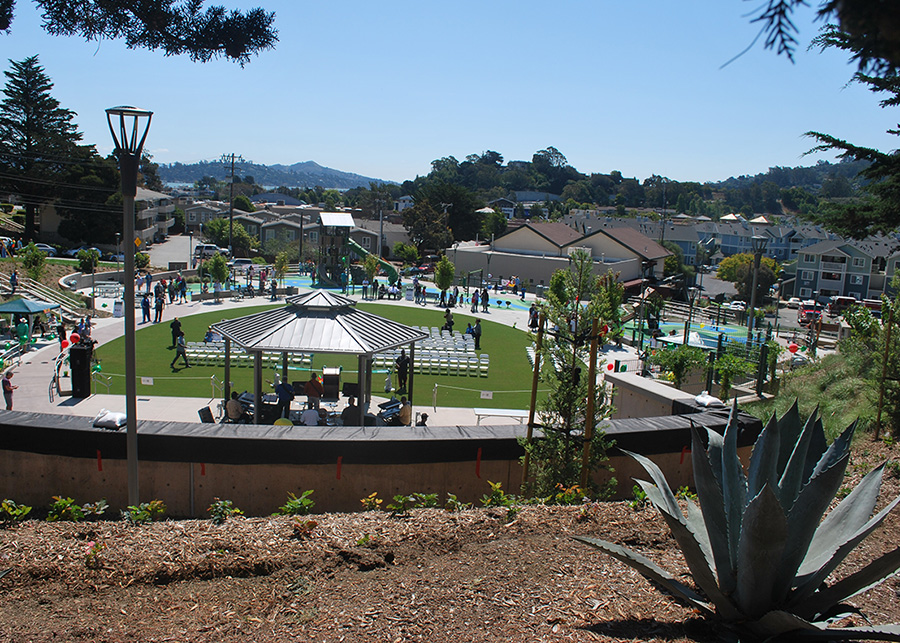 Rocky Graham Park is the only outdoor recreational space in Marin City, the most diverse city in the county. Originally built in the 1940s, the park served the families of African American laborers who moved to the region to build Liberty ships on the Sausalito waterfront during World War II. In the 1970s it was renamed for George "Rocky" Graham, a 28-year-old Marin City official who was shot and killed during a dispute. After falling into disrepair in the ensuing years, the park was dismantled in the 1990s. It remained unused, an eyesore, for more than 20 years-until residents rallied with a petition to revive it.

The Trust for Public Land worked with the community to re-design the park, which re-opened in July 2015 with modern amenities like a tree-house-themed play structure, drought-resistant turf lawn, adult fitness areas, and a mural showcasing scenes from Marin City's history.