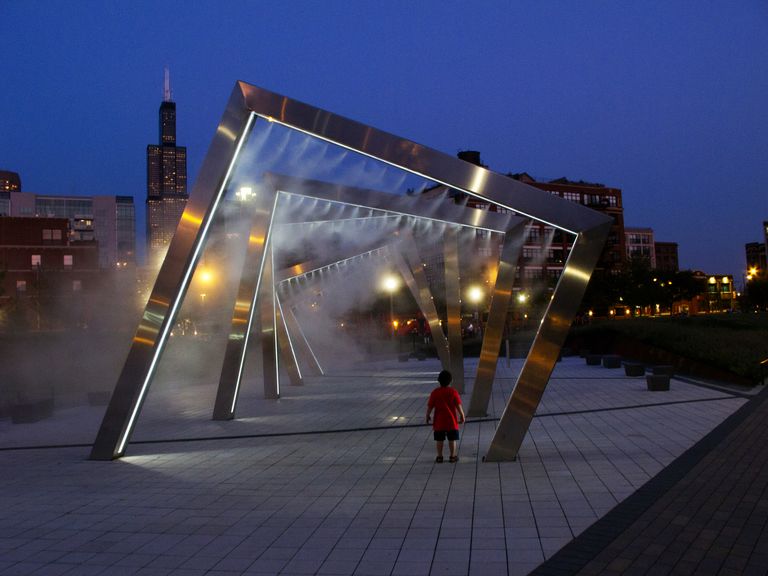 In the early 2000s, the West Loop neighborhood of Chicago transformed from mostly light industrial uses into a dynamic residential destination characterized by commercial activity and a vibrant dining scene. The neighborhood lacked parks and open space to meet the needs of new and existing residents and families, so in 2007 The Trust for Public Land acquired a property at the intersection of Adams and Sangamon, and we protected this site from development until it could become part of a new 2.3-acre neighborhood park.

Formerly the site of an old infirmary, Mary Bartelme Park is now the center of the surrounding community. The park features elements combining a sense of history with modern, innovative design. Three strong, diagonal paths intersect in this one-block park to create distinct, programmed zones. These zones include a fountain plaza, a children’s play area, a sunken dog park, an open lawn area, a viewing hill and enclosed seating area.

The Chicago Park District officially named this new park in honor of Mary Bartelme (1866 – 1954), the first woman judge in Illinois, who devoted her life to reforming the treatment of children and women in the court system.