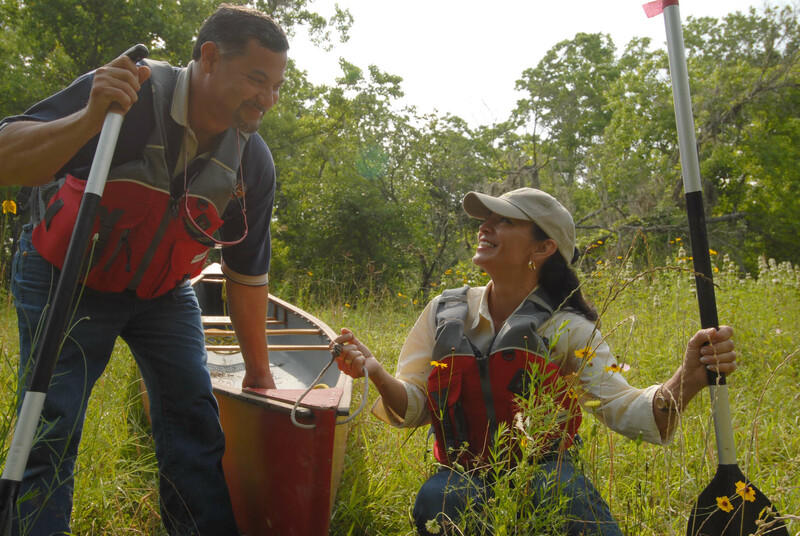 Bayou Teche, in south-central Louisiana, lies at the southernmost end of the Atchafalaya River Basin, one of the most productive wildlife areas in North America and the nation’s largest undisturbed expanse of wetlands. The Bayou is home to the threatened native black bear and boasts the greatest number of bald eagle sightings in the state. We’ve worked with locals and public agencies for over two decades to protect this area from development, beginning in 2001, when we helped create the Bayou Teche National Wildlife Refuge by acquiring 9,000 acres for the U.S. Fish and Wildlife Service.

Amid the vast wetlands of southern Louisiana, public waterways are many. But for people who don’t have boats, access to public lands on solid ground is scarce throughout this region. So today we’re working to expand the refuge and improve public access. A new parking lot and boat launch were recently opened on lands we added to the refuge. We’re also focused on restoring native forest to sequester carbon and improve climate resilience. In the next five years, we’ll partner with local schools and a nearby university to plant over 660,000 trees as part of a major reforestation effort.