From one generation to the next, the Sive and Paxton families are supporting critical goals through planned gifts—both now and into the future.

Helen Paxton, a lifelong nature lover from Montclair, New Jersey, always considered herself a “pretty wimpy hiker,” at least compared to her more adventurous siblings and cousins. Still, she and her husband, Art Paxton, venture into the outdoors as much as possible.

This past summer, the couple traveled to Maine to visit Acadia National Park, where they took a number of hikes, including up Bernard Mountain. In September, they joined a Trust for Public Land kayaking tour in Barnegat Bay off Island Beach State Park in southern New Jersey. And fair weather often finds them in Brookdale Park, a 121-acre county green space right in Montclair.

“The whole notion of public access to land—city parks, county parks, national parks, and everything in between—is such a huge concern of mine,” says Helen over the phone. “I honestly can’t imagine how people can live without access to nature.” 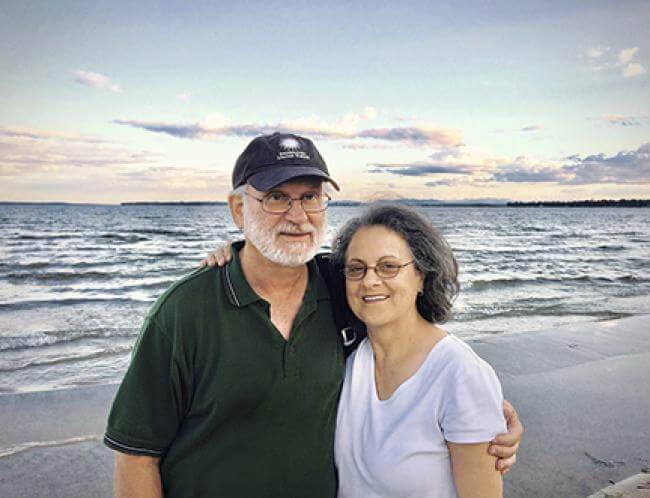 Her interests dovetail with our mission, which has built parks and transformed asphalt schoolyards in places like Newark and Camden while protecting dozens of wildlands in New Jersey, from the Pine Barrens to the Delaware River watershed. For the past decade, the Paxtons have channeled their appreciation of the outdoors into support for our work. In addition to making monthly contributions, they have recently established a deferred charitable gift annuity, earmarked for the state’s parks.

You might say that supporting greenspaces is in their DNA. Helen’s father, David Sive, was a renowned environmental lawyer who argued some of the most important land-protection and conservation cases of the past 50 years. Her mother, Mary, who now lives in Seattle, was an avid hiker in the Catskills for many years, where the family still owns a weekend house on 160 acres.

The couple had generously supported us since the 1980s when David, who died in 2014, was an active member of our New York advisory council. He also shared his wise counsel on various projects with our leadership, and his law firm performed pro bono work on behalf of the organization. Mary now continues the tradition of philanthropic support.

“My mom and dad had a different outlook, but they had a similar devotion to environmentalism and conservation,” noted Helen, who is now 70. It was actually Mary who, having a charitable gift annuity of her own, suggested to her daughter that she might explore this vehicle, which provides income now and will support our mission far into the future. 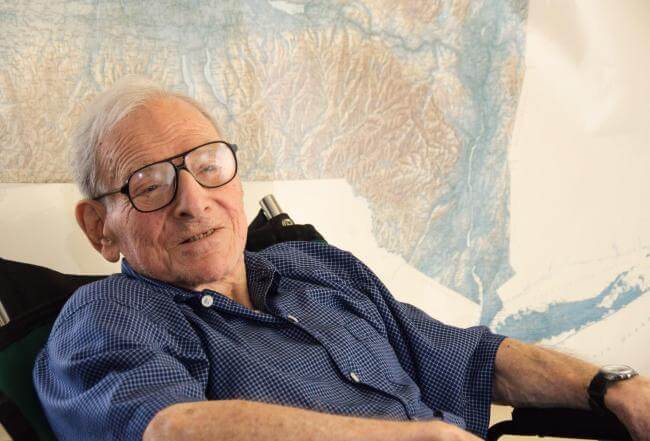 David and Mary met in the 1940s when they were both taking the same graduate course at Columbia University. Mary had emigrated from Austria with her parents and later graduated from Connecticut College, while David was a New York City native who had gone to Brooklyn College. He then enlisted in the army during World War II, fighting in the Battle of the Bulge. Despite being severely wounded, he was struck by the landscape’s beauty; he reminisced years later about the slopes and trees where the battle raged.

Growing up, Helen remembers visiting numerous national parks with her parents and four siblings, including Mesa Verde in Colorado, Bryce Canyon in Utah, and, of course, the Grand Canyon in Arizona. Closer to home, her parents appreciated the rugged Catskill Mountains in the Hudson Valley in their own way: “My dad would just wander off and commune with nature,” she recalled. “He would go to his favorite places and read Thoreau. Really, nature was his religion. My mom, on the other hand, was much more organized.”

Indeed, Mary Sive belonged to a hiking group and climbed the thirty-five Catskill peaks over 3,500 feet in her 50s and 60s, earning membership in the Catskill 3500 Club. She also worked hard at maintaining local hiking trails. “She was definitely the practical one in that marriage; he was off trying to save the world,” Helen says of her parents.

Art’s parents, Norman Paxton and Dorothy Kenniston, also enjoyed the outdoors. His father, an amateur geologist who grew up in California, had an impressive rock collection, and Art remembers family camping trips during his childhood. At 75, Art, a photographer, jokes that he is partial to hikes that are “messed up by having to hit a golf ball.”

Helen and Art have, in turn, passed their passion for nature on to their three children. Their son and his wife, for example, are determined to visit every national park in the United States—”there were some pretty obscure ones,” Art allows—and they’ve made good progress. 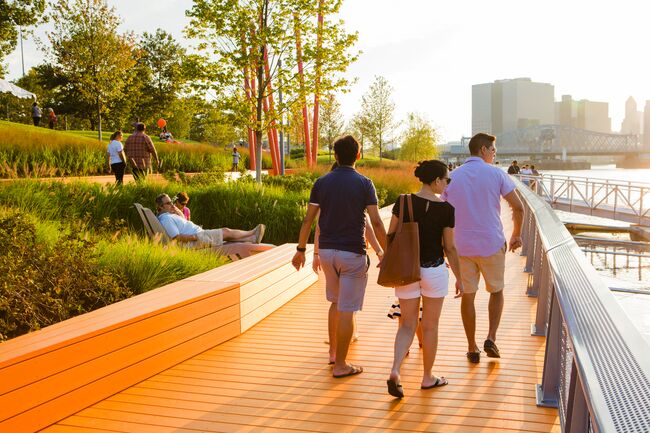 Helen became familiar with our commitment to parks in low-income neighborhoods when she worked as director of communications for Rutgers University in Newark. In 2013, we helped create Newark Riverfront Park, connecting the Ironbound and downtown districts to the Passaic River for the first time.

“I was very aware of what the Trust for Public Land was doing in the city,” she says. Referring to U.S. Senator Cory Booker, who got his start at city hall in Newark, she added: “Mayor Booker put such an emphasis on access to parks. Providing that access for city kids is critical. So is preserving beautiful lands in New Jersey and around the country.” From one generation to the next, the Sives and the Paxtons are supporting those critical goals through their planned gifts—both now and into the future.