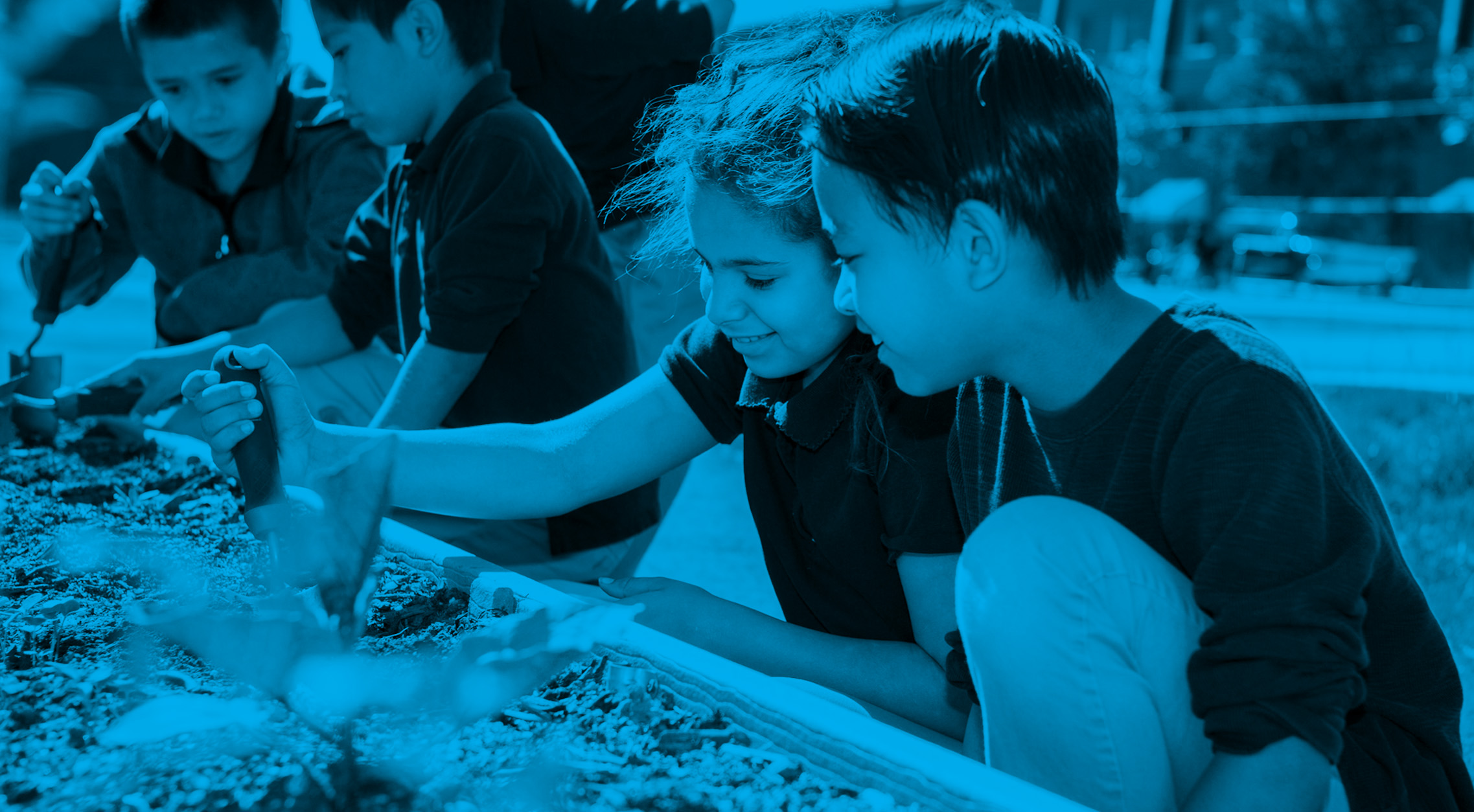 In Los Angeles, more than 1.5 million people—including over a third of the city’s children, people of color, and residents of low-income households—live outside of a 10-minute walk of a quality park. When there is green space nearby, it often falls short of meeting a community’s needs.

Space itself is at a premium in a city like Los Angeles, which makes it difficult to create new and expand existing parks. However, there’s a powerful solution to providing some green and natural space for communities that have none by utilizing public space that already exists—schoolyards. The Los Angeles Unified School District, the second-largest school district in the country, alone has over 1,000 campuses.

As part of our Community Schoolyards™ initiative, The Trust for Public Land has transformed nearly 300 schoolyards around the country. These parklike spaces, which are filled with natural features like native plants and gardens, are open to the public outside of school hours through joint-use agreements between school districts and the city. They are designed in collaboration with local school districts, educators, parents, children, and community members to ensure that their needs are centered. The result isn’t just a nice place for children to play during recess; these schoolyard transformations also take a systems-based approach to mitigating the effects of pollution and climate change, boosting mental and physical health, improving children’s educational outcomes, creating opportunities for social and emotional development, and strengthening local communities.

To bring Community Schoolyards projects to Los Angeles, The Trust for Public Land has set a goal of greening twenty-eight Los Angeles Unified School District sites by 2028, an initiative referred to as “28×28.”

To learn about how we are working with a coalition of partners in Los Angeles, download “Greener Schoolyards for Los Angeles,” a special report from The Trust for Public Land.

For more information about The Trust for Public Land’s work in California, click here.