From honor roll to on-a-roll, recent grads put in the miles for public lands
By Trust for Public Land
Published September 22, 2017
Spread the Word

From honor roll to on-a-roll, recent grads put in the miles for public lands

From wrangling student loans to finding a new place to live, plenty of recent graduates feel like their first months out of school are an uphill climb. But for four Minnesota women riding their bikes to public lands across the country, the uphill climb is the whole point.

Katie Ledermann, Hannah Field, Alex Benjamin, and Ariana Amini are lifelong Minnesotans and outdoorswomen. They’re friends from summer camp and their high school ski team, and though they’re young—all under 23 years old—they’ve collectively spent hundreds of days in the wilderness: paddling across lakes in the Boundary Waters, guiding rafting trips, and backpacking the Rocky Mountains. With extracurriculars like these, it’s no surprise they wanted a post-graduation trip on the wild side.

“We had all thought about riding our bikes across the country, before any obligations set in,” says Field. She biked from Seattle to Minnesota last summer and couldn’t wait to get back on the road after she graduated. “Once we decided to ride together, we knew we also wanted to do some good and get something useful out of it.” 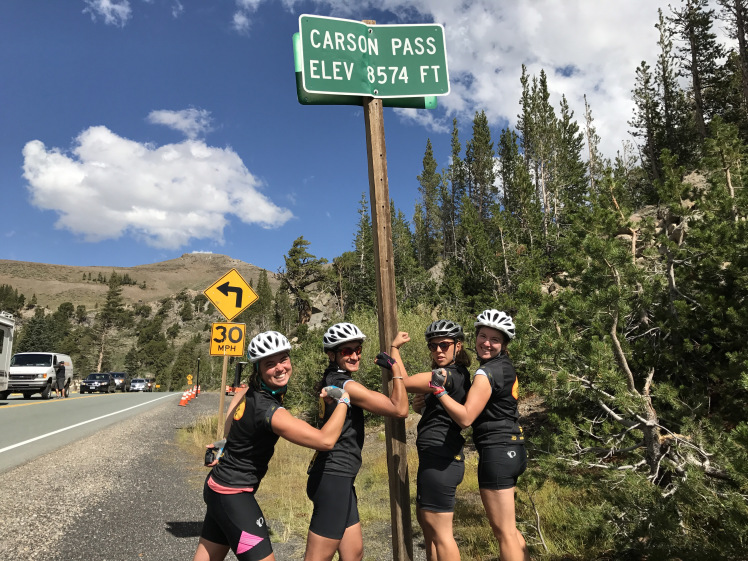 “A few of us cried tears of joy, knowing that climbing our first mountain in the Sierra was the hardest part of our trip and that we could do anything after this,” wrote Amini. All told, the team expects to climb 167,000 feet as they cross the continent.Photo credit: Women on Wheels for Wildlands

As the four women contemplated life after college, they realized they were heading out into a world where the public lands they love are at risk—more than ever before in their lifetimes.

“Protected wildlands have been a really important part of all of our lives. With budget cuts threatened by the new administration in Washington, the review of national monuments, and the movement to transfer federal lands to state control, there are plenty of issue we can engage with,” says Field. “So we decided to make public lands the focus of our trip.”

They’re calling themselves Women on Wheels for Wild Lands, and by the time they reach the Atlantic Ocean at Columbia, South Carolina, sometime this December, they’ll have ridden their bikes—each loaded with as much as 60 pounds of gear and food—5,340 miles through 12 states. They’ve chosen an ambitious, mountainous route designed to take them to and through as much public land as possible. Along the way, they’ll meet with local conservationists, land managers, biologists, ranchers, outfitters, and elected officials—not to mention hikers, anglers, hunters, and fellow cyclists.

“We’ll interview as many people as possible who have something to say about public land, wherever we are,” says Field. The women plan to film and write about the parks they visit—and share what they learn about the state of public lands in each place on their blog. 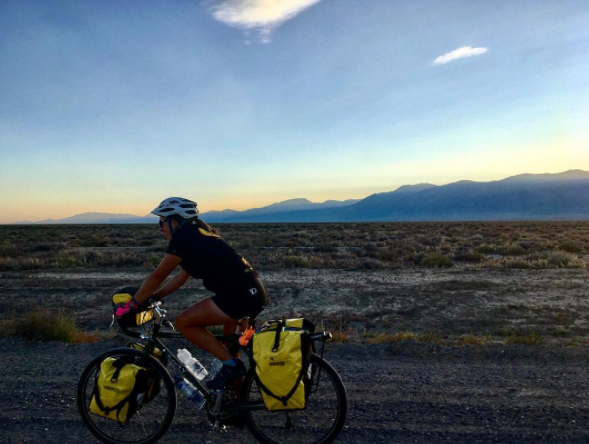 The promise of public hot springs spurred an off-road evening detour as the team wound their way through Nevada.Photo credit: Women on Wheels for Wildlands

After conquering the mountains of Nevada last week, the team crossed into the mesas and canyons of southern Utah. There, they plan to visit jewels of the national park system like Zion and Canyonlands, as well as newer national monuments like Grand Staircase-Escalante and Bears Ears—the focus of the recent review of sites protected under the Antiquities Act. “Utah will be interesting. In the debate over public land, it seems like the biggest battleground in the country,” says Field. She and her friends hope to get to the heart of the action, looking to meet environmentalists, ranchers, and energy developers. “We’re coming from a place of wanting to defend wildlands, but we want to understand a range of perspectives,” she says.

Field admits that balancing the physical and logistical hurdles of a self-supported cross-country bike trip with a mission to learn and educate others about public lands is a challenge. “But it’ll also give us lots of opportunities to problem-solve, which is something I’m most excited for,” she says. “We’re fixing our own bikes, setting our own meetings, keeping our own schedules, dealing with issues as they come up. It’s a good thing my teammates are all such strong, capable, competent people.”