This artist is taking a creative approach to resolving climate injustice
By Trust for Public Land
Published May 4, 2020
Spread the Word

This artist is taking a creative approach to resolving climate injustice

Eve Mosher had been following the news, studying the science, and burrowing into the reports: The planet was warming, and the seas that surrounded her New York City home would rise. Areas of the city that had been known to flood once in a century—areas now ten feet above sea level—could start to expect inundation every four years. Mosher had a successful career as a studio artist. But the more she learned about climate change, the more she worried about how her city would suffer.

In 2007, she drew a chalk line 70 miles through Brooklyn and Manhattan, following a map marking ten feet above sea level. The project—which she titled “HighWaterLine”—was a vivid, approachable depiction of New York’s future on a warmer planet, a line of demarcation showing the parts of the city predicted to be under water. She’s since grappled with the climate crisis through participatory art, partnering with scientists, storytellers, and communities from Miami to Honolulu to Bristol, U.K. Closer to home, her ten-year-old son is following in her footsteps, becoming a climate striker in his own right. 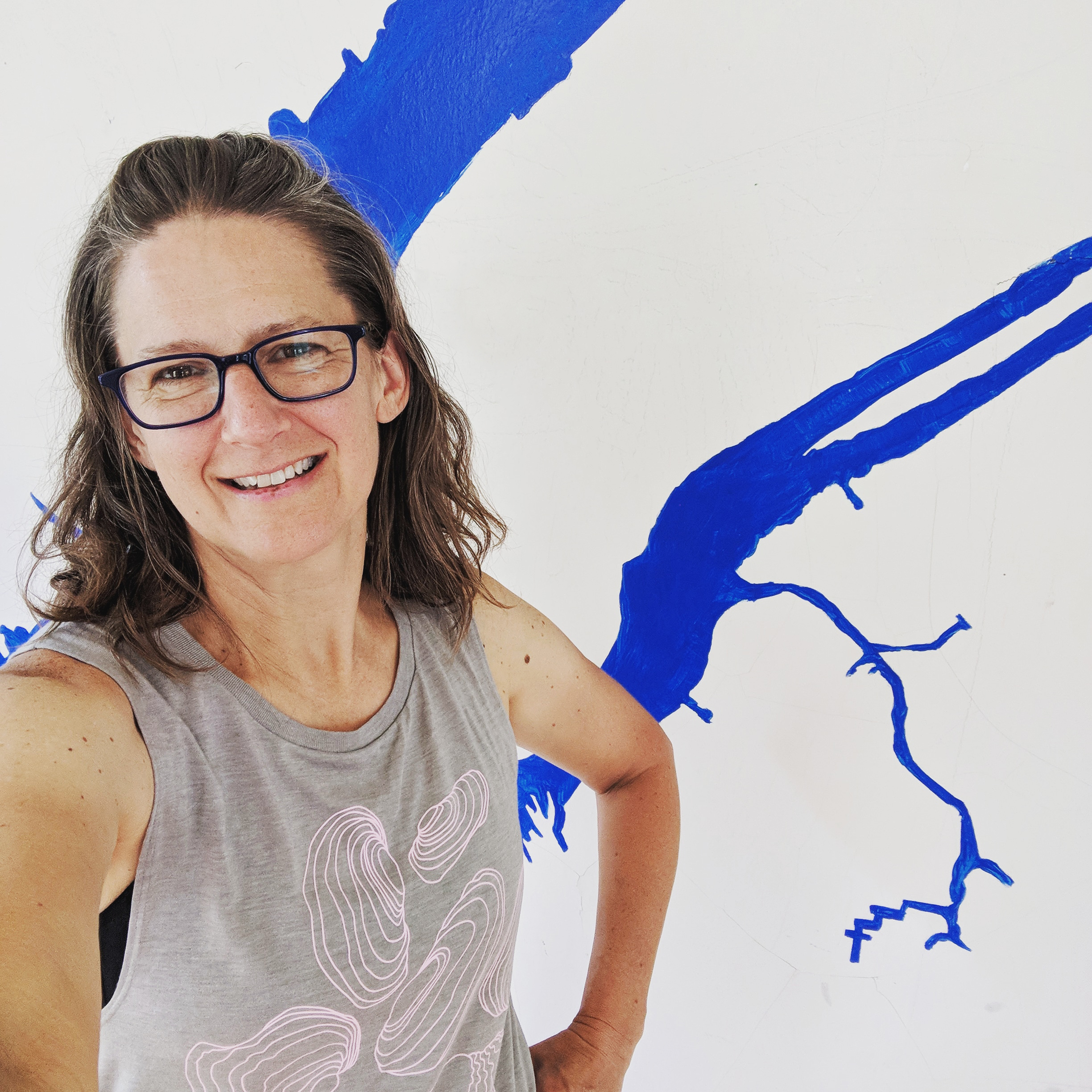 Now, Mosher is collaborating with The Trust for Public Land on a new public art project called “Heat Capture,” to call attention to rising temperatures in three Philadelphia neighborhoods. We caught up with her to talk about creative approaches to the climate crisis.

Why did you create HighWaterLine?

Government and media portray climate change as if it’s both huge and distant: polar ice caps, atmospheric carbon, future projections. But we know it’s affecting people already, right where they live. New York City is a coastal community, and I wanted to use art to show how sea level rise will affect New Yorkers in the future.

That future ended up being nearer than you’d imagined.

When Superstorm Sandy hit in 2012, the neighborhoods I’d drawn this line through flooded, as the reports predicted they would. Even back in 2007, when I was walking through Brooklyn, I talked to people who already knew about the risk because their flood insurance had been revoked the year before.

Why do you think HighWaterLine made such an impression?

In part because it was so approachable, and it sparked curiosity. At first some people who encountered me were sort of antagonistic, like, “What are you doing? Are you with the city or something?” But many people were just genuinely curious. And we could connect because I’m the same way: I’m not a scientist. I just want to find out: what do you know? And how can I use what I’ve learned, and the resources I can bring, to help you? 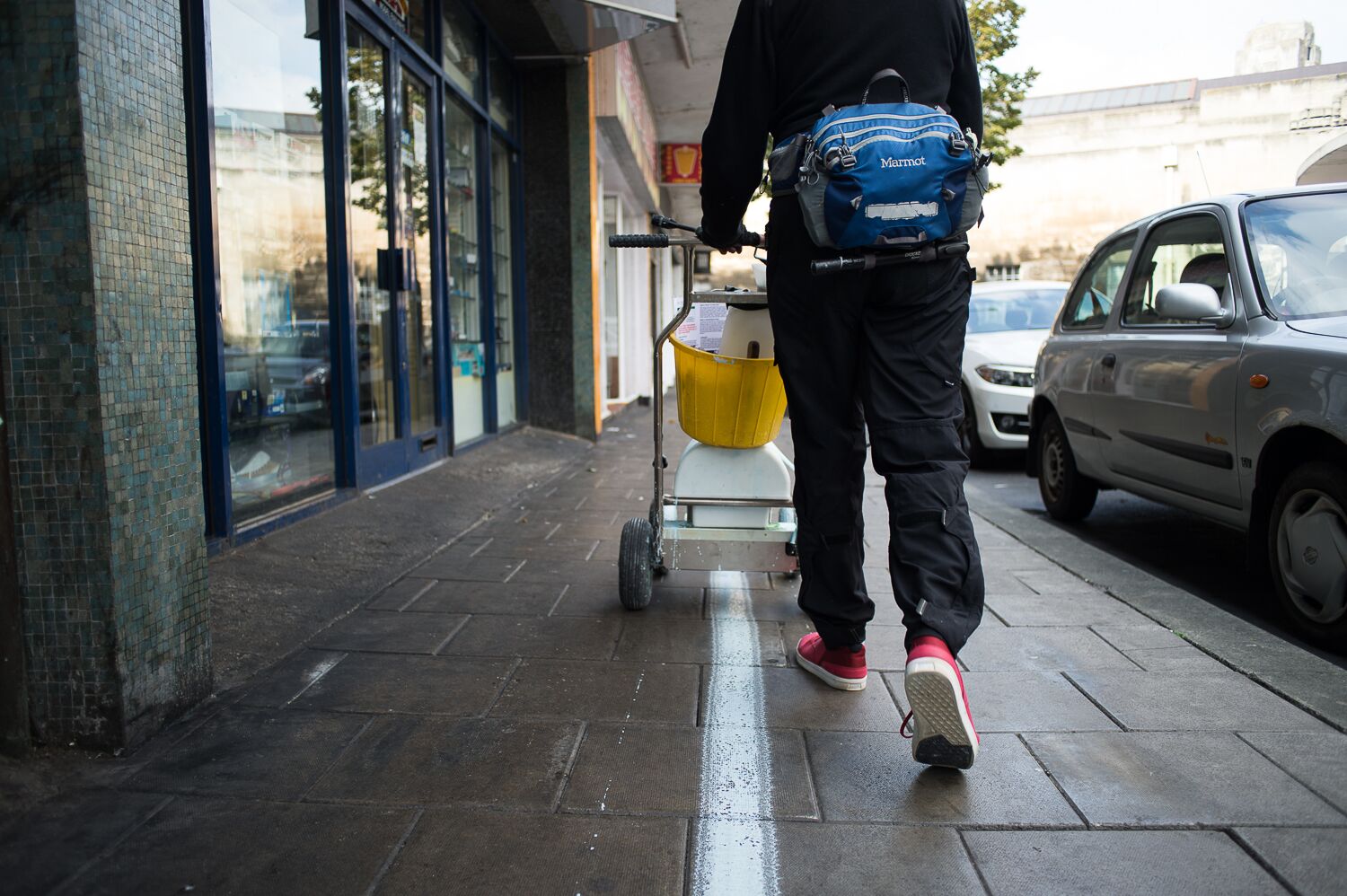 There is a deep knowledge that exists in communities about the effects of climate change. Decision-makers need this information, as do other impacted communities and activists who can use these stories and knowledge as a tool to advocate for policy improvements. Art is one more way we can share the community’s hard-earned knowledge and perspective more widely.

What do you have planned for your next project in Philadelphia?

In Philadelphia, climate change is an environmental challenge stacked on top of a history of pollution, disinvestment, and discrimination. And people there are already suffering its effects.

The Trust for Public Land has mapped how heat and flooding affect the city. Through data and the relationships the organization has developed in its years of working in public space, we know that not all Philadelphia neighborhoods experience heat equally. We’re in three neighborhoods where The Trust for Public Land has built parks: Gray’s Ferry, South Philadelphia, and Fairhill. These three neighborhoods have less shade and more concrete than the city average, or happen to be in low spots that trap heat.

We’re starting with a hypothesis that public space is a resource that can be used to build social resilience. We’re not going into this project with a predefined outcome in mind —so we’re not really sure how the work is going to turn out yet. It really is about the community and strengthening their ability to advocate for themselves. I can’t wait to see what direction this work takes.

Why approach climate threats with art, instead of science or policy?

What does social resilience have to do with weathering climate change?

When you’re in times of stress, that’s when you need stronger relationships most. I get a little woo-woo about some of this stuff, but I really believe that whatever happens in the future, it won’t be scientific breakthroughs or government policy that will make the most difference for people—though those are critically important. It’ll be our relationships. Our relationships will see us through. 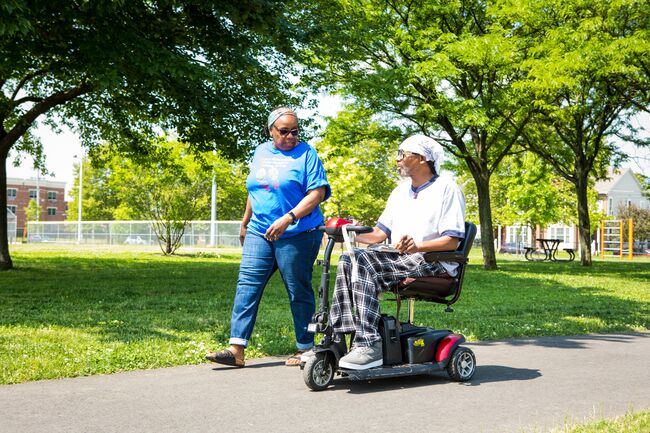 Take Occupy Sandy: these were people who’d gotten to know each other through the Occupy Wall Street protests the year before and established a way of working together and communicating. Because of that they were able to mobilize so efficiently. After Hurricane Sandy, they got out to the Rockaways on cargo bikes loaded with food and water and were able to respond faster than the government. Then there are the studies that show neighborhoods with higher measures of social resilience have fared better during heat waves—in part because if you know your neighbors, you’re likelier to go knock on the door and see if everything is okay.

It seems like you’ve had an impression on your son.

Zayne has been hanging around me his whole life so he’s picked up some awareness, but he’s also been learning about climate change in school and through podcasts—he’s ten—and it all added up to some anxiety for him. At the same time, he was undergoing diagnosis for autism and had recently been diagnosed with ADHD. So he’s been asking, “Does this person have autism? Does this person?” Kind of looking for other people like him.

In 2018, I read him a news story about this Swedish girl named Greta Thunberg, who’d been striking for climate action in front of the Parliament House in Stockholm. The article talked about how Greta’s Asperger syndrome informed her view of the world and contributed to her decision to strike. My son immediately said, “I want to do that.”

So since December 2018, Zayne has been striking every single Friday, holding a sign in front of City Hall. He was one of the first activists in the United States for what’s become the global Fridays for Future climate protests.

How does that make you feel as a parent?

I’m so incredibly proud of him. But it’s also heartbreaking. Because it really shouldn’t be up to the kids. But there’s precedent for this: think about the Birmingham Children’s Crusade during the civil rights movement, when the bravery and activism of incredibly young kids shocked Americans out of their entrenched beliefs. 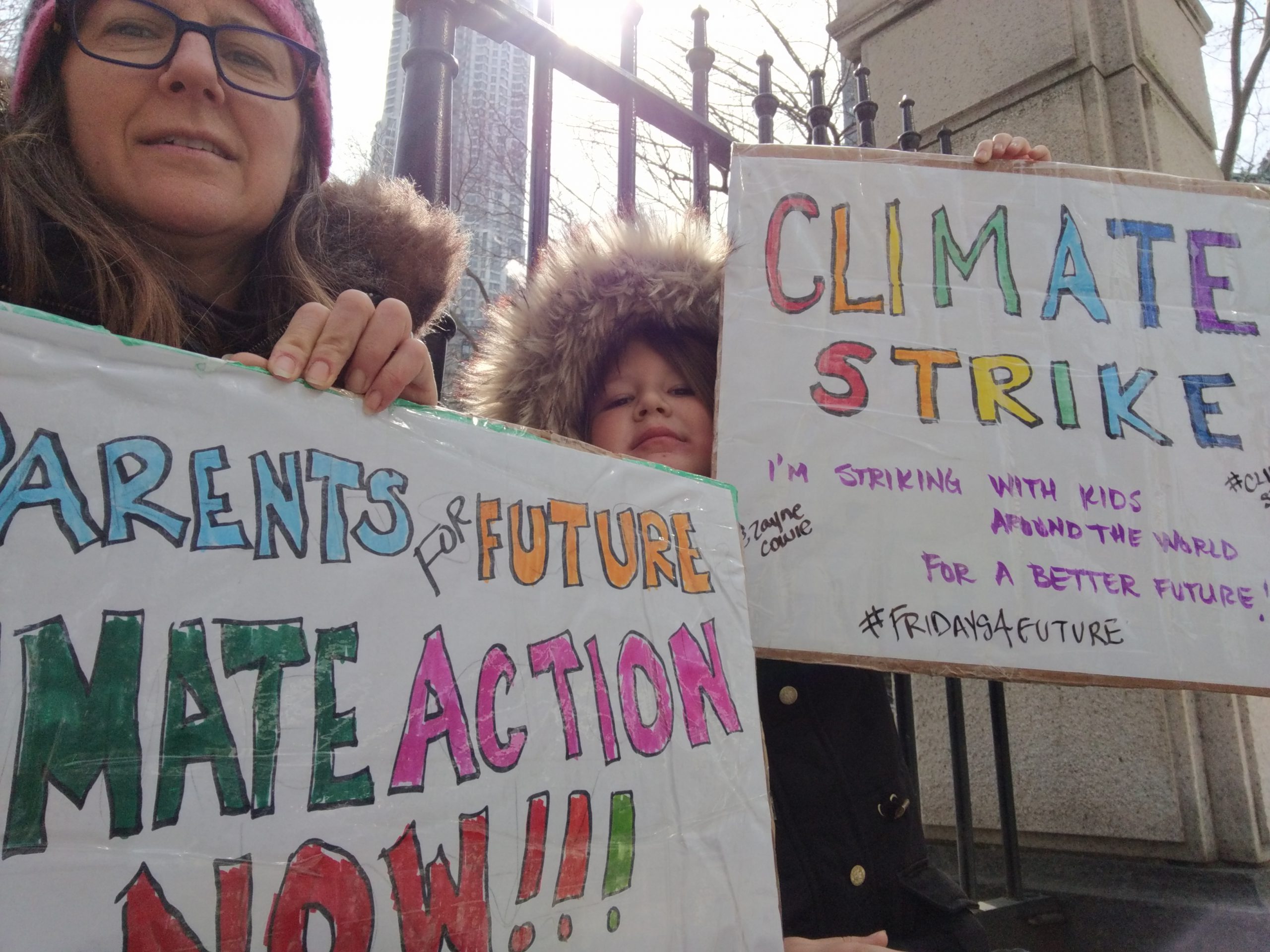 What do you think the world will be like when he’s your age?

We’re at the point where so much change has been locked in already. Regardless of whether we stop emitting carbon tomorrow, sea levels and temperatures will rise. That’s a lot to grapple with! You can’t find all the answers for this in science or in the media. Art can create space to express this radical grief. That isn’t necessarily just sadness, though it’s important to be sad, or mad even. Radical grief means recognizing that the future we might have expected for ourselves when we were growing up may no longer exist. We have to let go of it.

And then let’s start thinking really differently. Sometimes the way to get generative is to walk in your neighborhood with someone else, learn from each other, and start brainstorming ideas. Art can be an integral part of our society’s response to climate change. Art can show inspiration for what’s possible, given what’s really true.