We’re using data to prioritize park investments in the areas that need them most—and transforming schoolyards to achieve goals for communities in Atlanta and beyond.

Atlanta’s Kimberly Elementary is a school on the move. Back in 2017, the school found itself on the state “turnaround list” of schools with the lowest average test scores, says Principal Joseph Salley. But not for long.

“It’s been a long journey, a lot of hard work from our kids, our families, and our staff to get moving in the right direction—but last year we got taken off the turnaround list,” Salley says. “We still have a lot of work to do, but we’re not at the bottom anywhere, and that’s great for us.”

The school community has pulled together to help students hit their academic goals, but they know there’s more to school than grades and test scores. 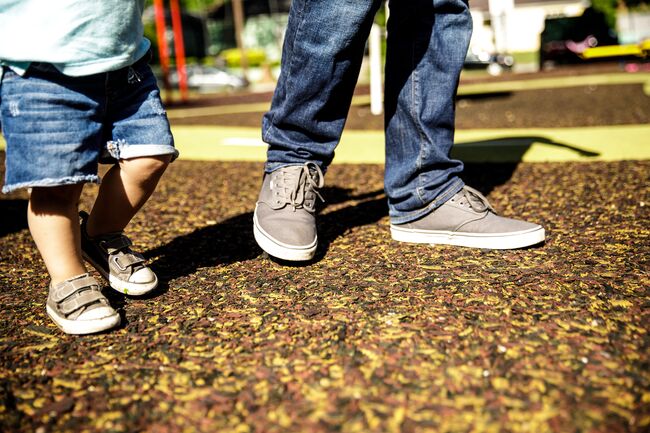 The school community at Kimberly Elementary has been taking big steps toward their ambitious academic goals. Now, we’re working with students, teachers and parents to design a playground that reflects the love and pride they bring to school. Photo: Christopher T. Martin

“Our students already feel safe coming to school—we just want them to be able to make the most of every part of it, from the classrooms to the playground,” says Salley. But today, the yard at Kimberly is mostly empty space, with just a small play set off to one side.

“I think about our kids,” says Salley. “I know they don’t have a park nearby they can walk to. They’re sometimes outside at their apartment complexes, but most of their complexes don’t have a playground, so the kids are always looking for something to do. I just feel like our students and their families are missing out on something so important.”

So when he heard about the opportunity to work with Trust for Public Land to make big changes to the schoolyard at Kimberly, he jumped at the chance. Kimberly and Dobbs Elementary Schools are the first two sites in our Atlanta Community Schoolyards program, a partnership with Atlanta Public Schools, Urban Land Institute Atlanta, and Park Pride to improve schoolyards and open them as public parks outside of school hours. The school community  has contributed their time, energy, and ideas to designing a beautiful new playground, which will open this fall.

With insights from our powerful geospatial database quantifying park access in almost every community in the country, we know that nearly one in three Atlanta residents don’t have a park within a 10-minute walk of home.  But our recent analysis of schoolyards and park access shows that if every public schoolyard in the city of Atlanta were open to the community outside of school hours, the portion of the city’s population without access to public open space would drop to 1 in 5.

We’re also using data to prioritize park investments in the areas that need them most. So we invited schools in neighborhoods without parks to join our Atlanta Community Schoolyards program.  In the next three years, we’ll work together to transform ten schoolyards into green community parks.

But the need for transformation doesn’t end at the school gates. “Creating healthy places for kids and families to spend time outside is incredibly important,” says Sarah Kirsch with Urban Land Institute Atlanta. “But if the infrastructure in the surrounding neighborhood makes it almost impossible for people to walk or bike safely to where they need to be, then these schoolyard improvements won’t be achieving their maximum benefit.”

Urban Land Institute Atlanta brings together real estate and land use experts to ex­change best practices and serve community needs. “One of our key priorities is advancing inclusive, walkable communities,” says Kirsch. So last summer ULI members set out on foot to assess the walkability of the entire neighborhood within a 10-minute walk of our Atlanta Community Schoolyards. 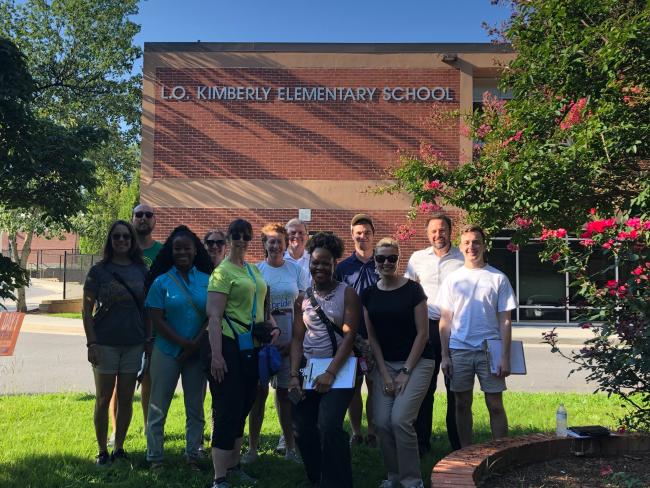 “We were looking to see: are there sidewalks? Are they ADA accessible? Are there roots or cracks or poles obstructing the path? Even if you have sidewalks, are they right up against a road with 50 mile per hour traffic?” Kirsch says.

The organization recently published detailed assessments of walkability around Kimberly Elementary and Dobbs Elementary, the other pilot project. Their report included a prioritized list of infrastructure upgrades for each site. The most critical needs surrounding Kimberly are the addition of sidewalks along two busy, narrow streets where pedestrians have nowhere to walk but on the shoulder, just inches from traffic.

“We’re glad to be working with our partners to be making important connections between walkability, mobility, and green space,” says Kirsch.

If every public schoolyard in Atlanta were open to the neighborhood after hours, tens of thousands more people would have a safe space to play outside within a 10-minute walk of home. Photo: Christopher T. Martin

As for Principal Salley and the community at Kimberly Elementary, they’re happy to see changes coming that reinforce and reflect all the hard work they’ve put into their school for the past few years. As for the students? “I would say they’re just extremely excited,” says Salley. “I told the kids that this new playground was coming their way because of all of the growth they’ve made—now people are starting to pay attention to this school.”