We’re permanently protecting 401 acres of land between Newport Beach and Costa Mesa, transforming this space into a public park while honoring the Indigenous Tongva and Acjachemen peoples.

As Highway 1 crosses the Santa Ana River into the city of Newport Beach, California, it passes an unexpected open space. Buildings and roads briefly give way to a stretch of scrubby dunes lined with a chain-link fence. Beyond, sandstone outcroppings are studded with massive prickly pear cacti, and leafy trees sprout in shady arroyos. Here and there, rusty oil derricks dot the horizon.

This is Banning Ranch, and it’s the biggest private open space on the whole coast of Southern California. And today, we’re thrilled to share some big news: thanks to an extraordinary $50 million gift from philanthropists Frank and Joann Randall, we are under contract to purchase the land and transform it into California’s newest oceanfront park—an outdoor wonderland within an hour’s drive of 8.4 million people, half of whom live in low-income communities where parks are too few and far between.

It’s an important moment in the decades-long, community-driven fight to close the park equity gap in Southern California and open Banning Ranch to all, and the latest chapter in an extensive and fascinating history of people on this land.

The History of a Special Place

Indigenous Tongva and Acjachemen people who live in the region today know Banning Ranch as the site of a village called Genga. Archaeologists have documented cultural sites here dating back at least 3,000 years, including three that the California State Native American Heritage Commission have listed as sacred. 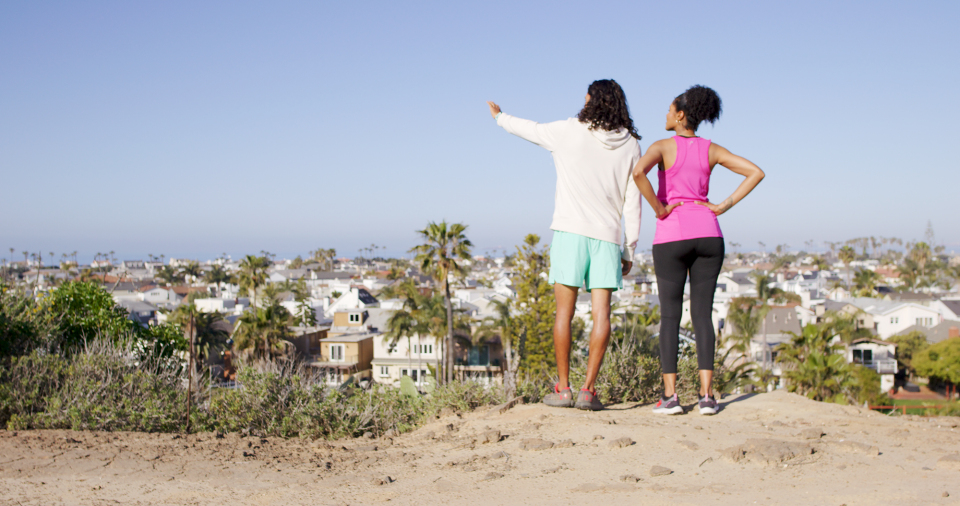 Residents have long seen this massive open space as a world of possibility to connect people with the outdoors, preserve habitat for endangered plants and wildlife, and improve climate resilience. Photo: Reuben Herzl/Groundmaking

Throughout the 19th and early 20th centuries, Spanish colonizers and Americans ranched and farmed along the Santa Ana River, until oil was discovered here in the 1920s. Mineral companies dug the first oil well on Banning Ranch in the early 1940s, and in the coming decades over 450 wells sprang up the property. Meanwhile, the surrounding communities of Newport Beach, Costa Mesa, and Huntington Beach grew from sandy coastal outposts to busy, vibrant cities—a building boom that stops short at the edge of Banning Ranch. By the late 1990s, as the oil field’s output slowed, the first proposals emerged to develop the land with houses and businesses.

But the community had other ideas. Residents have long seen this massive open space as a world of possibility to connect people with the outdoors, preserve habitat for endangered plants and wildlife, and improve climate resilience. In the late 1990s, residents and environmental groups stepped up to fight a series of proposals to develop Banning Ranch and push for the creation of a public park—a movement that eventually organized into the nonprofit Banning Ranch Conservancy. Finally, in 2017, the California Supreme Court ruled against the latest development proposal, clearing a path for conservationists to purchase the land, restore its ecosystems, and work alongside community members to transform this place into a welcoming park for all. 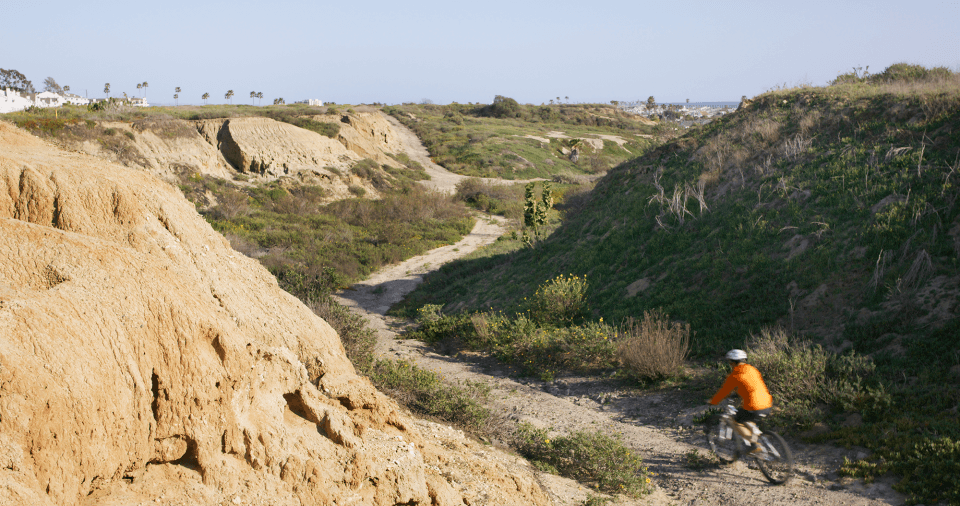 Banning Ranch is the biggest private open space on the coast of Southern California. We are leading a campaign to transform this longtime oil field into an extraordinary public space. Photo: Reuben Herzl/Groundmaking

Still, a big hurdle remained: Banning Ranch is valued at $97 million. “When we first started this project, we sat back and asked ourselves: how in the heck are we going to raise this money?” says Trust for Public Land California State Director Guillermo Rodriguez. With the organization’s long history of leading complex, high-profile conservation and park projects throughout Southern California and across the country, there’s no better team to take on this challenge. But until recently, the funding picture was a lot less clear. “Then Frank and Joann Randall showed up with a $50 million gift,” Rodriguez says.

In 2019, the Randalls—Newport Beach locals who’ve long supported conservation throughout California—announced they would donate $50 million toward the purchase price of Banning Ranch. It’s by far the largest donation we’ve ever received, and it sparked crucial momentum behind this long-sought goal. “The Randall’s generosity has opened so many more doors,” Rodriguez says. “It has gotten our local agencies excited, has gotten other donors excited. It’s not just a dream anymore, thanks to Frank and Joann Randall.” 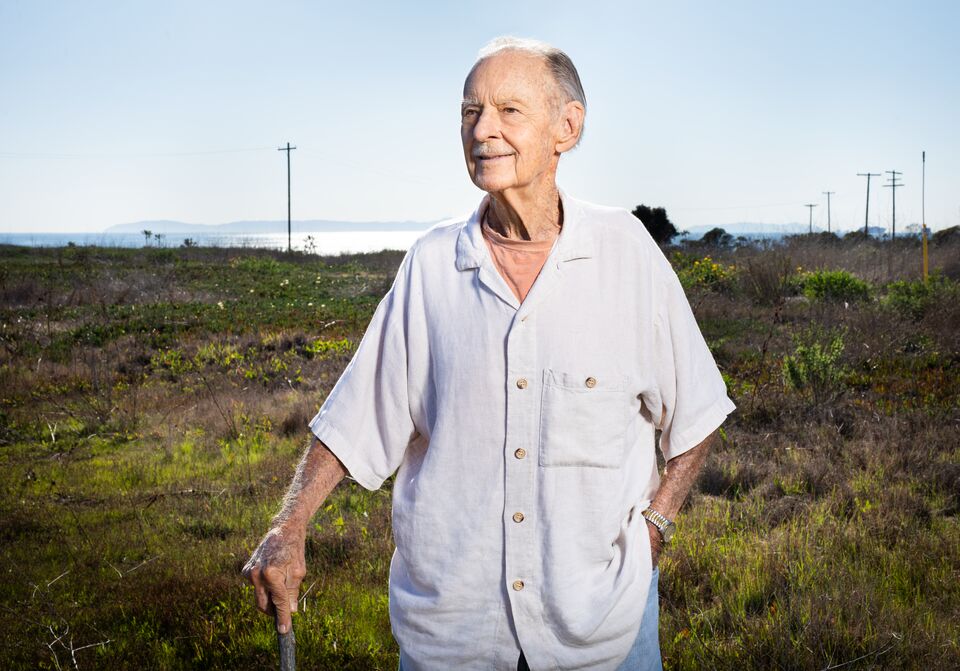 Frank Randall and his wife Joann have pledged $50 million to create a new coastal park at Banning Ranch. It’s the largest donation ever received by Trust for Public Land. Photo: Sam Comen

“I hope that what I’ve done to preserve open space for the public inspires other people in my position to do the same,” said Frank Randall on a recent visit to Banning Ranch. Until this spring, like almost all Newport Beach residents, Randall had only ever glimpsed this place through the barbed-wire-topped fence that surrounds it. “I’m just amazed at how beautiful all of this is. I hope to be able to come here and enjoy watching the public, enjoy this park. That’s what I hope,” said Randall.

Looking toward the Future

Bolstered by the Randall’s extraordinary gift, we’ve recently secured exclusive rights to purchase and protect Banning Ranch, and transform it into the amazing public park that the community needs and deserves. Over the next 16 months, we’ll work alongside Banning Ranch Conservancy to raise public funding from the State of California and private donations with support from the Orange County Community Foundation for the remaining cost of the land. Then we’ll begin to remove hundreds of oil wells, clean up decades of pollution, and restore natural ecosystems.

After that? “Then we can begin to dream with the community,” says Rodriguez. “We’ll invite the public to think about what Banning Ranch can be, and work alongside them to make those dreams come to reality.” From campgrounds to trails to playgrounds, and with intention to honor the Tongva and Acjachemen people whose ancestral territory includes Banning Ranch, the future of this land is up to people like you to decide. “There are no designs for the future. There are just a lot of great ideas,” Rodriguez says. 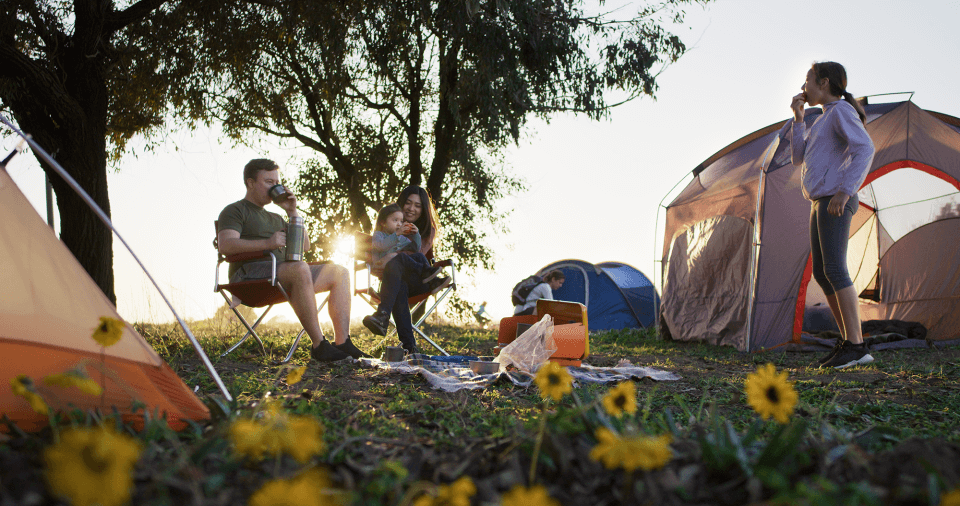 Trust for Public Land has recently secured exclusive rights to purchase and protect Banning Ranch, and transform it into the amazing public park that the community needs and deserves. Photo: Reuben Herzl/Groundmaking

Transforming Banning Ranch into California’s newest beachfront park is a big job—and it won’t happen without support from people like you. Contact your elected officials and let them know you believe in the importance of parks for all, and connect with us to learn how you can play a part in the future of this outstanding place.