A Texas refuge welcomes butterflies on the move
By Trust for Public Land
Published March 27, 2017
Spread the Word

A Texas refuge welcomes butterflies on the move

Familiar but striking, delicate yet tough, monarch butterflies endure of one nature’s most grueling voyages, fluttering thousands of miles between their summer range across northern North America and their wintering grounds at a handful of Oyamel fir forests in the mountains west of Mexico City. Along the way, they follow a funnel-shaped migration path that passes straight through Texas Hill Country. This time of year, the monarchs are on the move, passing through the Lone Star State by the millions on their way back north.

But in recent years, Texans have noticed the migration slowing to a trickle. “Monarch populations are way down from historical norms,” says Kyle Kasten, a biologist with the University of Minnesota’s Monarch Lab who’s studied butterfly habitat along the Texas flyway. Since researchers began keeping count in the mid-1980s, Kasten says the population has declined by roughly 90 percent. “Right now, we think the primary cause of decline is loss of milkweed—which monarchs need to breed—due to herbicides in the rural Midwest. But climate change is adding unknowns and stressors, too.” 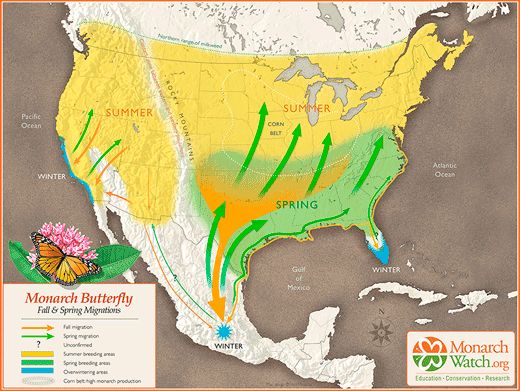 Individual monarchs typically don’t live long enough to complete the migration. Instead, they lay eggs which will hatch and continue the journey. It takes a many as four generations to reach the wintering grounds in Mexico.Photo credit: Monarch Watch

Since the vast majority of migrating monarchs will pass through Texas on their way to and from Mexico each year, the state has an important role to play in the butterflies’ survival. Take Balcones Canyonlands National Wildlife Refuge, an expanse of ashe juniper forests and oak savannahs, steep limestone canyons, and sunny meadows northwest of Austin. The refuge was established in 1992 to safeguard habitat for songbirds like the golden-cheeked warbler, an endangered species that nests only in the Texas Hill Country. But these days, the refuge is also an increasingly important stopover for migrating eastern monarch butterflies.

Over the past two decades, The Trust for Public Land has added more than 3,000 acres to Balcones Canyonlands, most recently the once-private preserve at Peaceful Springs. Volunteers have pitched in to restore pollinator-friendly meadows within the refuge, collecting native plant seeds in the fall and planting them in the spring. When the plantings take root, migrating monarchs will find fields bursting with nectar-rich wildflowers for resting and laying eggs. A new “pollinator trail” near the refuge’s headquarters offers visitors a chance to wander through a restored meadow abuzz with hard-working birds and insects. 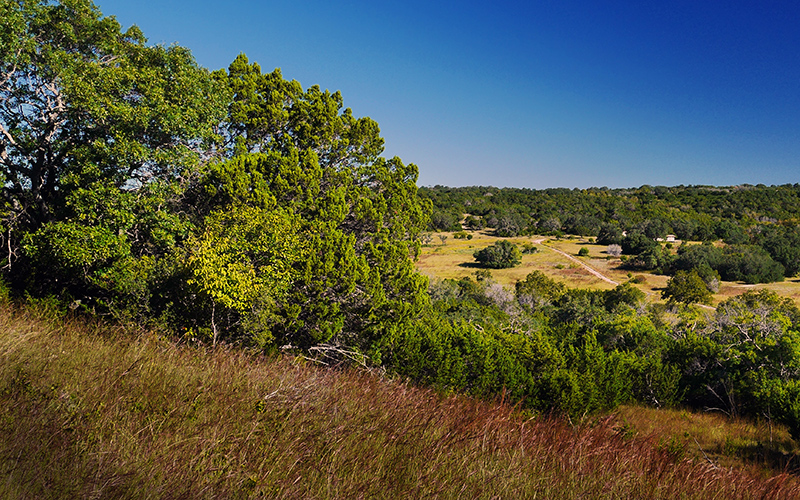 “Restoration projects like these are incredibly labor-intensive, and much of it has to be done by hand,” says Scott Rowin, a biologist at the refuge. “We needed volunteers to get the work done, and people really turned out to help, because they understand how fragile the monarchs’ survival is right now. And that’s true of many other important pollinator species, too.”

Joan Mukherjee gets it. As a board member for Friends of Balcones National Wildlife Refuge, she’s helped organize restoration workdays, community outreach, and celebrations to welcome the monarchs in spring and fall. A retired chemist by trade but a botanist at heart, Mukherjee was also a donor to the fundraising effort to protect Peaceful Springs. “It’s a beautiful, rich area that has been very well managed by its prior owners,” Mukherjee says. “The plant diversity out there is outstanding—including lots of good pollinator habitat.” 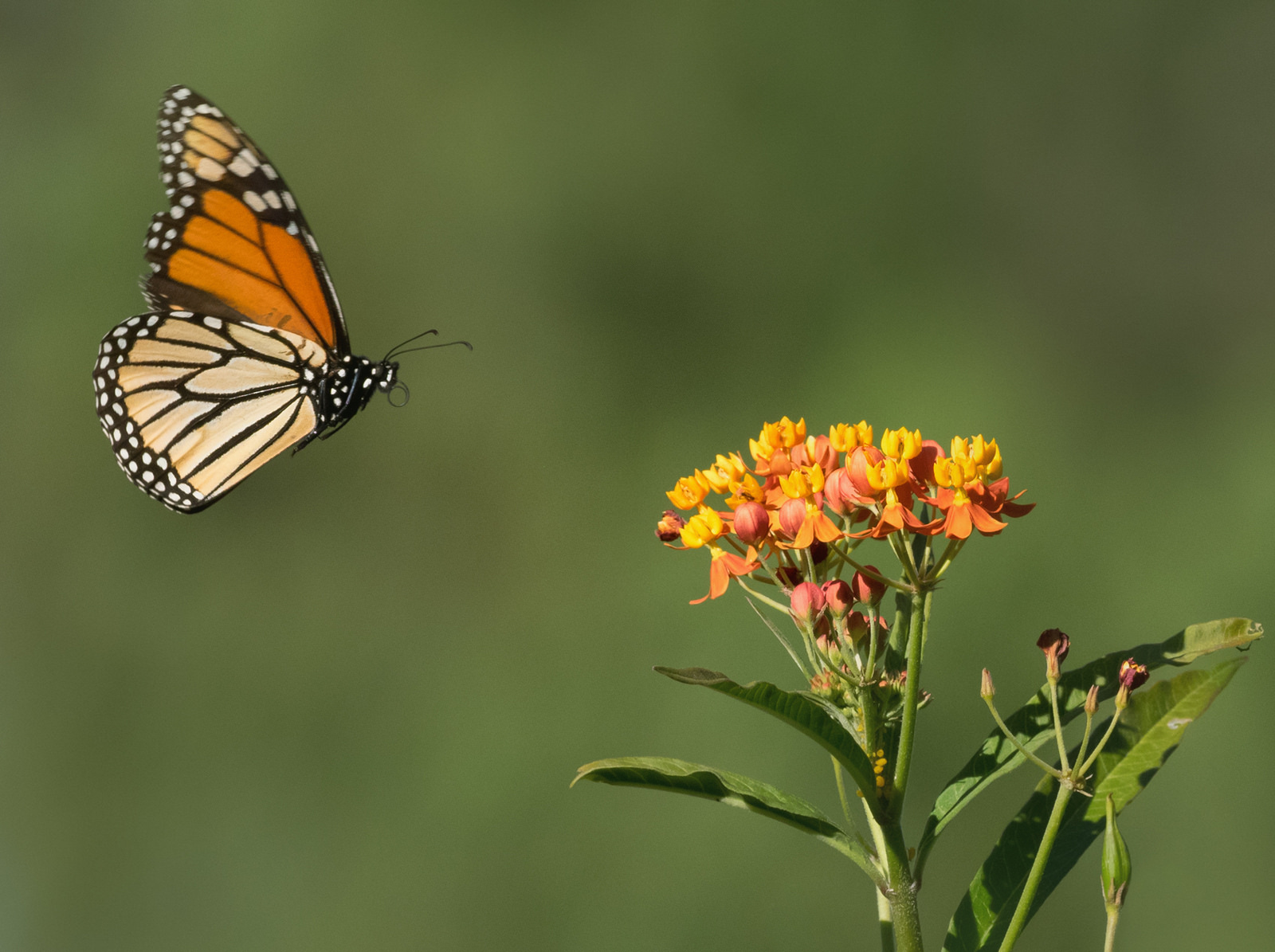 Mukherjee, who lives on a ranch across the road from the refuge boundary, says that she’s motivated to help by watching the changes in Hill Country over the 30 years she’s lived there. “When I moved out here, it was remote, way outside the hustle,” she says. “But the Austin metro has grown so fast—it feels like the city’s practically at my doorstep now.” Development has stressed the water supply, changed the wildfire cycle, and made it harder for people to find the peace and quiet they need.

“It’s important for everyone to get away from the hubbub—phones, traffic, radio, noise—our brains need a reset,” Mukherjee says. “That’s one reason I spend so much time at the refuge and have put so much of myself into it over the years: it’s good for us humans to get out, smell the flowers, and greet the return of the butterflies each year.”

01 / 09
Urban Trails Are Part of the Climate Change Solution

06 / 09
Staying close to home this spring? Plant a pollinator garden.

07 / 09
In Dallas, new ways to move forward amid the coronavirus crisis

08 / 09
Seven years after Sandy, how cities are preparing for future storms

09 / 09
A Texas refuge welcomes butterflies on the move