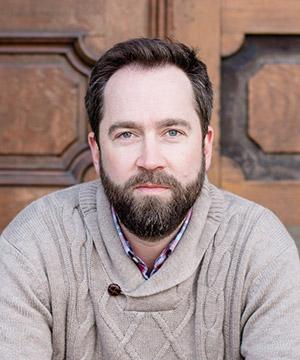 Background and expertise: Lucas was born and raised into a subsistence living family in the North Woods of Maine, with no running water or electricity for most of his childhood. He left that lifestyle to attend a boarding school in the Western Mountains of Maine and went on to study abroad, pursuing a Culinary Arts degree at Le Cordon Bleu in London. Lucas worked in the beginning of his career in the restaurant and wine industry in New York City, Maine, and Seattle.

In 2011, Lucas took over his family’s operating foundation, Elliotsville Foundation, Inc. The Foundation owns 125,000 acres of timberland in Northern and central Maine that they have been purchasing since 1998. They have been managing the land and adding infrastructure for recreation over the last several years. To celebrate the 100 anniversary of the National Park Service, President Barack Obama accepted the gift of 89,000 acres of land from Elliotsville Foundation and created the newest unit of the National Park Service, Katahdin Woods and Waters National Monument on Aug 24th, 2016. Lucas and the Foundation continue to play a role in the development of the region and enhancing the community’s ability to capitalize on the newly realized asset.

Beyond the restaurant industry and land conservation, Lucas has a strong interest in outdoor pursuits. He has hiked the Appalachian Trail, paddled the Northern Forest Canoe Trail, taken a NOLS semester in Patagonia and has climbed peaks in Alaska, Washington, Peru, Chile and Argentina. He has also worked as a fly fishing guide and helped Eddie Bauer with designing fishing apparel. He has had the great fortune to fish in some of the most beautiful waters in the world.

Lucas lives in Hampden, Maine with his wife and two children.