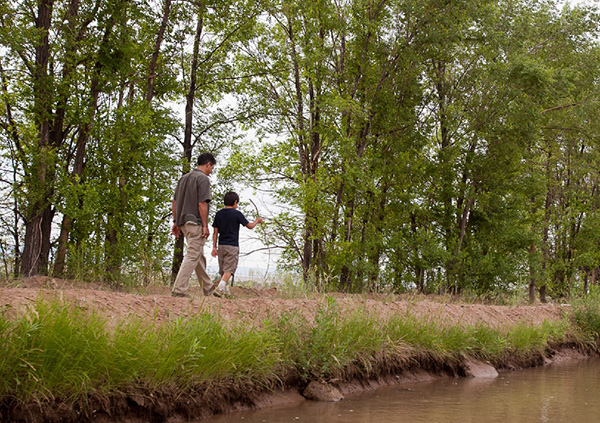 In late September 2011, Secretary of the Interior Ken Salazar designated this area as New Mexico’s first urban national wildlife refuge. In 2012, this property was officially named the Valle de Oro National Wildlife Refuge. In 2014, The Trust for Public Land worked with the US Fish and Wildlife Service to finalize the creation of the refuge. The new refuge, which is within a half hour drive of nearly half of New Mexico’s population, is a place for people to connect with and learn about the natural world, and provides valuable wildlife and bird habitat.