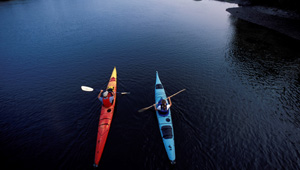 Located along 50 miles of coastline in York and Cumberland counties, the Rachel Carson National Wildlife Refuge is one of the most significant networks of conservation land in southern coastal Maine. The refuge was established in 1966 in cooperation with the State of Maine to protect valuable salt marshes and estuaries for migratory birds. Because the refuge’s holdings—some 5,300 acres—are scattered along 50 miles of increasingly developed coastline between Kittery and Cape Elizabeth, they are especially vulnerable to the impacts of suburban sprawl. The Trust for Public Land is committed to a long-term partnership with local communities and the Rachel Carson National Wildlife Refuge to conserve critical properties in southern coastal Maine including Timber Point, Shorebird Point, and Fortune Rocks.