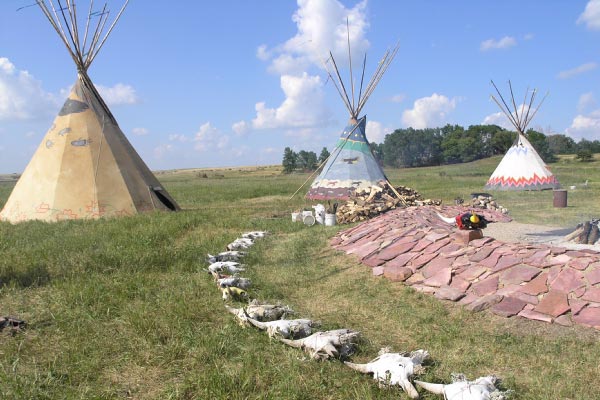 For centuries Native Americans have come to quarries in southwestern Minnesota in search of a red stone known as catlinite, from which to carve pipes for personal and ceremonial use. Pipes and pipestone were central to the religious and ceremonial culture of Plains peoples and became valuable trade goods. In 1937, Pipestone National Monument was created as a unit of the National Park Service to protect the quarries, permitting digging only by Native people. The park also protects archaeological resources and natural features such as Winnewissa Falls on Pipestone Creek. In 2007, the local school district sought to sell 15.3 acres it owned adjacent to the monument, raising the possibility of development close to Winnewissa Falls in an area that could contain significant archaeological resources. TPL purchased the land and in April 2007 donated it to the National Park Service.