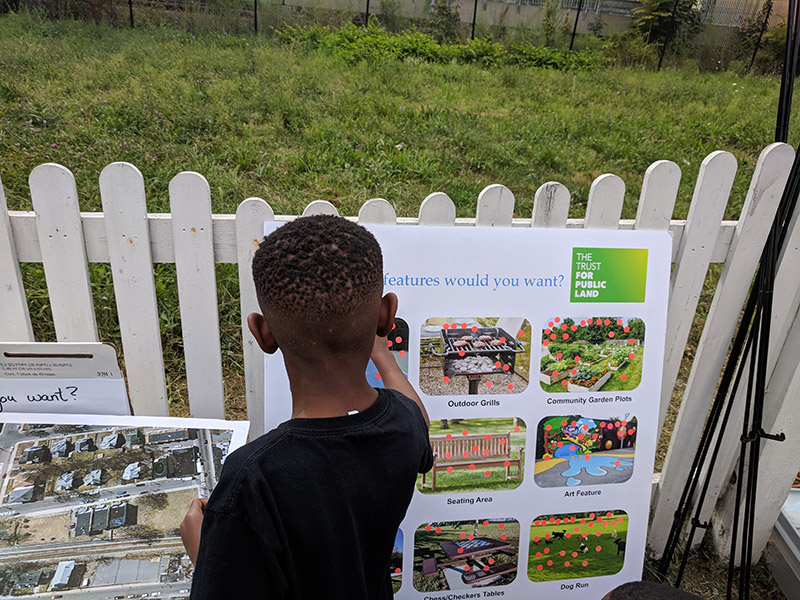 In Dorchester’s West of Washington neighborhood, Norwell Street follows the tracks of a commuter rail line. It’s a narrow residential street with few trees, and is frequently used by speeding cars as a shortcut. Vacant lots have sat underutilized for years, an eyesore for the neighborhood’s residents. But, thanks to years of work by community advocates, the street is now along the planned Fairmount Greenway, a 9-mile urban trail through Boston’s Dorchester, Mattapan, Hyde Park, and Readville neighborhoods, called for in the City’s transportation plan.

The Trust for Public Land is working with the West of Washington Coalition, Fairmount Greenway Task Force, City of Boston, and other partners to begin greening the stretch of Norwell Street next to the new Talbot Avenue train station. A group of vacant lots has been acquired to create a new neighborhood park, and adjacent parcels have been secured for new affordable housing units. As part of the community park design process, The Trust for Public Land is staging a pop-up park, which will provide local residents with opportunities to try out potential park and streetscape features, and begin the process of making Norwell Street more green and climate-smart.