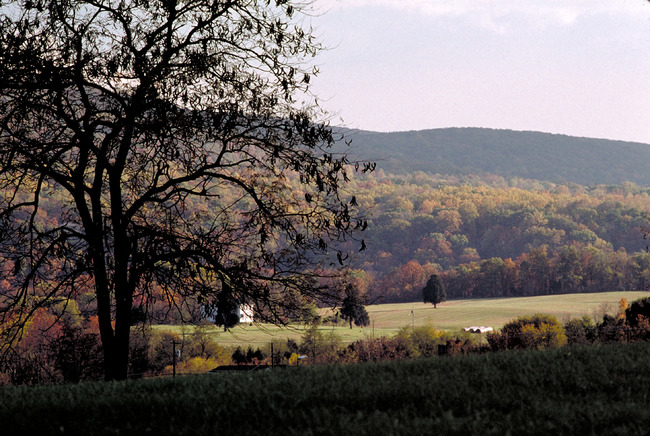 The 99-acre Murphy Farm on the banks of the Shenandoah River has witnessed more than its share of American history. On its sloping fields in 1862, Confederate General A.P. Hill forced the surrender of 12,000 Union troops and concluded General “Stonewall” Jackson’s brilliant siege of nearby Harpers Ferry. Later, Murphy Farm was home to a famous brick firehouse that had become known as “John Brown’s Fort” for its role in the abolitionist’s 1859 raid on the Harpers Ferry that helped spark the Civil War. After it was moved to the farm, the elegant little firehouse-fort with its rhythmic archways and wooden cupola became a touchstone of African-American history. It was to the Murphy Farm and John Brown’s Fort that W.E.B. Dubois and other members of the Second Niagara Movement (which later became the NAACP) made a barefoot pilgrimage in 1906. In 2002, TPL helped add the farm to Harper’s Ferry National Historical Park, preventing a 188-home subdivision that had been planned for the land.

As the nation marks the 150th anniversary of its great civil conflict (1861-1865), TPL celebrates Georgia’s Resaca Battlefield, the latest of many TPL Civil War conservation projects including the Chickamauga and Chattanooga National Military Park in Tennessee, and Morris Island, in Charleston Harbor