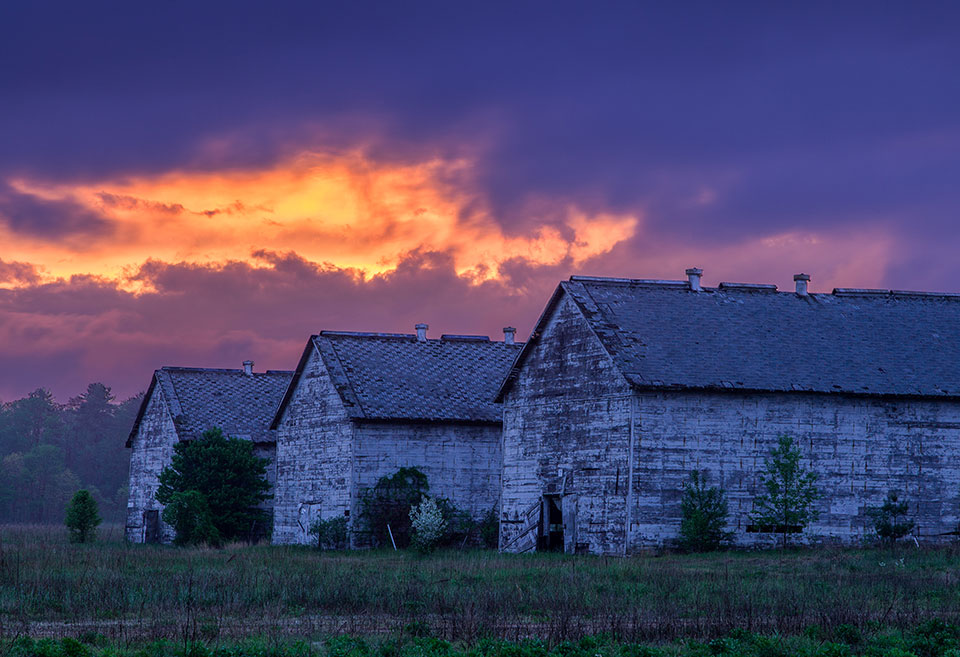 In the 1940s a teenage Martin Luther King Jr. spent two summers working on the tobacco farms in Connecticut’s Farmington Valley. Historians say the experience shaped Dr. King’s worldview in important ways. But today, the story of his time in this valley isn’t well known, even by many locals.

But now that history, which was at risk of being lost altogether because of potential development, will be preserved for future generations.

In September 2021, The Trust for Public Land and the Town of Simsbury announced the protection of Meadowood, a historic and culturally significant swath of land where King and his fellow students once lived and worked. The 285-acre property, which looks about the same as it did more than 75 years ago, offers important connections to Civil Rights history in Connecticut. Join us: Make a gift today.

Here’s what motivated us to get involved:

In 1944, while much of their regular workforce was away at war, tobacco growers in Connecticut recruited seasonal laborers from around the country to keep their farms running. As a student at Atlanta’s Morehouse College, Martin Luther King Jr. joined a group of his fellow students who ventured north to work in these fields. In letters home during those summers, King described the liberating experience of getting out from under the Jim Crow laws of the segregated South. “I had never thought that any person of my race could eat anywhere, but we ate at one of the finest restaurants in Hartford,” he wrote to his mother.

Today, just two percent of sites listed in the National Register of Historic Places focus on the experiences of Black Americans. This collective oversight deprives all Americans of a full understanding of the history of our nation. The Trust for Public Land is working across the nation to accelerate the preservation of sites, such as Meadowood, that tell the story of Black life in America.

To preserve the history that remains—and ensure that future generations have a chance to explore it for themselves—The Trust for Public Land is part of a coalition, along with the State Historic Preservation Office, that had been working to protect the property from development and restore some of its historic barns. Now that it is protected, Meadowood can be included in the Connecticut Freedom Trail, a network of sites associated with Black history across the state.

“We knew Martin Luther King worked here in the summers, but we didn’t know the impact it had on his career and his life,” said Todd Levine, coordinator of the Freedom Trail. “The uncovering of the letters showed how much it changed his life. He said this is the ideal, where I can go to restaurants and the movies like a regular person. He brought that ideal back with him to South.”

This land sits between the Great Pond section of Massacoe State Forest and the 4,400-acre McLean Game Refuge. Transferring this land to public ownership creates the opportunity for an expansive network of new trails and access points for hiking and exploration for neighbors and visitors.

Community-generated ideas for the site could include trails, educational and historical interpretation areas, community gardens, and areas for wildlife viewing, picnicking, and youth sports.

With farmland giving way to real estate development across much of Connecticut, the Meadowood property plays a critical role in preserving that part of the state’s heritage. A conservation easement will also protect 117 acres of prime farmland, which can be made available to local farmers in perpetuity.

Farmland has a part to play in helping birds and other wildlife. Since the 1860s, many of the state’s meadows have been lost as land once cleared for farmland has reverted to forest or developed for housing. This is a vital stretch for birds that meadow-hop up and down the Eastern Seaboard, migrating birds rely on these fields to sustain themselves along their journey.

To preserve Meadowood—and ensure future generations have a chance to explore it—we’re working with the Town of Simsbury, the State Historic Preservation Office, partners, and community members on plans to restore some of the historic tobacco sheds and create elements that tell the farm’s story. Your donation will create a new park that celebrates the history of this special place and can be enjoyed by the whole region.

Donate to the campaign for Meadowood today.