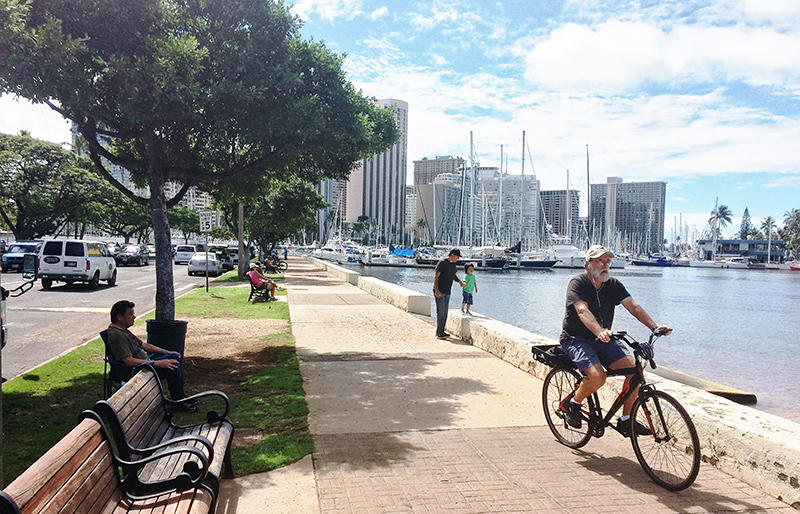 Imagine a 30-plus-mile multiuse path along O‘ahu’s South Shore connecting Waikiki to West O‘ahu that would provide some 600,000 residents with easy access to the island’s shorelines and green spaces; a path where hikers, bikers, walkers, and runners could exercise and connect with nature in and around Oʻahu’s urban coastal neighborhoods.

The Statewide Comprehensive Recreation Plan (SCORP 2015) surveyed thousands of recreational enthusiasts who identified  walking, hiking, and biking facilities as top priorities, and would like multiuse paths to allow for safe and easy connections between neighborhoods and to Honolulu’s parks, beaches, and attractions. A Current Conditions Study has shed light on the fact that the concept of a Lei of Parks – along the waterfront from Waikiki to West Oahu has lingered for almost a century.

The Trust for Public Land, together with Blue Planet Foundation, Hawaii Bicycling League, the Hawaii Community Development Authority, the City and County of Honolulu, and National Park Service trail planning staff, are working to explore strategies that would make this century long community dream a reality.