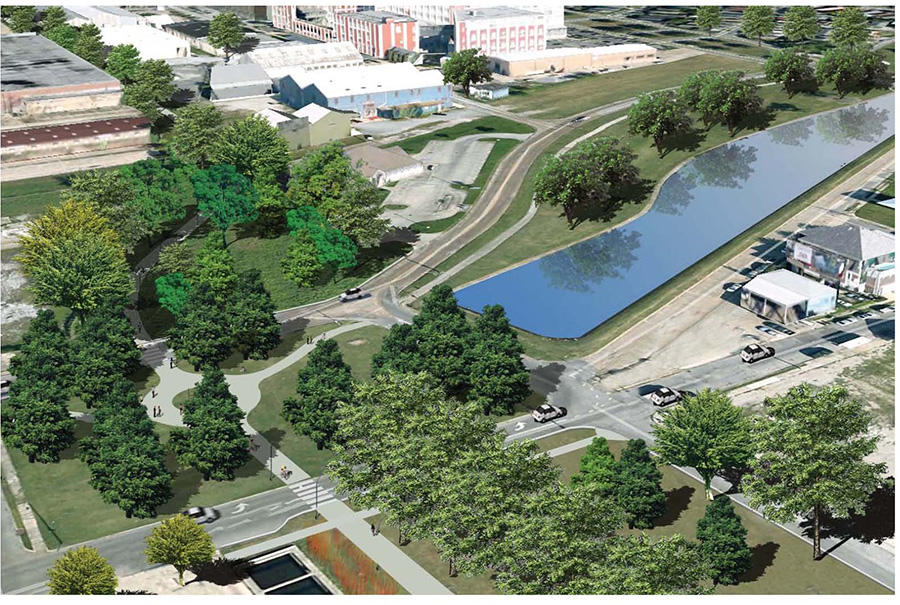 The Lafitte Greenway is one of the city’s most promising and exciting new parks. This 2.6 mile bike and pedestrian path stretches through some of New Orleans’ most historic neighborhoods including the French Quarter, Treme, Mid-City and Bayou St. John. The Greenway is more than a new transportation route—it also connects residents and neighborhoods, captures stormwater, and guides tourists into the heart of the city’s most unique cultures and communities.

In 2010, we bought a 17-acre parcel at the gateway to the Greenway, the first step in bringing a decades-old vision of the Greenway to reality. We are continuing to work closely with the city to determine best practices and next steps to ensure that Lafitte Greenway reaches its full potential as a community asset.