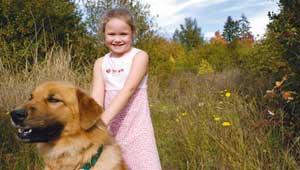 Contrary to its name, the rapidly growing neighborhood of West Portland Park offers residents no park playgrounds or community gathering places. In 2000, Portland Parks & Recreation asked TPL to help acquire a 1.7-acre property in the neighborhood. Named for the holly trees that grow there, Holly Farm is ideally located for a neighborhood park, at the center of the neighborhood and within a few blocks of an elementary school, a mosque, a library, and a Head Start center. Thanks to the generosity of donors to TPL’s Oregon Communities Conservation Fund, TPL was able to hold the property off the market until the parks department could line-up its funding and acquire the land. The park opened in September 2007.